Santa Rosa in Sonoma County is very diverse. There are many high end hotels and restaurants if you are looking for that but there are other options as well.

In what is known as the SOFA arts district are two places you should know about. The area is known as SOFA because it is South of A Street and actually has an annual sofa parade during its Winterblast street festival. 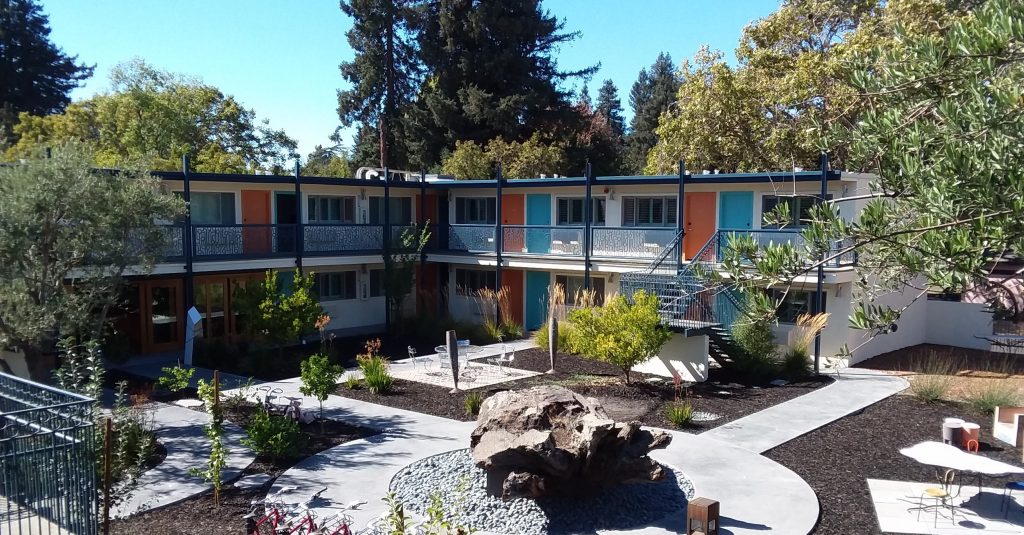 Acclaimed Chef Liza Hinman took a big chance when she opened The Spinster Sisters restaurant in 2012 in the under-served SOFA area. But the risk has clearly paid off with the restaurant’s popularity and accolades, most recently being awarded Best Restaurant in 2017 by the North Bay Bohemian. Being lauded by others as well (such as Michelin, SF Weekly, Eater and Wine Enthusiast) are just additional examples of the kudos they have received, serving Liza’s continually evolving menu featuring local products.

Truly, upon entering this restaurant, you know immediately that you wish it was in your neighborhood. A lot of adventurously prepared small plates (like smoked trout dip, pork belly sliders, steamed mussel mouclade, among many others) were keeping a large crowd in a family atmosphere very happy.  The very fairly priced wine list is intriguing as well, with a nice selection of local wines combined with other California and international choices. The by-the-glass list includes some wines on tap, which adds to the fun. Oh, and they are open for breakfast and lunch too.

Check out their website for more info on the menus and wine selections.

Liza’s continuing commitment to the area’s development is evident in her recent acquisition and remodeling (along with her partners from The Spinster Sisters) of The Astro Motel, which is walking distance from the restaurant. Admittedly, this was another risk on her part, as the property had long been considered a blight to the area. But Liza and her team have transformed the Astro.

The Astro has 34 rooms, of which two are Doubles and two are King Suites. The rest have Queen size beds in them. Built in the early 60s, it used to look like a pretty standard “motor hotel” with rooms in a U-shaped layout with a parking lot in the middle. That parking lot is mostly gone, replaced by landscaping and an edible garden. A short walk to offsite parking picks up the overflow. Each room has its own colorful and eclectic furnishings designed by local artists and craftspeople. And all these mid-century original items are for sale.

The Astro actually opened earlier than planned, as FEMA approval granted after the fires in late 2017 for them to house displaced survivors at no cost to them, again just showing commitment to the area.

The downstairs lounge area currently serves breakfast with coffee from Flying Goat and pastries from Criminal Bakery. The lounge is a roomy place to wind down and use the free WiFi to go through emails at the end of a day of sightseeing.  The plan is to expand the offerings to include wine tasting from local producers.

The Astro is a fun place to stay. There are plenty of things to do in the area as well. One of the investors is Giro d’Italia champion Andy Hampsten and the motel rents Shinola Bikes to its guests. Also, per the website: “It’s the only place in Sonoma County where, within a five-minute walk, travelers can gaze at contemporary art or used cars, see an avant-garde theater ensemble or a team of bocce players, get a tattoo or a tintype portrait, and a taste of the some of the finest wine, beer and produce in Northern California.” Besides, you’re right in the middle of Sonoma County.

It wouldn’t be right to close this article without a big thank you to The Astro General Manager Lisa Robbins and her staff. They are a gracious group and went out of their way to take excellent care of us.