On September 27 I did a review of the book Japanese Drinks on this website; today I have a second book on Japanese Whisky alone for you. Similar in format with lots of glossy photos and understandable text, I was impressed with the work of the Japanese distillers and distilleries, their challenges, the differences between them and their Scottish counterparts and some amazing reviews of many whiskies made by six of the leaders. 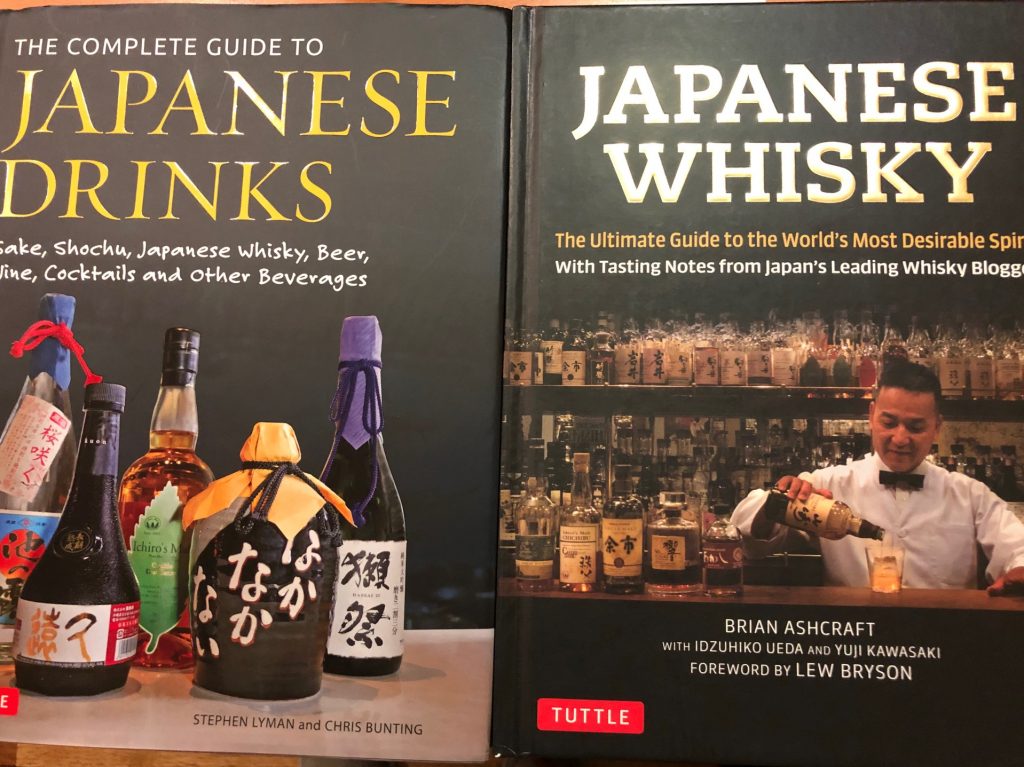 Some of the information on whisky was covered in the first book I reviewed so I will limit my review to what was new for me to share with you from this second book:

The over 100 reviews are by leading Japanese whisky blogger Yuji Kawasaki. I found these most interesting as some of the descriptors were familiar as ones I’ve used before but others, more in the line of calling up a memory, were not familiar as I don’t live in Japan. Some of my favorites include:

It’s Japanese sliding doors, a tatami room with a flower vase in an alcove and a bird fluttering from a branch. In a whisky, it’s rare to see such beauty as this. Hibiki Deep Harmony.

…it’s like a bouquet of flowers was chucked out of the glass and directly in your face. Miyagikyo Single Malt, 15 YO.

There’s Japanese incense as well as a chalky notes that is reminiscent of the lime powder used on baseball fields. The Nikka Whisky 1999, 34 YO.

There’s a warm bushel of flowers and a slightly open wooden gate leading into a house with a dining table. On it there are grapes and pears waiting to be devoured…Ichiro Malt Five of Spades.

It passes through like an arm going into a sleeve until its one with you in a relaxing and natural way. Ichiro’s Malt Two of Clubs

These descriptions made my mouth water, what about you? Get your book here à https://www.tuttlepublishing.com/japan/japanese-whisky

What a fun book! In the book Dragonvine by Steve Laine we begin by going to … END_OF_DOCUMENT_TOKEN_TO_BE_REPLACED