Before 1920, tequila was all but unknown in the U.S. But with Prohibition, by sea and by land came spirits from the country’s neighbors to the north and south. Now Los Angeles is the world’s second largest market for agave spirits, second only to Mexico City! 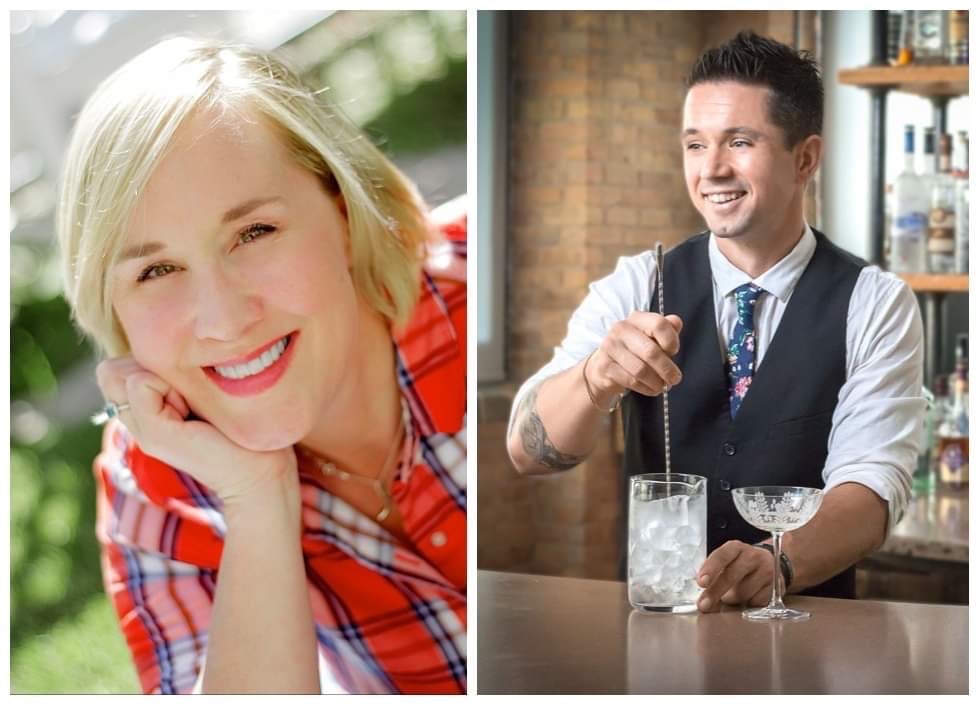 FEATURED POURS AND COCKTAILS
Patrón Tequila: Silver, Reposado, Añejo, Extra Añejo and a special surprise or two. Cocktails: Praline Old Fashioned (Patrón Añejo), Heritage Margarita (Patrón Reposado) and Paloma Verde (Patrón Silver). My favorites among the tequilas – and all were sip-worthy – were the Anejo (creamy sweet corn, vanilla ice cream, roasted walnuts and toasted marshmallow notes) and Extra Anejo (Cognac-like, caramel, vanilla, spices, chocolate, smooth, nutty). Of the cocktails I enjoyed the Margarita the best, a standard cocktail that wasn’t standard at all with its use of Patron’s own “Citronge” to replace standard triple sec.

What I Learned
Invited to the event by Philip Dobard, VP at the National Food and Beverage Foundation and President of the Pacific Food and Beverage Museum, I was looking forward to learning a few things – especially once I discovered that my local pal, Lesley Solmonson (read all about Lesley below), would be sharing some of her intel – and funny stories – on tequila:

From bartender and brand ambassador Egor Polonskiy we learned about Patron:

ABOUT LESLEY SOLMONSON
If it can be fermented or distilled, Lesley Solmonson will write about it, mix with it, and drink it. Her cocktail book, “The 12 Bottle Bar,” co-written with her husband, David Solmonson, was published in July 2014 and nominated for “Best Cocktail Book” at Tales of the Cocktail. She also authored “Gin: A Global History” and continues to evangelize about the wonders of the juniper spirit. She holds the title of Senior Editor at “Chilled Magazine” and is finishing her next book, “Liqueur: A Global History.” Lesley has contributed feature stories to the “Los Angeles Times,” “Wine Enthusiast,” “Sierra,” “Private Clubs,” and “Liquor.com.” She serves as Curatorial Consultant & Drinks Historian at The Museum of the American Cocktail.

ABOUT EGOR POLONSKIY
Egor Polonskiy is the West Coast Manager of Trade Education & Mixology for Patrón Spirits. He is focused on spreading knowledge of Tequila Patrón and conducting mixology events, trainings, and spirits seminars. Egor has dedicated many years to studying and teaching about the world of spirits, making award-winning cocktails and polishing his unique techniques of the bartending profession.

ABOUT PATRÓN
Agave ripens slowly: Every eight or so years. So our skilled Jimadors take great care to find and uproot only those Weber Blue Agave with optimal sugar content. Using a sharp tool called a Coa, they strip away the leaves to reveal the heart of the plant, the piña.

After being hand-chopped, our piñas are baked in small brick ovens to ensure they’re cooked evenly. Then, they’re crushed by a two-ton volcanic stone Tahona wheel and a roller mill.

The resulting mixture is fermented for three days, distilled and, in some cases, aged in handmade barrels. Two months at minimum for Patrón Reposado and all the way up to ten years for Extra Añejo 10 Años, our oldest tequila.

The tequila itself may be the most obvious element in our craft story, but in Mexico, glass artisans measure and mold our perfectly imperfect Patrón Tequila bottles.

Our small-batch spirit is then bottled, but our attention to detail doesn’t stop there. Whether we’re sustainably harvesting fine Portuguese cork or having the masters of French crystal, Lalique, design a beautiful crystal stopper, it must be perfect.

Our entire tequila-making process takes place at Hacienda Patrón, where we only make Patrón. And we take pride in everything about it. From our eco-friendly reverse osmosis irrigation system to the agave byproduct we recycle. And most importantly, in the people involved in making our tequila–60 hands from beginning to end.

What a fun book! In the book Dragonvine by Steve Laine we begin by going to … END_OF_DOCUMENT_TOKEN_TO_BE_REPLACED