Clearly, I’ve had plenty of opportunities to have wine and cheese, like most of you. But I can’t recall the last time I had a guided pairing that would explain how, when you’re paying attention, the tasting of each is heightened – a word used by Alex of Vagabond Cheese Company – by the other. 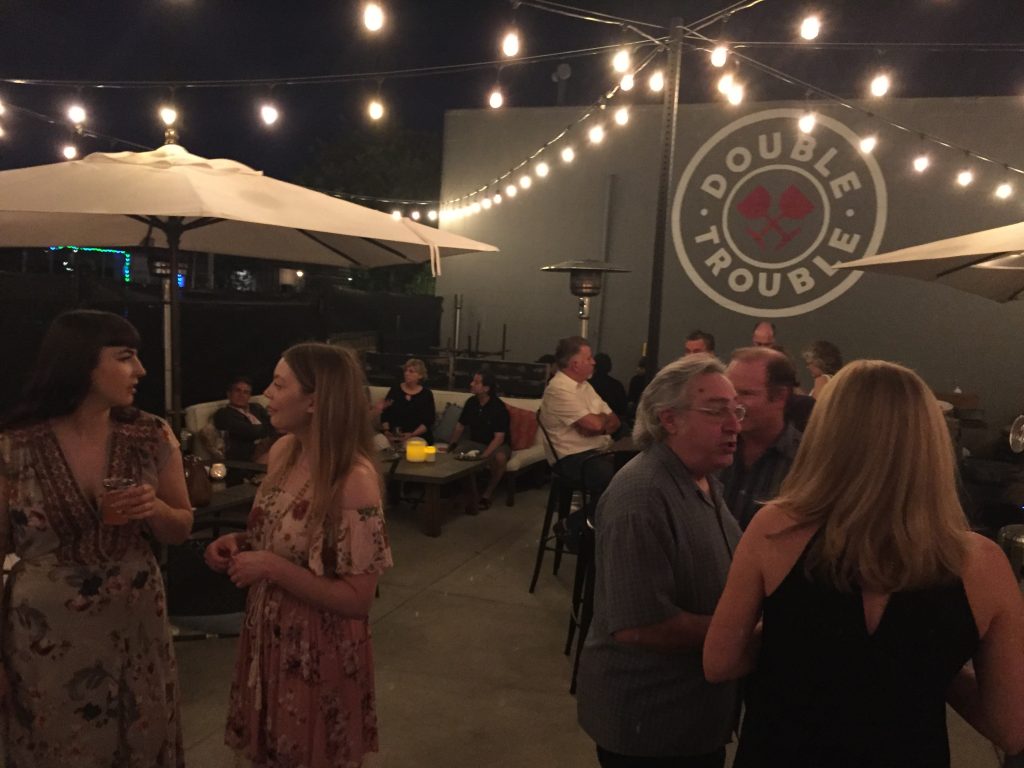 Join us for a Saturday afternoon of Wine & Cheese pairings with Vagabond Cheese Company, Hoi Polloi Winery and Pagter Brothers Winery at the Double Trouble Wine Room in Downtown Newhall. Each of these world-class wineries creates their wines by carefully sourcing grapes from the central coast of California. Pagter Brothers focuses on big, bold, red wines, while Hoi Polloi indulges their love of dynamic California Rhones, Pinot Noir and Cabernet Sauvignon.

We will be tasting through a flight of three wines from each winery, carefully paired with our artisan and farmstead cheeses. We hope you’ll join us for our first guided pairing together.

Better in a Pairing

The event began with Scott of Pagter Brothers and Doug of Hoi Polloi wetting our whistles with some of their wines, as Alex prepared our plates.

Scott and Doug, have paired well together since they met at one of Doug’s early Garagiste Festivals, and they share their tasting room as well as their wine club which includes bounty from both as well as 20% off, free tastings and parties. The tasting room is the only place you can purchase their wine. There is often live music, food trucks and now a comfy enclosed rear patio. They each make about 400 to 500 cases.

When it was Alex’s turn to introduce the cheeses he explained that “the goal is not just to have wine and cheese…the goal is to (find) that each heightens the other.” Both, according to Alex are made “better” in a pairing. The cheeses he was to serve were all completely eatable, including the rinds, as the cheesemonger prepared them that way.

We learned that not all Manchego cheese is the same. Trader Joe’s makes theirs completely by machine. Alex explained that the “terroir” in cheese comes from the cows, what they were fed and the aging. And storage should be loose, even Tupperware containers are good, and the cheese should last two to three weeks. Cut on opposite ends each time to maintain freshness.

These were my favorites: The Estero Gold wasn’t salty and I agreed; it had an interesting sesame note to it. Mennonites expertly made the Prairie Breeze. Loved the Pecorino Ginepro that had been rubbed with balsamic vinegar and then aged in oak barrels that had been previously filled with juniper berries. And of the wine – all were very nice in the tasting – I purchased bottles of the Hoi Polloi Grenache and the Pagter Brothers Syrah.

I decided, in the long run, that I needed more education on the pairings. I didn’t get a lot of the notes that were mentioned on the tasting sheet, though I enjoyed the wines and cheeses immensely!

Vagabond Cheese Company is a nomadic cheese counter, based in Los Angeles, CA. We promote the best of artisanal cheeses and support those who create them by showcasing cheese through pairings. Everything is fair game, but our specialty is craft beer. The more unusual and eccentric the partnership, the better.

We search for hard-to-find and rare cheese, always keeping seasonality in mind, in order to offer you a new experience every time we cross paths. We want to break away from pretentious tendencies, and instead invite you to have fun with your food and try something new.