SAINT-MALO, FRANCE (PRWEB) – Charles Heidsieck, one of Champagne’s most admired producers, has announced it is sending its newest releases to the US by sailboat. Featuring a cargo of a limited number of prestigious bottles, the historic journey celebrates the bicentennial of the House’s Founder, Charles-Camille Heidsieck, and will sail across the Atlantic to arrive in New York, following the journey that Charles himself took in 1852. 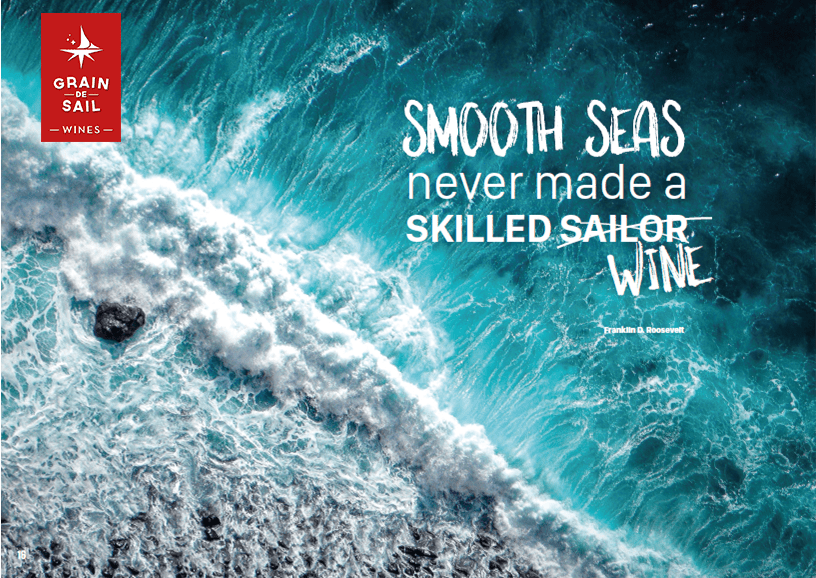 The sailboat launches from the port of Saint-Malo, Brittany, arriving in New York in time to celebrate Charles’ 200th birth date on June 17. The shipment has been entrusted to French sail company, Grain de Sail, for a transatlantic crossing on board its cargo sailboat – the first modern, regulated, merchant shipping cargo sailboat in the world – truly following in Charles’ footsteps, who made his own crossings by sea. The journey can be followed at Follow the journey on the Grain de Sail home page, https://graindesailwines.com/

For Charles Heidsieck’s Managing Director, Stephen Leroux, the partnership reflects the House’s tribute and commitment to the Founder’s sense of adventure, “Transport by sea is an integral part of our history: that is how Charles Heidsieck supplied the American market. We chose Grain de Sail as a partner because it is more than just a company, it is an adventure.

We share many key values, such as patience, a daring and entrepreneurial spirit, the world of sea, and respect for ancestral skills whilst cultivating innovation.”

Charles personally chose the US as his first market, back in 1852, as explained by Stephen Leroux, “To celebrate our 200 years of adventure, we are paying tribute to our Founder’s travels to the United States in our own way: taking our – slow – time, in a daring and entrepreneurial approach, and innovative spirit.”

For Jacques Barreau, co-founder and Executive Director at Grain de Sail, carrying the House’s legendary cargo perfectly befits their own sense of adventure, “An adventurous spirit is essential at Grain de Sail, as well as our environmental approach. I am sure that Charles Heidsieck himself would have been delighted with the partnership between our two companies, which gives special meaning to the exceptional products created by the House in tribute to its founder. It is a pleasure to be working together.”

The House has held a long connection to sailing, with several racing boats bearing the Charles Heidsieck name in global races in the 70s and 80s, including ‘Charles Heidsieck III’, especially designed for the most extraordinary international race. This great monohull sailed the Whitbread Round the World Race from August 1981 to March 1982.

The House is planning a long-term relationship with Grain de Sail, making one delivery a year via the North Atlantic, and taking on other routes as the partnership develops.

Leroux loves the idea that the shipment is not on a strict deadline to arrive to US shores, “For us, taking our time is a good thing. We leave our wines until they are fully matured, and we think that a slower pace allows you to appreciate things in life, and we really like the idea that our wines will get there when they get there.”

2022 marks 200 years since the birth of its Founder, Charles Heidsieck: a gentleman-entrepreneur with a taste for adventure, bold and pioneering. He would thoroughly and passionately pave the way of the champagne market in the mid-19th century by converting Americans to his own cuvées, earning him legendary status across the Atlantic, and the nickname “Champagne Charlie”.