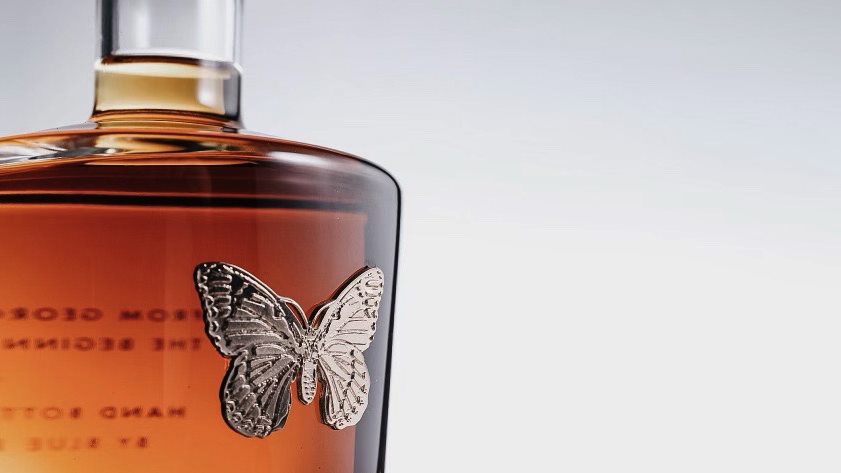 Blue Run “Reflection I” Kentucky Straight Bourbon is a small-batch whiskey which Rutledge distilled at Castle & Key Distillery in 2018. Just 200 carefully selected barrels were chosen for this bottling, each toasted to a #3 or #4 char and aged in Frankfort and Bardstown, KY. “Reflection I” is bottled at 95 proof.

“’Reflection I’ is going to appeal to both the whiskey novice and the seasoned veteran,” said Mike Montgomery, CEO and cofounder of Blue Run Spirits. “This release blends barrels with medium to deep char levels allowing us to marry some very intriguing flavor differences. It is a full-flavored sipper that truly demonstrates Jim Rutledge’s finely honed skills as a distiller.”

The name “Reflection I” was chosen by two of Blue Run’s founders who faced personal challenges over the past two years, in the middle of the pandemic and while launching Blue Run Spirits. Pulled from existing aging stocks, this refined Bourbon, at this particular proof, is what they both enjoyed during this period, allowing them to reflect on what truly matters, starting first and foremost with family.

“Reflection I” exhibits Rainier cherries and creamy butterscotch on the nose, followed by fluffy pancakes and maple syrup on the front end, fresh rosemary on the mid palate and an invigorating nutmeg finish. This bottle features precious metal sliver ink and a sterling silver coating on the brand’s signature butterfly medallion.

The company’s previous release, High Rye Kentucky Straight Bourbon Whiskey Batch 2 was also contract distilled by Jim Rutledge at Castle & Key and blended by recently appointed Blue Run Whiskey Director Shaylyn Gammon. Batch 1 sold out in minutes and was recently included in Fred Minnick’s Top 100 list and named one of the top 25 bourbons of the 21st Century by Robb Report.

ABOUT BLUE RUN SPIRITS
Blue Run Spirits is a new kind of spirits company, creating a unique proposition by tapping into the deep heritage and craft that makes a truly great whiskey, then elevating the experience to reach a younger, broader and more diverse whiskey drinker.

Haven’t done a “round-up” article in a long time. That’s where I ask pals on … END_OF_DOCUMENT_TOKEN_TO_BE_REPLACED