Ecluse Wines is owned by Steve and Pam Lock. They acquired the property in 1997 – 30 acres on the Westside of Paso Robles which they planted to Cabernet Sauvignon, Zinfandel and Syrah.

Naming the property Lock Vineyards, they sold their grapes to other wineries. They ultimately decided to also make wine instead of selling all their grapes. They named their winery Ecluse, which is the French word for the locks on the canals in the French countryside. [Get it…ecluse = lock?]

I had visited the Locks previously, and greatly enjoy their wines. I ran into Steve recently at the Family Winemakers tasting in Pasadena, and when he found out we had a trip planned to Paso he insisted we pay him a visit, even with our large group.

I am so glad we did!

Ecluse does not have a tasting room, so we did our tasting in the barrel room, going through a sampling of his wines. I enjoyed everything I tasted; my favorites were the white Rhone blend called Prelude, red Rhone blend called Rendition and the Zinfandel.

When we got to the Cabernet Sauvignon, Steve paused the tasting so we could sample the two previous vintages that were still in barrel, which really helped to provide an education as to the effects of barrel aging. Steve spent a lot of time with our group, explaining the history of the winery, a lot about winemaking, and fielding a lot of questions.

As we went through our tasting, we could hear the wind pick up. As we left, heading down the wind swirled the dust on the dirt road heading back to Highway 46, and clouds were approaching. 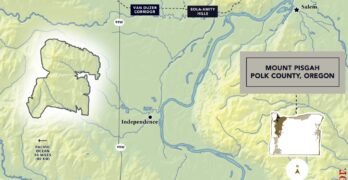