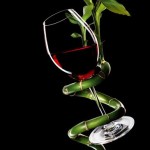 It was up to me to e-mail the Chamber of Commerce in St. Paul, Minnesota for lodging information because…well… Ed’s mom and aunt and cousin and my five-year-old all wanted to stay at a “rural” cabin by the lake.  (There are 10,000 of them in Minnesota, I know!)  And apparently, since St. Peter is the small town SCV used to be, rural meant nada on the bathroom facilities.

That should have been reason enough for me to postpone my vacation.  But I also have to contend with The Mighty Signal running so many press releases for all of our upcoming local events; I really don’t want to go on vacation at all.  Bathrooms or not.

In defense of The Signal I should say that some of the events for June and July are personal.  We simply cannot miss Mantha’s sixth birthday party.  Not to mention the “Beanie Pals” sewing class we signed both kids up for on the next day.  (Sam and Mantha learn to sew while moms learn where to find brunch for two and ½ childfree hours on a Sunday!)

Leaving before the last week of school would have caused Samantha to miss her own “share week”, kindergarten graduation and one more attempt at singing her “kaleidoscope” song with her class.  I mean what kind of parents would we be if we took her out of school for anything, anytime, anyway?

Some events like the Friends of the Library book sale and Hart Park’s Exotic Animal Fair occurred in the same weekend!  (May 19-20)  I walked off with a truckload of used books for about six bucks from Valencia library!  Even though I had more time this year because Ed took Sam to (yet another event) the open house at Town and Country Farm School I had to leave after about ninety minutes anyway due to neck strain!

Sam still was rewarded with an unused connect the dot book and a Charlie Brown story for twenty cents.  I was tempted to sneak out of work early for the last day of the sale because the “friends” promised that whatever you could fit into a shopping bag would be yours for $2.00!  But I had to remind myself that it was hard work putting together that new bookcase for Sam.
buy cialis strips online https://lasernailtherapy.com/wp-content/plugins/world-security/cialis-strips.html no prescription

(Six shelves of books for a five-year-old that’s just sounding out words may be a little excessive.)  While my own book collection was creeping into the territory over my dresser, two bedside tables and every basket near a john.

We had to park by the Historical Society for the Animal Fair so Ed enjoyed his first tour of the museum.  (The last time I visited the old train station and museum the neighbor kids that had tagged along enjoyed seeing the depot waiting area and a real adobe brick.)

Sam enjoyed watching the elephant catch and crush an apple in its jaws.  I enjoyed what I got of that Fair staple, the salty/sweet Kettle Korn, before Ed and Sam stole it away from me! The grassy area behind Hart hall, normally just leading to William Hart’s horse’s grave and a deer or two from the petting zoo, held all of the cats and dogs up for adoption.  The new Hall itself was filled with exhibitors.  Ed and I agreed it would be a nice location for what we hoped would be a reasonably priced, way into the distant future, after our only child completes her Ph.D., wedding.

At press time we will have already attended the Veteran Memorial service at Eternal Valley for the third year.  This is a beautiful event.  You know the boy scouts come out the day before and place small American flags on the graves of the men and women that fought in our wars.  Different military services are represented in a procession, song, music and heartfelt (By not just me!) inspirational speeches.  I look forward to seeing Samantha’s pride grow in her country and her respect for veterans.

There is definitely going to be a Forth of July party since I already mentioned, in my own column’s “press release”, that Lars and Cynthia are expected to host it.  My bro, sis-in-law and Cousin Joe are coming up from Tucson, I pray, to crash the party too.

This summer will also mark Sam’s fifth viewing of the seemingly longest parade in SCV history…the forth of July parade!  Last year we shared shade with Dawn Stringer, of J Sisters hair salon, who just so happens to coif the entire Bushman clan, for the three-hour parade/tour.  All I have to say is thank God for the Starbucks behind our spot and Tim Myers officiating on the corner ahead, or we would have dwelled on the horse manure smell from the fifteen riders John Boston rallied out of bed!

As much as I really…really now…want a photo of my family visiting Grandma Ellen in St. Peter, each holding up a copy of MY COLUMN, …my ego…for once…may have to take a backseat.  But will this be the year that I will be rewarded with a backseat in that old flatbed truck The Signal calls a float?  Not if I keep up the Eve of Destruction repartee I bet!  I may be forced to take a vacation after this column!