WE DID IT!  We found our dream house!  Hopefully we found the perfect realtor in Pat Riner!  (Yes, she was warned that her name would appear in print.)  We did the carousel-go-round in offers and counters and, sometime before the new millenium we will be living… just fifteen minutes away!  Away from Valley View elementary school with their new child-friendly playground.
buy amoxicillin UK buy amoxicillin online no prescription

Far from my favorite Don Cuco’s in Canyon Country.  Have to frequent a different Coffee Kiosk!  Too close to my two favorite dentists: Rosen and Amelang!  No more visits to Ms. Bea at our Canyon Country library.  Closer to dance class.  But not far enough away from the Signal to give any of you a break!

And away from the Davis’s, the neighbors from heaven.  Will we still trick or treat together in alternating neighborhoods?  How will we drop over for impromptu play dates?  What happens when the power is out in our new house, will my new neighbors be equally neighborly and invite us over for a barbecue?  It took a good seven years to break in these neighbors!

Samantha’s been reading “Ira says Goodbye.”  We borrowed it two weeks ago from the library long before this happened.  She’s at the perfect age for a move.  I can just imagine trying to pull this on her when she’s 16 and has a social life.  In fact, Eddie about had another coronary when I told him what a perfect room she had downstairs in the new house.  It has it’s own bath and she won’t wake me coming in late hours.  He forgot that my mother raised me and her rule was if you weren’t home by midnight you were out of luck and locked out.  But, then, I was scared of her for years so this ploy got me home on time.  (Not like my little sister Charlotte.)

We drove over to the new house the other day because we had a small case of separation anxiety after a long workweek.  The street was quiet, restful, and just as attractive as it had looked a few days before.  But this time the family on the corner had a lemonade stand set up.  Samantha walked right up to the other kids and shared her cat-dog shaped cheez-its she had been holding closely at her side like a cardboard security blanket.

With just a 15-cent investment I figured we had a chance to check out our new neighbors. “Grandma” was manning the fort while several children on bicycles and motorized skateboards came in and out of view on the cull de sac.

Right off, after requesting three lemonades, I let her know that we would soon be her new neighbors.  She, in turn, thanked me for being the first to stop at their stand today.  She introduced us to all of the kids, pointed out where they lived, the schools they attended and a general synopsis of the neighborhood.  Her daughter who lived in the house soon came out, and, after two minutes INVITED US IN!

She gave us a quick tour of her perfect home and, once again, welcomed us to the neighborhood.  I felt a twinge of guilt for falling into their outstretched arms so easily but soon decided that this was what I wanted: neighbors didn’t get broken in, it’s only mother’s you have to break in (through the door.)

I haven’t made the fateful call next door but I know that the Davis’s will adapt just as well to the new owners.  Because in fact, as Woody said to Buzz, “What could be worse than you?” 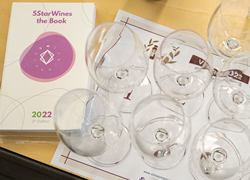