New York, NY – The theory behind Musical Pairing®, a patent-pending method of matching music to food using a simple mathematical formula, has been confirmed by a peer-reviewed study published in the Advances in Nutrition and Food Science Journal.

More than 90% of study participants reported a noticeable increase in the enjoyment of a dish when properly paired with music using the Musical Pairing algorithm. Chef and author Barbara Werner formulated the methodology to help individuals find the best beverage to complement their meal and then elevate their dining experience by accompanying it with a selection of properly paired music.

Musical Pairing is based on three interrelated hypotheses. The first is that music can influence how food is perceived and appreciated. The second is that a simple mathematical formula can define this relationship (Musical Pairing®). The third is that this knowledge can be used to enhance (or detract from) the enjoyment of a meal. The pairing is accomplished by assigning a numerical value to the components of a meal and then finding a musical match of equal value.

The present study tested the validity of these hypotheses by observing if one can alter the dining experience by manipulating the music according to the Musical Pairing algorithms.

Test dinners were held in five U.S. states, with subject diners unaware they were taking part in a research experiment to avoid pre-conceived opinion. The study found that 62 out of 67 subjects (93%) found the dish to be more enjoyable when properly matched using the Musical Pairing algorithm. There was a statistically significant difference in the reported flavors of a dish when certain music selections were introduced. Also, a significant number of attendees felt that the music affected the dining experience for a period of time after the dinner. These data confirm that using a mathematical formula to pair music and food can have a positive outcome on the diner’s experience.

Scientists had previously corroborated this idea: Research by American psychologist Linda May Bartoshuk, Phd, on the ‘psychophysics of taste’ and Dr. Charles Spence, an experimental psychologist and head of the University of Oxford’s Crossmodal Research Laboratory, as well as many others have addressed various aspects of taste and its effect on the senses.

Unaware that they were designed for research, Fodor’s named these Musical Pairing dinners as one of the top 10 can’t miss pop-up experiences. Ms. Werner and Musical Pairing have been showcased at beer, wine and spirit festivals and culinary events around the country, and Ms. Werner has been interviewed by food writers and bloggers. Ms. Werner and her team are continuing to tour the country to bring their culinary revolution to all foodies, holding dinners at restaurants and teaching the technique so guests can elevate their dining experience at home.

Music Pairing is licensed by BMI and ASCAP, and all music was obtained via Spotify and iTunes and transmitted through headphones. The study was carried out using research parameters recommended by Christopher Currie PhD and in cooperation with Robert Bernstein, MD.

Musical Pairing® has completed dinners from San Francisco to NY using their mathematical technique to match music with food via a formula . . .–Barron’s 16 March 2016 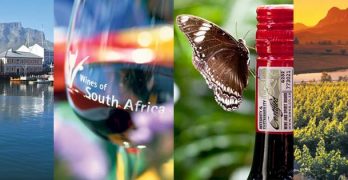