WOODINVILLE, WASH. (PRWEB) – Auction of Washington Wines (AWW) celebrated its 32nd annual weekend of charitable wine events August 15 – 17, 2019, raising over $4.5 million and hitting a new milestone for the second year in a row. The highest bid of the evening was $225,000 for a 1928 vintage Ford Roadster Hot Rod, receiving a $200,000 match from the Ellison Foundation, for a total of $425,000, the highest amount ever received for an auction lot in AWW’s history. The lot was purchased by John Goodman, a local real estate developer. 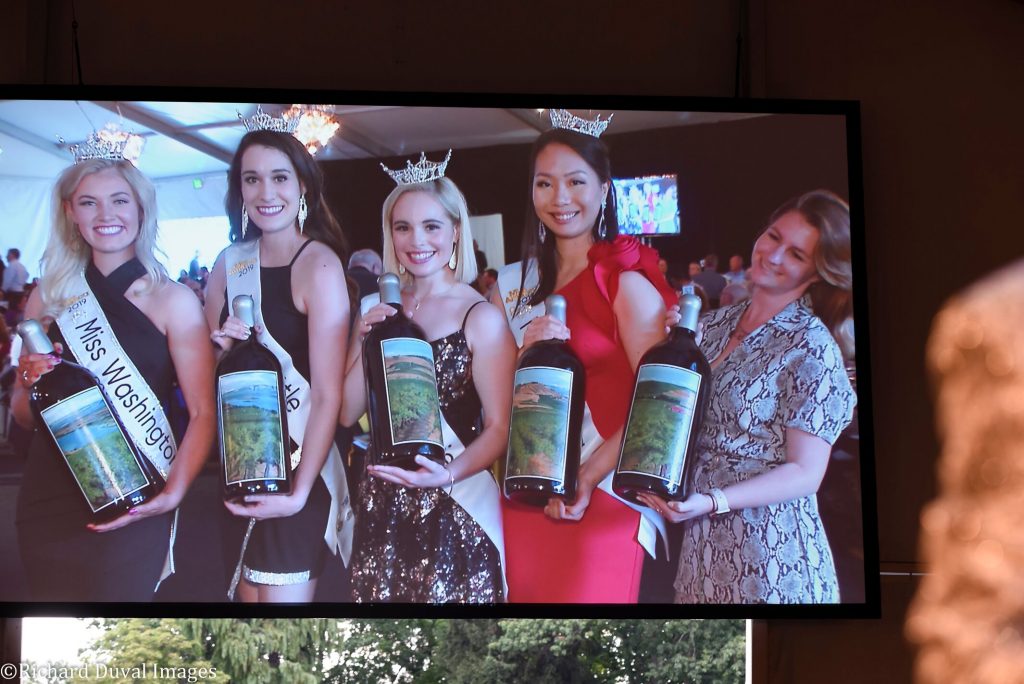 Over 200 winemakers, vintners and growers attended the events over the course of three days to celebrate, pour wines and offer wine-focused auction lots to help achieve this goal. “The Washington wine industry and its community are the perfect pair for this annual event, which had a new, palpable energy this year that attracted a vibrant audience, including veteran attendees and newcomers alike,” said Executive Director of AWW, Jamie Peha.

Private Barrel Auction (Thursday, Aug. 15): For the fifth year, the Private Barrel Auction (PBA) held at Novelty Hill-Januik winery provided a unique opportunity for retailers, restaurateurs and industry trade partners to bid on 47 lots of exclusive Washington-produced wines. This year marked the arrival of new traditions, including a Barrel Series collaboration featuring one grower and one vintner, plus a PBA Vintners Blend featuring a blended wine created in partnership with selected wineries and a sommelier. “As a winemaker who has nearly forty Washington vintages under my belt, the Private Barrel Auction is something I always try to attend,” said Rick Small, owner of Woodward Canyon Winery. “This auction gives our winery incredible exposure and the opportunity to produce something very special and extremely limited for the trade. Lastly, the fact that I’m a graduate of WSU is important too; I want our industry to improve and the Wine Science Center helps make that happen. Go Cougs!”

Winemaker Picnic & Barrel Auction (Thursday, Aug. 15): The annual picnic held on the grounds of Chateau Ste. Michelle Winery brought together more than 1,400 attendees to sample wines from more than 60 of Washington state’s top winemakers. Attendees raved about the event as they sampled dishes served by an exceptional collection of Pacific Northwest chefs and restaurateurs, including Tom Douglas and Lisa Dupar. Some culinary highlights included grilled octopus from chef Ryan Donaldson of Gather Kitchen and Bar; lamb merguez sausage sandwiches from RN74 and chef Shawn Applin; and lemon blueberry custard topped with lemon curd from Molly Moon’s Ice Cream and chef Heather Hodge. Guests bid on one-of-a-kind wines during the wine barrel and silent auctions and tested their luck in a raffle for prizes, such as a 7-day cruise from Holland America Line.

Winemaker Dinners (Friday, Aug. 16): Winemaker dinners took place at private estates around the greater Seattle area on Friday evening. Each dinner was conceived, created and served by all-star local chefs and paired with Washington state wines poured by the winemakers themselves. The sold-out events included pairings such as Ambassador Wines of Washington, Damsel Cellars and The Walls with chef Maggie Trujillo of Aerlume, hosted at a lakeside home in Sammamish, Wash.; DeLille Cellars and Quilceda Creek with chef Jason Stoneburner of Stoneburner and Bastille at the historical Kerry Mansion overlooking Seattle on Queen Anne hill; and Betz Family Winery and Long Shadows with chef Jesus Boitres of El Gaucho, hosted at a waterfront home in Gig Harbor, Wash.

Gala (Saturday, Aug. 17): The Gala is the grand finale that culminated the weekend of events and featured live and silent auction lots. The live auction portion of the event raised $1,563,300. Auction lots of note included a private dinner with Nathan Myhrvold and winemakers from Kobayashi Winery, Reynvaan Family Vineyards and Upchurch Vineyard, which sold to Gary Rieschel for $90,000; a trip to Argentina’s wine country arranged by AWW Co-Chairs Juan Muñoz Oca and Jessica Munnell, which was doubled to two trips on the spot and purchased by both John and Csilla Prunier and Teresa and Tim Gable for $55,000 each; and a trip to South Africa for a luxury safari, provided by Steve and Bridgit Griessel, which was purchased by Michelle and David Dufenhorst for $65,000.

ABOUT THE AUCTION OF WASHINGTON WINES (AWW) Since its inception in 1988, AWW has raised more than $50 million, benefitting Seattle Children’s and Washington State University Wine Science Research. AWW was listed as the top 3 U.S. Charity Auction in the nation by Wine Spectator. Events hosted by AWW give wine lovers the chance to support the Washington wine industry and families in our communities around the region. The 2020 Auction of Washington Wines events will take place next August. Major sponsors for 2019 included Wells Fargo, CenturyLink, Chateau Ste. Michelle, Ferrari of Seattle, The John L. Scott Foundation, The Seattle Times, King 5 TV, iHeart Radio, Holland America Line and Wine Spectator Magazine. For more information, go to http://www.AuctionofWaWines.org.