The city of Stockholm first appears in the Norse sagas as Agnafit and Heimskringla in connection with the legendary King Agne. Since 1252, the mines of Bergslagen have made the city an important site in the iron trade. To add to Stockholm’s allure, this beautiful city that has been built on a series of islands and is affectionately known as the “Venice of the North.”

So what does one do in such a beautiful city when the temperature is 15 degrees Fahrenheit and the snow is knee deep? Today I have been invited for a very special tasting with friend and fellow sommelier, Tilde Berglund. 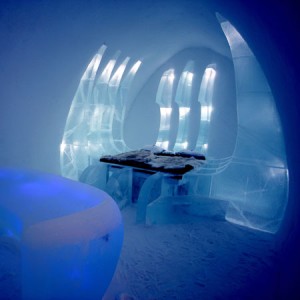 Right next to the Stockholm Central Train Station lies my destination; the Ice Bar of the city’s landmark accommodations, the Ice Hotel. Upon entry to the Ice Bar, I was quickly informed by my host that the bar’s temperature is maintained at 23 degrees Fahrenheit year round.

“Gregory, did you know that the entire interior, including glasses, is made from pure clear ice from the Torne River in Sweden’s Lapland?” Tilde queried.

“Surely you are joking,” I clearly showed my dismay.

“The hotel’s theme was designed by Sofi Nillie and Thoms Nilsson,” Tilde continued to explain that the designers intent was to play a twist on the urban lifestyle. The idea was to contrast where urban life meets the arctic.

“I would also like to add that all of the cocktails served in the Ice Bar, are made of Swedish premium liquor brands and served on the rocks,” Tilde’s tone was matter of fact.

“I must admit,” nodding in agreement. “The Ice Bar is definitely Stockholm’s coolest cocktail lounge.”

“I take it that your pun was intended,” Tilde broke out in laughter. 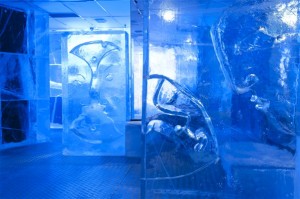 “What surprises do you have in store for our tasting?” I playfully stroked Tilde’s hand.

“I won’t bore our readers with Absolut Vodka,” she said flatly. “I realize how popular this brand is in the States.”

Back in the 1980’s with the advent of the Soviet Invasion of Afghanistan, Russian products quickly declined on the American market. This void was then filled by such  countries as Denmark, Finland, and Sweden. 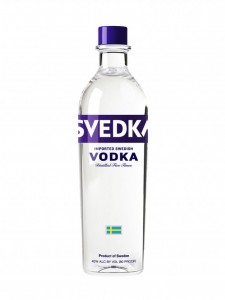 Our first selection was a most interesting vodka from Svedka. On a point of interest, ‘“Svenska,” in the Swedish language, is the word for vodka. The Svedka brand is produced in the Lidkoping area. My first reaction to Svedka was of an exceptional bouquet of crisp green apples. However, after aeration, turns peel-like and very tart. On the palate, Svedka displays a mild sweetness of fresh green apples at the mid-palate. The finish is tart, piquant, and lean. Overall, a palatable vodka.

“I also found faint aromas of sweet cream and mineral,” Tilde paused to collect her thoughts. “I also liked the lightly peppery finish of this medium-bodied vodka.”

We both agreed that this all wheat vodka, with an alcohol content of 40%, and priced at $25 a bottle, a very good buy. 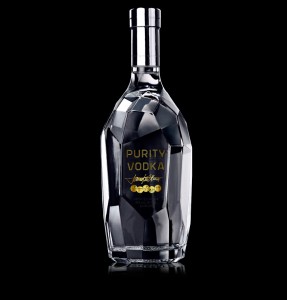 Our next selection was from Purity. Using only estate grown winter wheat and barley, this vodka is produced in a proprietary pot still at Ellinge Castle, in the south of Sweden. Unlike other vodka producers, Purity has developed a still designed specifically for vodka production. After thirty-four distillations, the remaining spirit is so refined that no filtration is necessary. Next the heart of the spirit is blended with the finest organic wheat spirit, and the pristine waters of Ellinge Castle’s very own artesian well. The final product is a vodka that is smooth, full-bodied, and loaded with character.

“I was equally surprised that after so many distillations, Purity would achieve such a flavorful vodka,” Tilde savored the spirit. “Purity is filled with distinctive earthy qualities, and complimented by delicate notes of white chocolate, vanilla, and licorice.”

Both Tilde and I agreed that Purity had created an ultra-premium vodka with a 40% alcohol content, and a worthwhile price tag at $55. 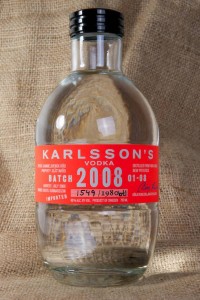 On the nose, our Karlsson 2008 had an earthy bouquet, a new potato-like quality that was slightly vegetal and just a bit salty. On the palate, my first impression was this spirit is nicely succulent, but by the mid-palate it is keenly astringent , with shale and mineral flavors that are simply too harsh and raw. The finish is bittersweet with a dark chocolate bean quality.

“I whole-heartedly agree,” Tilde shook her head. “Karlsson promise a lot but just does not deliver.”

Our Karlsson 2008 Single Vintage had an alcohol content of 40% and a the very steep price tag of $80. I learned a trick that if you add a bit of black pepper to the Karlsson 2008, it does balance out the vodka a bit. Perhaps for the potato connoisseur this would be an interesting vodka. For both Tilde and I, it just wasn’t our palate.

“Did you learn that pepper trick from the “Karlsson Girl” you dated,” Tilde playfully teased.