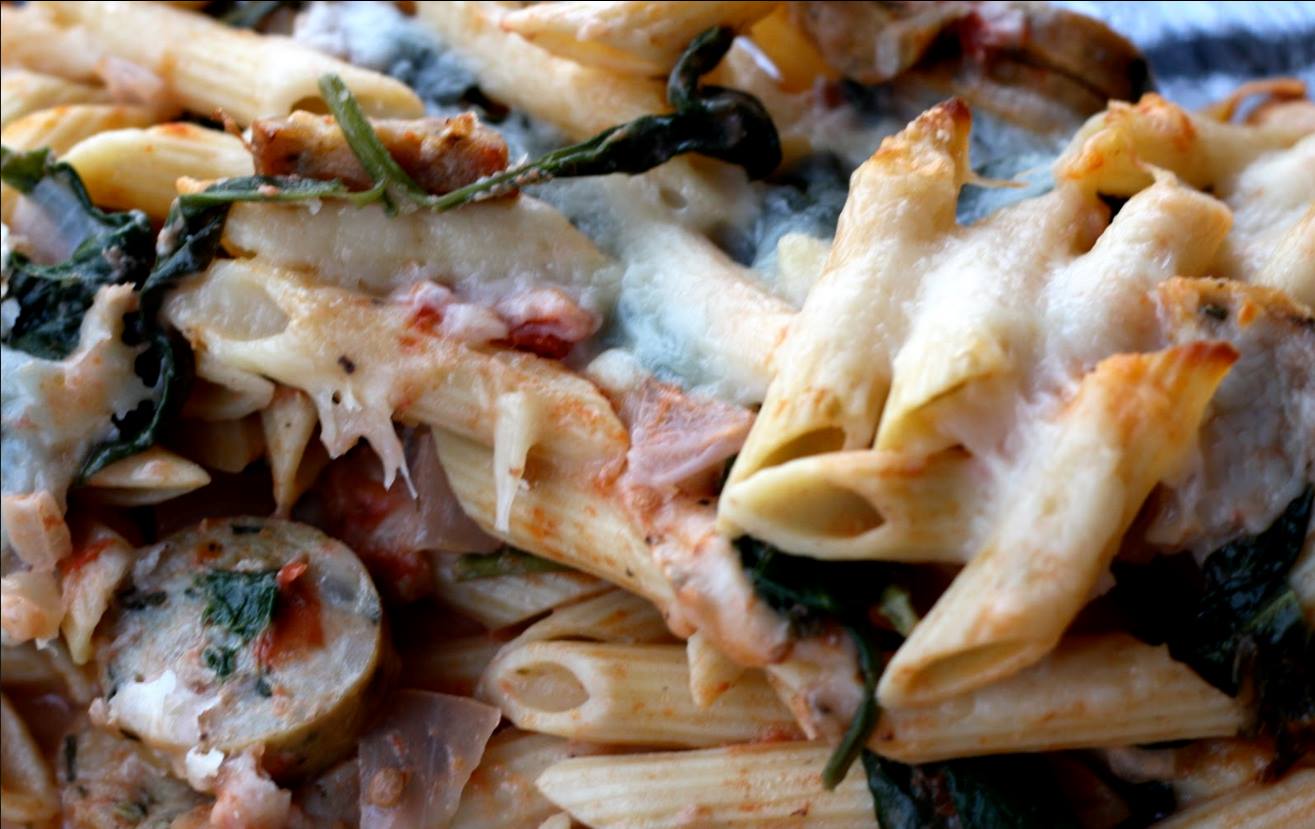 Directions:
1. Boil a large pot of salted water. Once boiling, add pasta and cook until al dente, according to package directions. Add spinach, cooking just until wilted. Drain and return contents to pot.

2. While water is coming to a boil, heat oil is a separate skillet over medium heat. Add chopped onion, cooking until translucent (approximately 3 minutes). Stir in garlic. Remove skillet from heat, stir in vodka, and return to heat, cooking until almost evaporated (about 1 minute).

3. Stir in tomatoes and oregano, cooking for 10-15 minutes, until tomatoes are falling apart. Add cream/milk and cook until warmed through (5 minutes). Season with salt and pepper.

4. Add tomato sauce, sausage, and most of the Italian cheese to the large pot with the pasta. Toss with a large spoon to coat. Season with salt and pepper.
Divide into baking dishes.

5. Top with remaining shredded cheese and parmesan. Bake at 400 degrees until browned and crisp (20-30 minutes).