If you watch the show Bar Rescue, then you are familiar with Mr. Jon Taffer, who gets asked by the owners of bars and clubs that are in deep trouble to help them stave off financial ruin.

What you may not know is that Jon Taffer really does come to that television show with a huge wealth of experience in the club and bar industry. 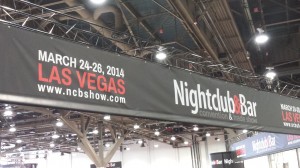 I got to see some of that firsthand recently at the 2014 Nightclub & Bar Convention & Trade Show held at the Las Vegas Convention Center. The event was held over a three day period and not only included a huge trade show to fill the main convention hall, but also provided several workshops and educational programs over the course of the three days.  The event partner was Nightclub Bar & Media Group, of which Jon Taffer is president.

Admittedly, scheduling considerations prevented me from attending as much of this event as I would have liked. But, what I did see made me want to come back next year.

One session I did attend was titled “Bar Rescue: Where are they Now?” featured a panel discussion of four bar owners who had been previously “rescued” by Jon Taffer:

The panel was moderated by Thom Greco of Greco Holdings, Inc.

If you’ve watched the show at all, you know that there is a lot of screaming and conflict, especially in the early part of the episode as Jon discovers the flaws in the bar operations which inevitably were caused by the owners. And while all that yelling might seem to be designed to be entertaining, the panelists assured the audience that those scenes were real.

After the panel discussion, the floor was opened to questions from the attendees, who were literally from all over the country. This last part was interrupted at the end when Jon Taffer himself made an appearance, reminding us all of something we already know but don’t always put into practice: You can’t expect a different result if you just keep doing the same thing over and over.

The panelists agreed that the key to their subsequent success after being involved in the “Bar Rescue” program came down to some basics, some of which were:

Have a “Wow!” factor. Whether it be the décor, a fantastic view, or concept, you need something for the customer to remember you by.

Have a consistent product. Customers want to know what to expect in their food and drink.

Know your demographic. Regardless of what dream you might have for your facility, you have to take into account what your customers are looking for.

The above items might seem obvious. But, sometimes it takes someone coming in from outside to open your eyes and help you see what’s really needed. Who’s helping you?