There were over 75 Founding Members that tasted Mystic Hills Vineyard wines for the first time during an October 11 members only dinner – all of whom had signed up to become members without first tasting the wines because they had heard the buzz. 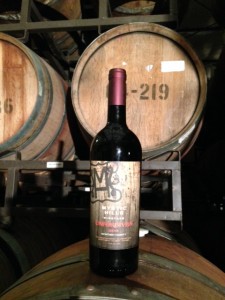 One guest wrote a thank you note to the winery that partially read, “Mystic Hills Vineyard wines – the bottled fruits of Joel and Judy Cox’ winemaking labors – were debuted, savored, and celebrated tonight at a founding members’ party hosted at the Cox’ beautiful San Miguel home. Making extraordinary wine had been Joel’s long-held dream, and it was actively in the making for the past seven years…Joel, an Academy Award winning film editor, has been Clint Eastwood’s film editor for more than 40 years…”

Other guests there for the debut also expressed their excitement over the three red wines shared: 2011 Cabernet Sauvignon with its lingering flavors of black cherry, cranberry and cassis; 2011 “Sequel” for the texture and balance of fruit and tannins; and 2011 “Unforgiven” as a crowd favorite for the plum, vanilla, mocha and dark spices. One happy member commented, “The thirty dollar bottle of wine tasted like a $100.00 bottle of wine.”

Already popular with the movie crowd due to Cox’s reputation in the industry, and the playful reference to films in the labeling, another guest in the film business quickly ordered twelve cases after sampling the wines.

Contact the winery to schedule a tasting or to discuss membership: 805-610-1099 or email at info@mystichillsvineyard.com.

Who likes sparkling wine? The ultimate wine for celebration, and celebrated as a … END_OF_DOCUMENT_TOKEN_TO_BE_REPLACED