After making a German Rouladen one day hubby asked for a chicken version the next. Always happy to use up left overs in another recipe and I had plenty of bacon leftover from the Rouladen. This recipe didn’t call for bacon, but heck, bacon is always appreciated, eh? So I found a Chicken Cordon Bleu recipe from Taste of Home, and I think the only change that I had to make was, you know, adding in that bacon! I paired it with a crisp 2013 Bellissimo Cellars Chardonnay during the prep and dinner! 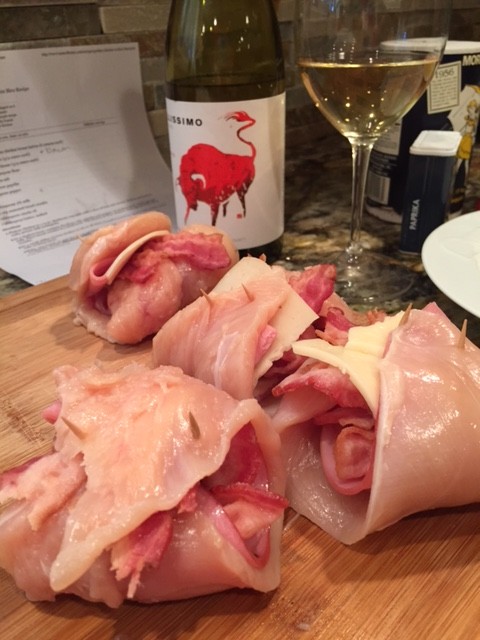