More than once I’ve been asked to run a tasting group and have begged off for a couple of reasons: I don’t like groups run by self-professed experts – which I am not – and I had no extra time to plan and organize. Because of that I never really thought about how I would plan one for myself. But others had…because I suggested it. Why? Because there is no better way, in my opinion, to both learn about and enjoy wine, than through organized tastings. 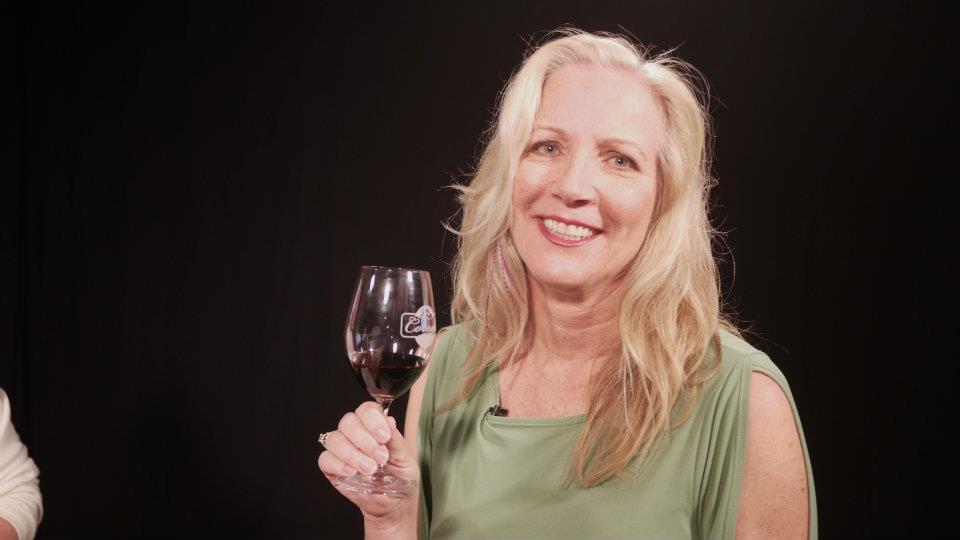 My photo taken on the set of The Wine Down show.

My own palate has been made very happy, and educated, by classes, tasting events, private tastings and pairing dinners that I’ve been damn lucky to get offered to me as a working writer.

But the idea of having my own tasting group still nagged at me. My husband was willing to help too. So I made some notes on how I would like to do it based on feedback from others, and what my experience told me would work.

One such item of feedback came from a woman (we’ll call her D.R.) that lamented more than one tasting group where she brought a rare or somewhat pricy bottle only to be faced with several lesser quality wines. She didn’t want to insult her hosts, but she also never returned. So, first dilemma, how to avoid buyer’s remorse?

I talked with my business partner and editor Michael Perlis about the idea. We definitely wanted people to share their favorite bottles. So I started with a list of friends that are also cellar owners.

I suggested a red night between $30 – $50 and then later a red night between $50 – $100, white, etc. My thought was that if the dollar amount was too high they could just decline that tasting (without the necessity of stating a reason) and join us again next time. I would quickly learn which tastings were more popular.

Then, as a host, it is most responsible to deal with food too. I think people would easily bring a small dish to share that they think pairs with their particular wine. I also thought every month would be tough so we settled on every other.

Now, even if you are a a wine beginner you still may want to set a price, so you don’t feel like D.R. did. Any kind of tasting group should have a goal to discover new wines and new wine friendships.

Note: Though having a wine tasting group doesn’t require anything in particular, if you want more how-to advice on holding a party please feel free to read my articles Which Wine to Taste First, Your First Wine Tasting or just hire me after you read Eve Bushman Tasting Parties.

Every year I reflect back on the best wines I’ve enjoyed the past year, and … END_OF_DOCUMENT_TOKEN_TO_BE_REPLACED