The Bellwether From Wikipedia, the free encyclopedia:

A bellwether is one that leads or indicates trends. The term is derived from the Middle English bellewether and refers to the practice of placing a bell around the neck of a … ram (a wether) leading his flock of sheep. The movements of the flock could be noted by hearing the bell before the flock was in sight.

While there is not a ram in sight [although there are goat meatballs] The Bellwether, a new restaurant in Studio City, certainly lives up to its trendsetting name – pretty much emphasizing all that is good on the Los Angeles restaurant scene right now, with exciting shared plates, interesting craft cocktails, an extensive selection of draft and bottled beers, as well as a nice selection of wines by the glass on tap [and bottle choices too, of course]

The benefits of the wide variety of high quality beverage choices become clearer when paired with the shared dish concept. More often than not, my dining preference is dining solely with my wife Karen, but this evening I wished we had more people with us…not just for the pleasure of their company but also to enable us to try more of the delicious menu offerings.

But, this time it was just the two of us, so we had to be more selective. This is what we picked this time [My comments in italics.]

Karen is the tongue aficionado in our family, but I am a new fan!

Delicious assortment; good enough to turn me into a vegetable eater.

Took sushi to another level for me.

For me the gold standard in octopus is Il Cortile in Paso Robles. But the king now has to share its crown with this. Awesome. 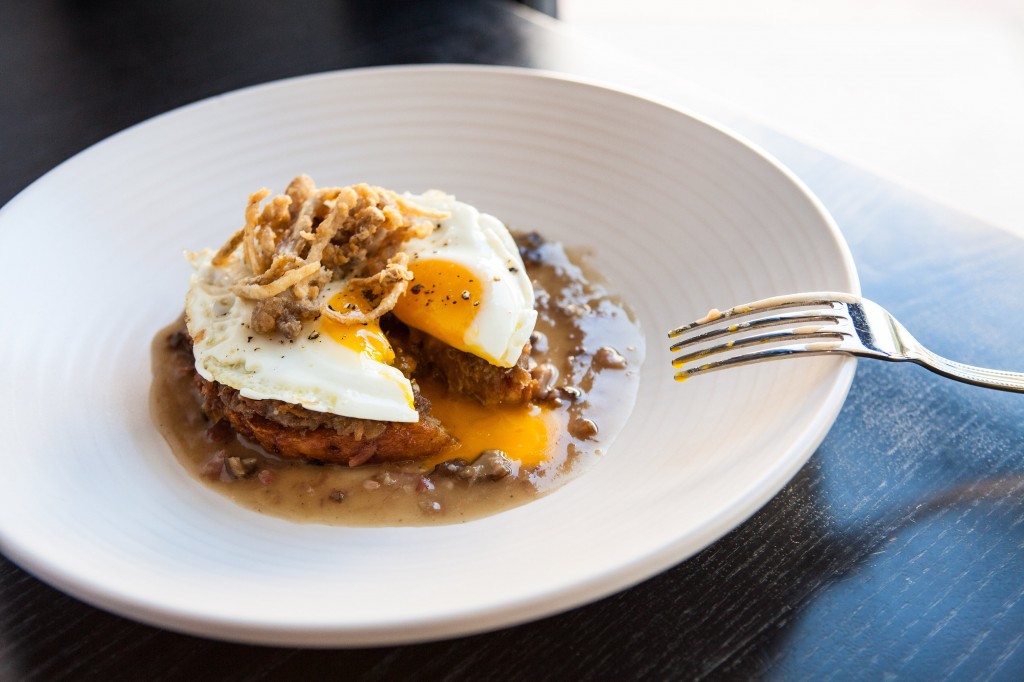 The beverage choices gave us nice options too. We had brought a bottle of 2010 Bedrock Vineyard Heirloom blend for our dinner [corkage is $20] but we wanted something lighter to start. So we each had a glass of the Dancing Coyote 2013 Albarino to go with the lighter dishes. We are mainly wine people so we didn’t try the cocktails or beers this time, but I could easily see pairing an assortment of either with the various dishes as well – certainly other patrons were, and they were definitely enjoying themselves doing so.

My only caveat is that the place can be noisy. At first I thought I might be uncomfortable with that, but either I got used to it or people were enjoying their food so much that volume decreased as the eating increased because it very quickly became a non-issue.

Executive Chef/Owner Ted Hopson [Water Grill, Eveleigh, Father’s Office and Lukshon] and Beverage Director/Owner Ann-Marie Verdi [The Holly Bush Pub in London and Father’s Office in Santa Monica and Culver City] have combined their talents to create a restaurant that I know we will be visiting again and again. From the smiles on the faces of the other patrons, we won’t be the only ones. And I do want to try those goat meatballs next time.