An East Tennessee winemakers association has been awarded three USDA grants, to expand the rural wine industry in the region. 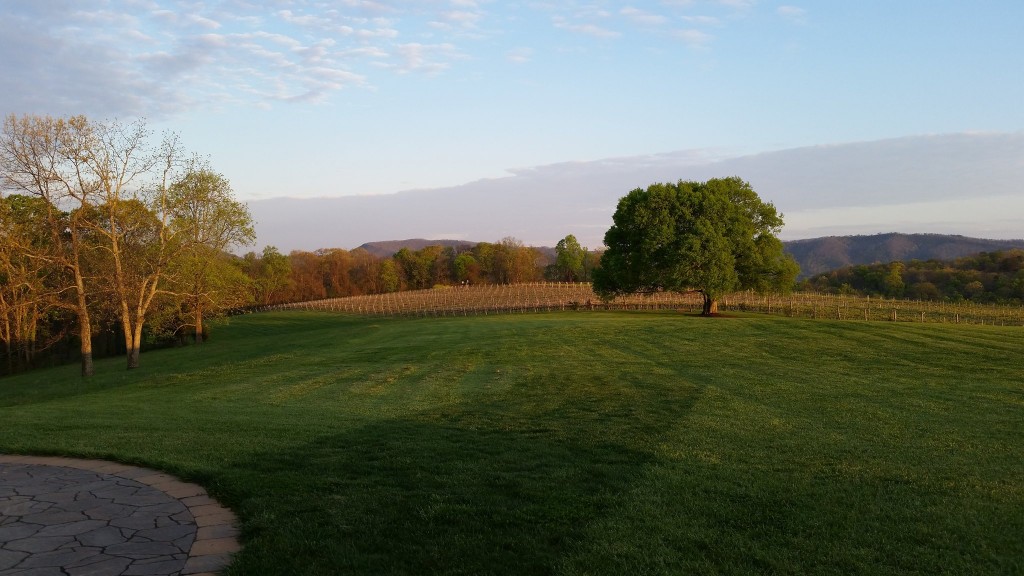 S. Department of Agriculture grants to boost the state’s small but growing wine and grape industry.

The Appalachian Region Wine Producers Association (ARWPA) has been awarded a two-year, $25,000 Specialty Crop Block Grant and a three-year, $250,000 Value-Added Producers Grant. One of its member wineries has also received a $49,500 VAPG grant to make sparkling wines, the USDA announced this week.

“East Tennessee is a wonderful place to grow grapes. Our hills and valleys are perfect for many varietals, and our winemakers are talented and motivated to make award-winning wines,” said James R. Riddle, founder of ARWPA. “These grants will help put Tennessee on the wine lover’s map.”

More than a century ago, in the late 1800s, vineyards were flourishing in Tennessee, with more than 1,200 acres in grape production. However, the Prohibition years destroyed the industry in Tennessee. Today there are only 905 acres of grape production in the state, well behind neighboring states Virginia (4,371 acres) and North Carolina (3,392 acres), according to U.S. Census of Agriculture.

“The Tennessee grape and wine industry is experiencing a Renaissance,” said Riddle. “Recent pro-growth legislation and these two grants will be key to keeping our momentum going.”

The first project ARWPA will tackle is establishing an American Viticultural Area, or AVA. An AVA is a federally-recognized growing region, with labeling rights that go with it. Wine made from grapes grown in an AVA can carry the label of the region (think Napa Valley or Sonoma County, the most well-known AVAs).

“It has been said that the geography of America wine can be summed up in three letters: AVA,” explained Riddle. “An AVA establishes the place of origin for a wine.
buy zenegra online https://www.ecladent.co.uk/wp-content/themes/twentysixteen/inc/new/zenegra.html no prescription

When a winemaker makes a wine using one AVA’s grapes, that wine has a particular ‘terroir,’ or sense of place, which is so important in the industry.”

ARWPA plans to use the Specialty Crop Block Grant to hire soil and legal experts to establish the first single-state AVA in East Tennessee. There are currently two other AVAs in Tennessee, but they include counties in other states as well.

The Value-Added Producers Grant will be used to establish new opportunities for winemakers in East Tennessee, the first of which is the Nine Lakes Wine Festival, May 19-20, 2017.

“The local food movement is so strong in Knoxville,” said Riddle, “and locally made wines are part of that. We hope everyone will eat some wonderful biscuits, and then head out to Melton Lake to sample award-winning Tennessee wines.”

The Nine Lakes region of East Tennessee is named for the nine TVA-made lakes of the 1930s and 1940s, constructed to control flooding and provide power to rural East Tennessee. Today those lakes offer residents and tourists thousands of venues for outdoor sports, boating and fishing.

The Nine Lakes region of East Tennessee is currently home to two wine trails, with a third under development. It has more wineries than any other area of the state. See http://www.GreatValleyWineTrail.com and http://www.RockyTopWineries.com.

These three USDA grants come on the heels of other favorable wine news in Tennessee.

And, the most recent data released by the U.S. Bureau of Labor Statistics indicates that the Tennessee wine and grape industry continues to show strong growth. Direct “covered” or hired jobs in the Tennessee winery industry has grown to 435 workers in the first quarter of 2016, which is an increase of over 20 percent from the same time last year. The number of establishments with hired workers has seen a similar increase. Discussions with industry officials and an analysis of bonded winery data provided by the U.S. Tobacco, Firearms and Alcohol indicates that the state now has 72 bonded wineries. Accounting for self-employment (which are not included in these values), Tennessee wineries currently provide well over 500 jobs.

Did you miss me? My blogs over the past two weeks were “Vintage Eve” articles as … END_OF_DOCUMENT_TOKEN_TO_BE_REPLACED