Well. Here I’d been tasting whisky one way for about a decade only to find that there is another way. A better way. The Richard Paterson way.

It’s not like I was “knocking it back” but I was sniffing, sampling and tasting quicker than I should have. During the Universal Whisky Experience (see the new website: FindRareWhisky.com for more information) held at the Wynn and Wynn Encore in Las Vegas, Paterson of The Dalmore led the first Master Class I walked into.

And instead of “all jokes aside” Paterson kept his audience enraptured with his knowledge and stories, and in the way that he kind of hmm hmm hmm-ed while holding each taste for a full 25 seconds. Why? Because the flavors came after the consumption, where he again counted down, this time from ten to one to talk about the flavors we could find, part of Dalmore’s “DNA” that came from the different cask expressions. 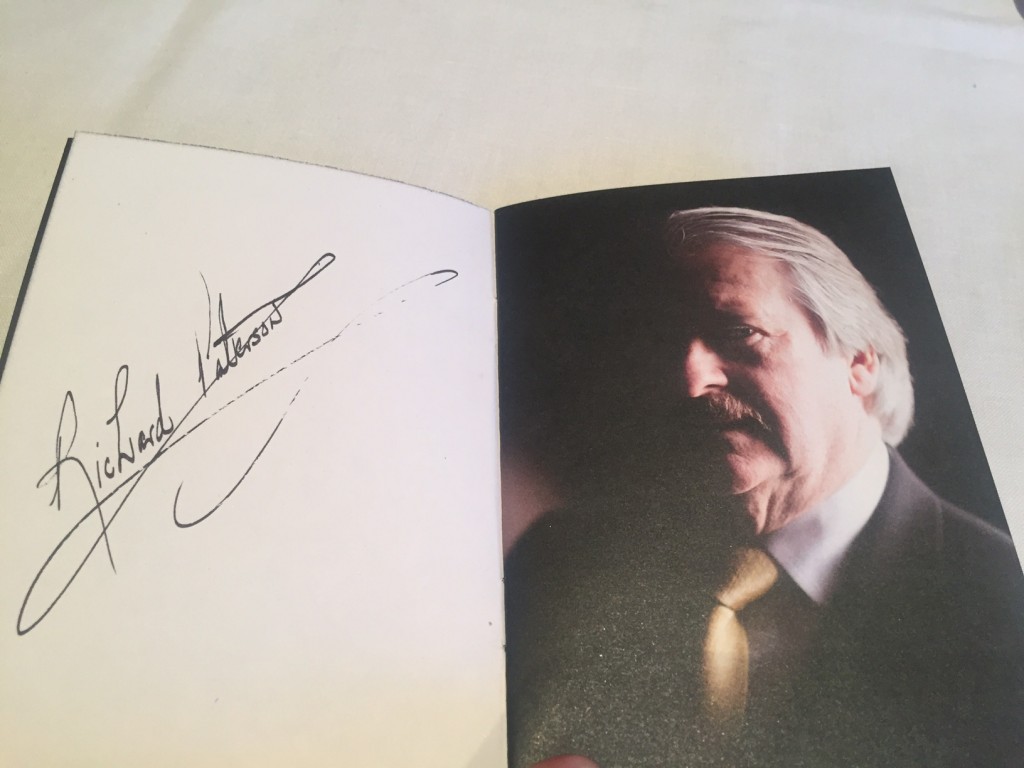 So, first come the jokes, or what we might want to call jewels of wisdom that were handed out very entertainingly.

Smell the DNA of it…that meant pay attention to what is coming from the glass; it gives a nod to how the whisky was aged in cask.

When nosing the glass go in three times long enough to say to yourself “Hello”, then “How are you”, and finally “Quite well thank you very much”.

Nose your glass one nostril at a time.

Jura is not pronounced Hooray.

Take your time so count down from ten until one after swallowing, allowing the flavors to linger and show and the strength ebbs away.

I’ll kill you if you add green tea or milk to whisky. You can add a little water, but not a lot of ice.

After an event like this, go home, brush your teeth, put your head in the pillow and the flavors will all come back.

Slaint! Pronounced slanchuh and is effectively used for “cheers” every time you have a drink.

Don’t cup hands around the glass, it doesn’t need warming.

After the first pour get rid of it to make sure glass is clean.

Serve some of these with Crème Brûlée or 72% dark chocolate.

Flavor Profiles from the Cask

Depending on if the whisky was aged in casks that had previously stored tawny port, Cabernet Sauvignon, Matusalem sherry, small batch bourbon or just an American or Spanish oak cask these styles allowed for aromas and flavors that included chocolate, orange, black fruit, cassis, vanilla, plum, cinnamon, spice, coffee, licorice, marzipan and tangerine.

Which Dalmore We Tasted

Watch a 20-second slideshow to see how the night started here.

Watch a wee bit longer here; it’s the highlights and selfies from the grand tasting, more master classes and the Richard Paterson experience presented by The Dalmore celebrating his 50 year anniversary in the industry.

Glencairn cut crystal tasting glass in hand, cell phone for snapping pics in the other, talking to guests that all said that the Nth is the epitome of whisky events…below are the list of brands that participated. My favorites – or at least the ones I stopped at before palate fatigue wore me down and I missed some really good ones – are in bold below. Keep in mind that what we tasted was not what you may find on your grocer’s shelves. Many were older vintages, and some quite rare.

To find what they each poured all of the whiskies are available on their new website www.findrarewhisky.com under the NTH 2017 tab.

Did you miss me? My blogs over the past two weeks were “Vintage Eve” articles as … END_OF_DOCUMENT_TOKEN_TO_BE_REPLACED