I attended a wine tasting fundraiser last week on the patio at Salt Creek Grille Valencia that benefitted the Santa Clarita Valley Press Club, which strives to raise money to help the six high schools’ journalism programs in our valley. 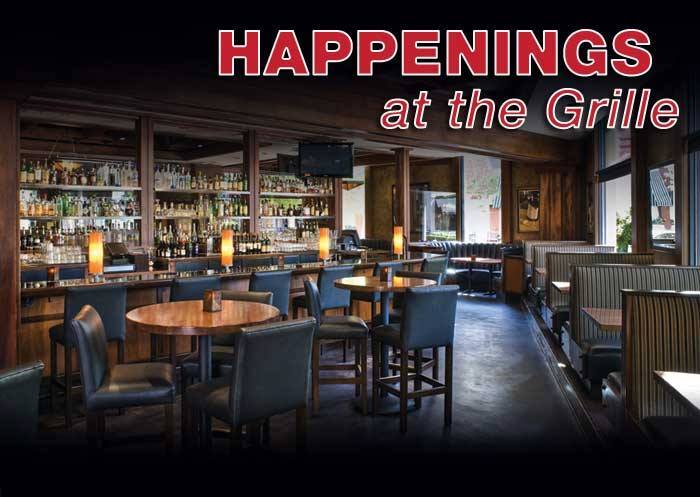 Event organizer, Michele Buttelman, the Executive Editor at EverythingSCV.com, graciously greeted the guests as they arrived. We, in turn, said our hellos to other pals there to support the cause, and lingered over the wine and appetizers generously donated by Southern Wine and Spirits and Salt Creek Grille.

Once glasses and plates had been filled, more than once, Buttelman stood up and explained more about the SCV Press Club. She said that the club had given $11,000 in grants toward our schools’ newspapers, however, some teachers were still supplementing the needs – from their own wallets – to also purchase textbooks, software and computers.

Then Buttelman introduced some of her supporters, and gave each an opportunity to talk about their own non-profit endeavors. We heard from Kris Hough (pronounced Huff) about the upcoming Soroptimist International of Greater SCV’s Annual Wine Affair. Hough prompted us to purchase our tickets, visit all 12 venues and get a taxi ride home!

Then came musician David Ewart, whose name may be familiar to some after he was burned in a fire, along with his son and father, during the holidays back in 2005. He mentioned that his son had been writing for Hart High’s Smoke Signal newspaper. After losing their home to the fire, $11,000 was donated by kids in the high school for their “downed journalist.” Ewart came to this event to help get the word out about the SCV press club and how they give back to the community. It was nice to see him in person and also hear about his fundraising for the Santa Clarita Master Chorale.

Author Ralph Frammolino was part of the Los Angeles Times team that won the Pulitzer Prize for Spot Reporting of the Northridge Earthquake. Frammolino also co-wrote “Chasing Aphrodite: The Hunt for Looted Antiquities in the World’s Museums” with author Jason Felch. The book was awarded the California Book Award, the SAFE Beacon Award and the ARCA Award for Art Crime Scholarship. In 2006, Frammolino and Felch were finalists for the Pulitzer Prize in Investigative Reporting for exposing the role of the J. Paul Getty Museum and other American museums in the black market for looted antiquities. (The Press Club auctioned off a signed copy of Chasing Aphrodite at the event.)

Frammolino spoke about his time as an SCV resident and he took the Metrolink to work in downtown Los Angeles. When he got on the train in the morning, he was the “liberal” heading to work at the Los Angeles Times. When he arrived, he was known as the “conservative” who lived in Santa Clarita. The lesson: “Context really matters.” So it does with journalism itself. It’s not enough to put what someone says in the paper, you have to know the motivation of the sources…

Frammolino also talked about how, as an author, he learned to be sensitive to the impact journalists make on people’s lives. When he first reported on the scandal at the Getty Museum over looted antiquities, the stories damaged the reputations of many museum officials and caused the firing of the Getty antiquities curator. After deciding to write a book about the scandal, Frammolino and Felch had to contact the people again and ask if they would be willing to be interviewed. It was a humbling experience. But, “luckily most agreed.”

Frammolino most recently was what he called a “media missionary,” a media consultant who lived in South Asia for four years and worked for USAID and the World Bank International. He said he learned that one cannot just impose an American definition of journalism on reporters and editors in other cultures. The definition of “investigative” reporting, for instance, is different in India. Even basic things, like getting comment from all parties named in a story, can be difficult. He recalled how after giving one seminar in Dhaka, Bangladesh, one of the attendees went back to work in the rural countryside. A week later, he called the city desk. “Do you really want me to get the other side of the story?” he asked the editor. Why, the editor asked. “Because he’s chasing me with a machete!”

Frammolino went on to suggest that these reporters he had worked with needed insurance to get the job done – which made him feel a new “level of respect” for them. It’s “tribal” in other societies, he said, as they could only really trust their own family members.

Frammolino has since become a crisis communication consultant and media strategist with G.F.BUNTING+CO. He works in Southern California

About the SCV Press Club

The Santa Clarita Valley Press Club was founded in 1996 to help promote and preserve the values and spirit of the First Amendment to the Constitution of the United States of America. The SCV Press Club is a non-profit 501(c) (3) organization.