(Studio City, CA) – Studio City has been building a reputation as a new dining mecca, not just for residents of “The Valley,” but for all throughout Greater Los Angeles. Now, an even more exciting addition, Montrésor, Studio City’s newest French bistro with Executive Chef Paul Shoemaker in the kitchen, emulates the grace and style of Paris in the 1920’s is calling this city home. Serving traditional French cuisine with innovative technique and a whimsical flare, this lively, neighborhood bistro has finally arrived just in time and Montrésor officially opened February 14th, 2018! 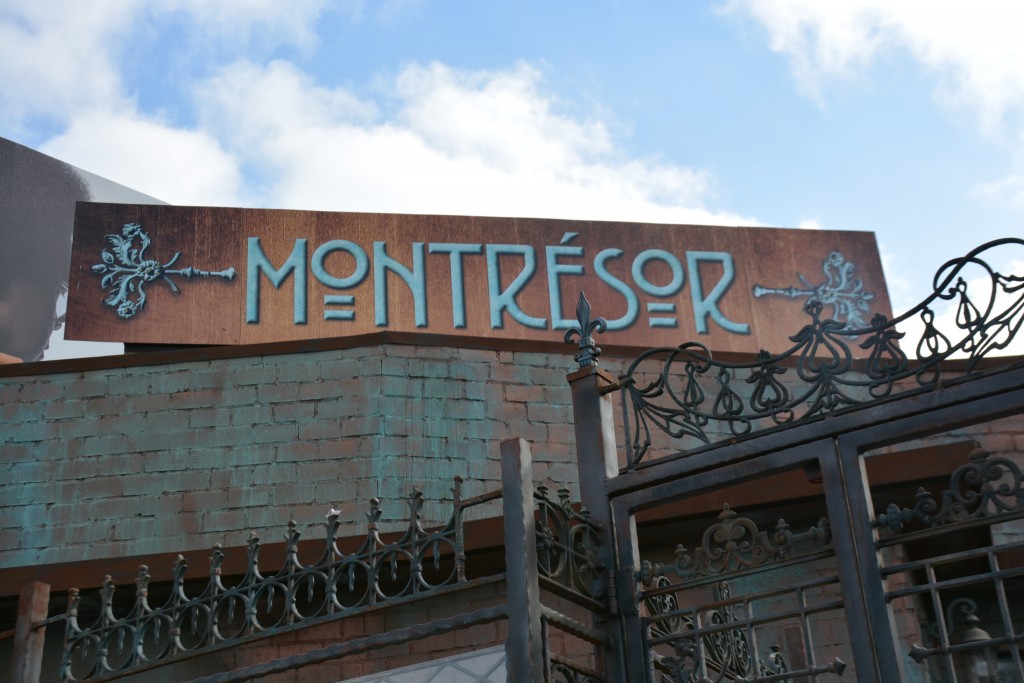 Montrésor is the brainchild of actress, producer and long-time restaurateur, Lisa Long, and designer and partner, Ann Booth Luly. Long, originally raised in the Midwest, has made a name for herself in Los Angeles over her remarkable thirty-year career as an actress with over 77 film and television credits, and Restaurateur of some of L.A.’s top spots such as La Loggia Ristorante, Barsac Brasserie, Firenze Osteria with Top Chef fan favorite Chef Fabio Viviani, and The FLATS in Beverly Hills with Michelin starred Executive Chef Paul Shoemaker. Long met her now-business partner, Ann Booth Luly, 30 years ago on the set of a Pointer Sister video and the two hit it off right away. Luly is a multi-faceted talent who taught herself how to sew at the young age of 6. She began designing clothes for her family which led her to open a boutique store 20 years ago in Studio City called “Hoity Toity.” Her clothing store features her custom-made clothing, bags and functional art and from there, Luly branched out to restaurant design. Her stylistic eye and concern for the environment helped conceive the very essence of Montrésor’s look and design, creating a fun French setting for guests to feel swept away to the French countryside.

Long and Booth Luly, decided to partner professionally to open Montrésor, Studio City’s lively new French Bistro with Executive Chef Paul Shoemaker creating the menu and overseeing the kitchen. Shoemaker gained recognition at Alan Ducasse and French Laundry before making his way to the kitchens of Water Grill and Providence with Chef Michael Cimarusti, Firefly in Studio City, and his very own restaurant Savory in Malibu. His most noteworthy accomplishment was at Joe Pytka’s Bastide, where he earned himself a Michelin star in less than six months. Shoemaker’s recent talents landed him at INTRO Art Gallery & Chef’s Table, a secret supper club that took guests on a multi-sensory journey, before joining Long as Executive Chef at The FLATS in Beverly Hills, Long’s restaurant that specializes in delectable comfort foods, featuring artisan flatbread pizzas and mouthwatering burgers all served with fresh, Farmers Market produce.

Shoemaker was excited to get back to cooking traditional French cuisine with some innovative techniques he has learned along the way. “I like to take a classic dish and have a little fun, give it some flair and get playful. I want to create something different, that stands out amongst the classics,” says Shoemaker. Rich flavors combined with the beautiful, fresh produce Angelenos are accustomed to seeing at Farmers’ Markets will be making a noteworthy appearance on the opening menu. “It is simple and classic French cuisine prepared with modern technique and seasonal ingredients, accompanied by an eclectic wine bar,” states Shoemaker. Guests will start their evening with a choice of Appetizers including a crisp Bib Lettuce Salad with avocado, fines herbs and a tarragon cream dressing, the French Onion Soup with house-made baguette croutons, Mussels in a garlic white wine sauce, or fresh the Crab Cake served with remoulade and frisée. The Entrées include a choice of the Black Truffle Winter Gnocchi served with a Reggiano foam, the delicious Short Rib with a potato purée, the Salmon served over a porcini ragu and Bloomsdale spinach, and 10 oz. Bone in Tenderloin Steak with potato pavé and tomato confit. Dessert includes two delectable choices to start: the classic, French Profiteroles served with an almond toffee brittle, vanilla ice cream and topped with chocolate sauce, and the delicate Crème Brulée served with a savory pistachio biscotti.

Like the infamous wine regions of France, Montrésor has an eclectic wine list to perfectly pair with Chef Shoemaker’s menu. Enjoy the Château Haut Rian from Bordeaux or a glass of the Saint-Véran blend from Burgundy as each wine is offered by the glass and has been handpicked to accompany your meal. Guests can enjoy a bottle of the Puligny Montrachet, the Château Monbousquet, or the Perrier Jouët “Belle Epoque” champagne. Those that prefer a fruiter, New World California wine can also enjoy a selection of Northern California selections such as the Stags Leap Cellars Sauvignon Blanc, the Cakebread Cellars Chardonnay, and the beloved Caymus Cabernet Sauvignon. Beer aficionados can also enjoy a bottle of Chimay “Grand Réserve Blue, Delirium Tremens, Bavik, Gavroche, Duchesse de Bourgogne or Saison Du Pont, and there is also a selection of American beers including the Allagash, Anderson Valley, Old Stock and Old Rasputin to match every beer-lover’s preference.

Montrésor, which translates to “my treasure” in English, is just that. Tucked away on Ventura Boulevard, Montrésor was designed with a 1920’s French theme in mind, full of vintage design and repurposed decor at every turn. A vintage refurbished headboard serves as one of the restaurant’s benches while the 8-foot reclaimed wooden doors are recycled from a winery in Orange County. Even the mannequin bodice lamp was recycled and crafted by Luly herself. Every hand-picked piece at Montrésor tells a story, full of whimsical inspiration. Luly wanted to evoke a feeling that guests were effortlessly transported to the past, in a way that is both whimsical and comfortable. “From the beginning, the vision for the design of the restaurant was to inspire a lively, yet romantic setting, leaving guests feeling reminiscent of the late 1800’s in the Loire Valley of France where the village of Montrésor is located,” explains Luly. “From the moment you first see the green patina on the exterior of Montrésor and then enter through the carved wood doors, guests will see a copper patina ceiling and etched glass extending down to the carefully hand-tufted banquettes, creating a sense of whimsical decadence. I really tried to create a world of treasures,” says Luly. “Walls painted in a Venetian plaster help to conjure a feeling as though we traveled back in time to decades past, while the rich burgundy and pewter colors, with green and gold accents make you think of the Rhône and Burgundy valley. That, and of course the wall of decorated wine bottles and red, silk brocade.”

As guests sit amongst playful, French vintage decor in the heart of Studio City, each of their senses are playfully indulged leaving one feeling delighted and sentimental. Vive La France and Vive Montrésor!

Montrésor is open Tuesday through Sunday from 5:30 pm to 10:30 pm. For more information about Montrésor, please visit www.Montresor.LA or call Montrésor directly.