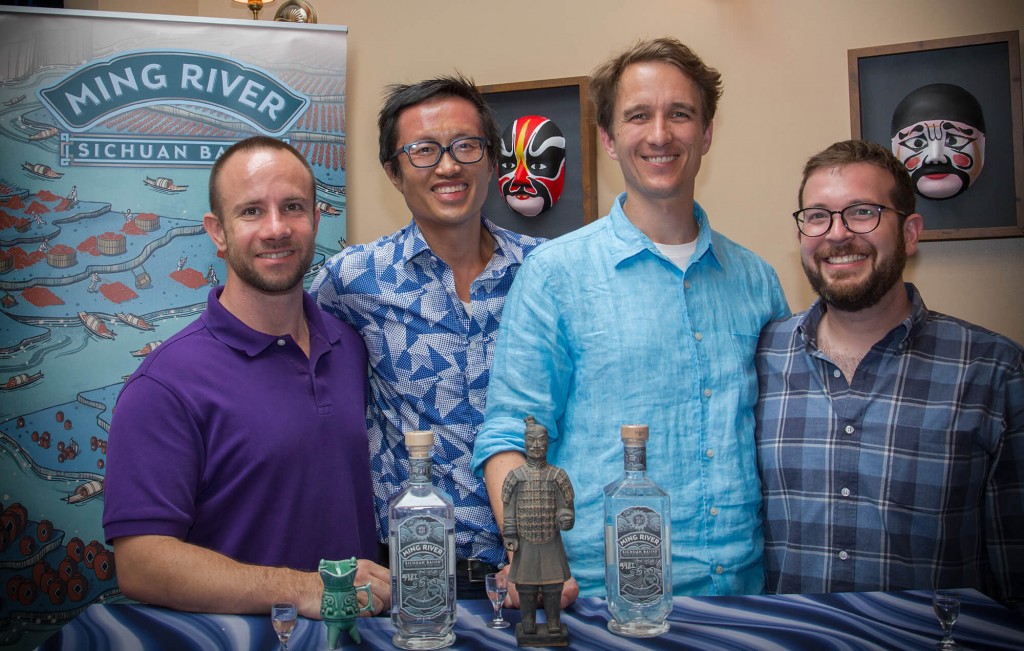 “Baijiu has for years been the world’s most popular spirits category, but it’s still not well understood outside of China. There’s a tendency in Western media to focus on the drink’s potency and otherness, which misses the fact that baijiu is a diverse category of spirits with expressions that come in many strengths and styles. Two baijius can be as distinct from one another as gin is to tequila,” says Sandhaus. “There’s also a cultural dimension to alcohol in China. The Chinese have been producing distinctive alcoholic beverages for several millennia, and baijiu for about the last thousand years.
buy wellbutrin online buy wellbutrin online no prescription

It’s inseparable from the Chinese culinary tradition, and it contains a range of aromas and flavors one can’t find in any other type of spirit.”

Each batch of Ming River Baijiu starts with mash from locally harvested red sorghum grain and the purest waters from protected wells. It is fermented in earthen vessels with naturally harvested yeast cultures native to the lush river town of Luzhou that impart the distinctive terroir of Sichuan-style baijiu. After two months, the mash is unearthed and distilled in small batches using a traditional Chinese pot still. The spirits age for up to two years before the master blender balances them into Ming River’s distinctive flavor. The result is an uncompromisingly bold spirit with notes of pineapple and anise with a lingering mellow finish.

Baijiu is traditionally enjoyed neat at room temperature. Ming River’s fruity sweetness is the perfect counterpoint to the numbing spice of Sichuanese cuisine. As a clear but decidedly non-neutral spirit, in mixed drinks Ming River’s bold aroma and flavor can be called upon to perform like a rhum agricole, Jamaican pot distilled rum or a Batavia arrack, effortlessly finding a home in tiki drinks while also opening new possibilities for sours and aperitifs. Many classic recipes can also be reinvigorated by incorporating Ming River baijiu as a split base or even just as a rinse.

Ming River is available in a 750-ml. format, beginning in the states of New York, New Jersey, and California through Park Street Imports. Ming River is currently available now for purchase at Brooklyn Wine Exchange for $34. In July, Ming River will be featured in the cocktail menus at Kings Co. Imperial LES developed by Justin Lane Briggs and at Win Son by Jesse Shapell.