Whoa, what a fun event! Saturday night in downtown LA, The Reef on Broadway to be exact, surrounded by foodies and cocktail aficionados all getting the best of the best offered in LA. 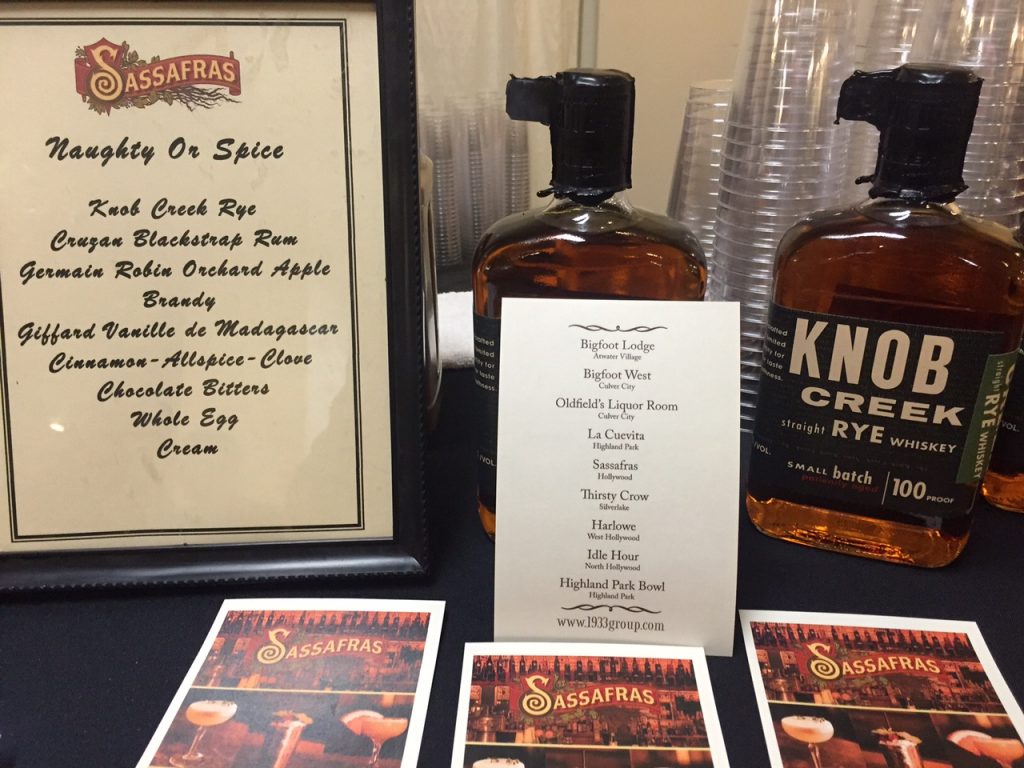 I can’t say which was my favorite cocktail or sweet treat – see this under 2-minute slideshow to see it all – but of the lists below I’d have to say that the mixologists using the most unique ingredients made the biggest impressions, perhaps just to be competitive.

Then, if that wasn’t enough there were dozens of lifestyle vendors to tempt you with gifts for others – and yourself!

In its second year (this) annual holiday party…featured over 20 of the city’s top bakers, over 15 of LA’s most respected mixologists and more than 25 artisanal craftspeople…sample delicious confections, sip on handcrafted cocktails and shop for amazing holiday gifts and trinkets. Curated by the LA Weekly’s own food critic Besha Rodell and Roxana Jullapat, this eating, drinking and shopping extravaganza is one not to be missed. (So don’t miss it in 2016 either!)

Full Line Up Lists (From Examiner.com)