Thrilled to attend Whisky Live LA this past October with my husband Eddie, I found many new spirits beyond single malt whisky to sample and met up with many whisky people that I’ve seen enough times now to call friends. 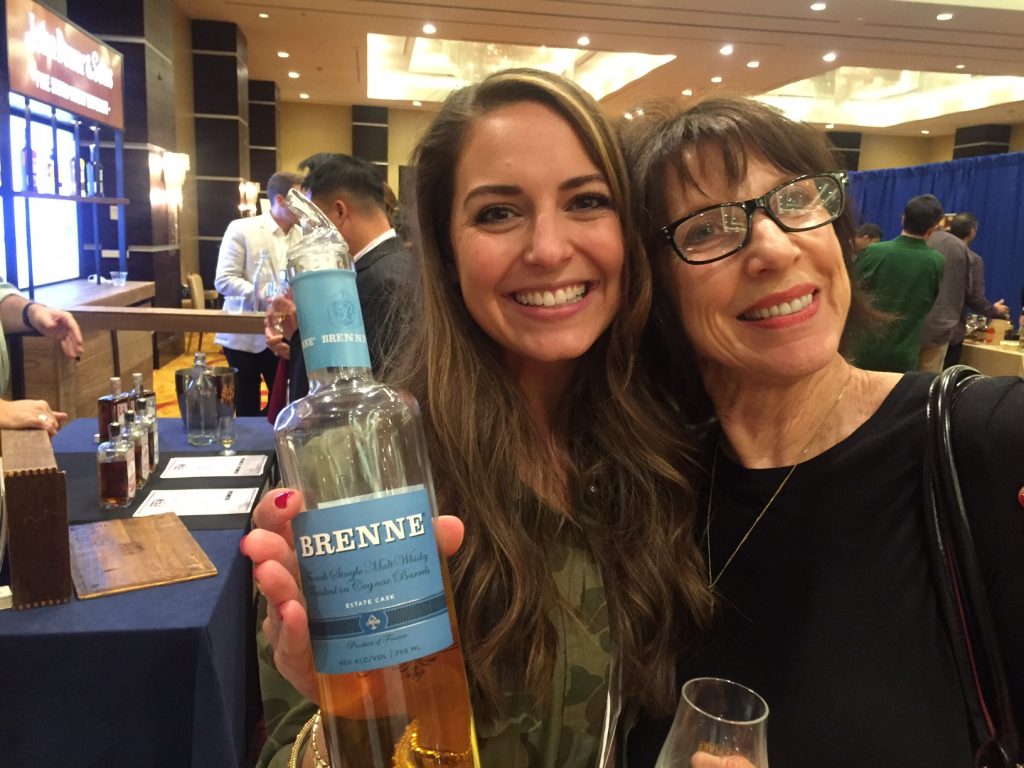 If you don’t have time to read this article you can view 18 of my pictures in two little grids here. This caption on one of the photos will tell you a little of how much fun there was to be had, “Ran into lots of pals from LA Scotch Club, LA Wine Writers, That Boutique-y Whisky Company, JVS Wines Import, Inc. and dead center is SENIOR WHISKY MASTER STEPHEN BEAL. OMG I met him at the end of the night, in the VIP lounge, where I almost didn’t get in…but you can see how welcoming Stephen looks! If you don’t know him Google him. He has built up an AMAZING wealth of knowledge spanning decades.

I had just read an article about him in Artisan Spirit Magazine. — with Monique Huston, Ries Michael, Kerry Moynahan, Chris Uhde and Judi Laing.”

Treated to VIP tickets we had early access to whisky sampling, a very nice VIP Experience Area, souvenir etched crystal tasting glasses, a full-sized event program with articles, a dinner buffet that included many items made with whisky and even some nice live entertainment.

From this VIP Pour List below, many were also available in the main tasting area. I will bold the ones that I had time to taste (at this event and/or previous events) and enjoyed.

The Main Arena Tasting (all listed here are the ones I was lucky enough to taste, maybe one third of what was available!)

The Spirit of Mulholland Distilling had a tasty gin distilled from corn; Kentucky Peerless Distilling Company had a bourbon and rye, Kavalan single malt both the sherry and bourbon oak finishes; Nikka Coffee Malt Whisky; Old Portrero straight rye; everything I sampled from That Boutique-y Whisky Company*; Johnnie Walker Blender’s Batch 10-year-old; everything from Balcones distillery in Texas that included Baby Blue made from roasted blue corn, Rumble made from wildflower honey, turbinado sugar and mission fig spirit that was more spice than it was sweet, their Texas Single Malt and Brimstone which is labeled as Texas Scrub Oak Smoked Whisky; Mixwell ginger ale; Widow Jane’s lineup that were all made with “pure limestone mineral water from the Widow Jane mine in Rosendale, NY” and included a whiskey distilled from rye mash aged in American oak, another whiskey aged in oak and apple wood, a 10-year-old straight bourbon; then I got a totally different nose and flavor in the sweet Brenne 10-year-old that had been finished in cognac barrels; Peerless Kentucky straight rye whiskey; Few Rye Whiskey and finally, Deanston 20-year-old single malt.

*The event actually also had several classes concurrent with the tasting. I was able to snag a seat in one, led by Monique Huston who I had met earlier this year at the Nth show. She had a line-up of whisky that were not only new for me that I had never seen or tasted before, they were also rare. Stop in on this site next week to see the story on “That Boutique-y Whisky Company” U.S. launch.