NEW YORK (PRWEB) – Wines of South Africa (WOSA) USA, the industry association that promotes the exports of South African wine, is proud to announce that Marketing Manager Jim Clarke’s new book, The Wines of South Africa, has just been released. Published by Infinite Ideas, it is the newest addition to its well-respected Classic Wine Library series of wine books. 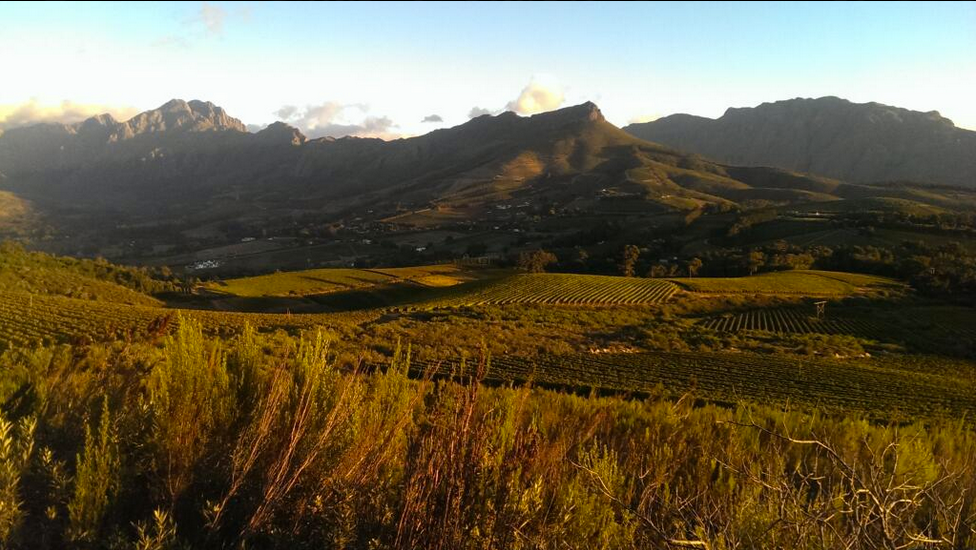 “I’m excited to share my passion for South African wine in my new book, and am honored to be part of the Classic Wine Library series of authors,” Clarke notes. “The wine regions of South Africa are stunning, and producers are making world-class wines that deserve more attention. I hope that my in-depth research of this interesting, complex wine region will be seen as an important reference point for those to take a deeper dive into the South African wine industry.”

Pulling from his fifteen years of traveling to and working with the South African wine industry, in this project independent from his work at WOSA, Clarke covers the history of South African wine, the industry as it stands today, challenges facing winemaking in the region, as well as an overview of the major growing areas.

“Today South Africa is revealing its potential ever more rapidly. Since around 2008, more and more producers have been using the country’s terroir to represent itself unmasked and without affectation…The peaks of South African wine are higher, and the clumsy wines of the past are bygones…” writes Clarke in the book’s Introduction. “Today one can taste through the wines of South Africa and experience the expansive range of expression the Cape’s many terroirs are capable of … the industry is at a point where its right to a seat at the table is undisputed by anyone who has taken the time to taste. South Africa is making great wines.”

The book begins with the history of the Dutch bringing wine to South Africa, the establishment of Cape Town, and its rise to eminence as a wine producer. As it entered the modern era of its wine industry post-apartheid, there was recognition for the need of quality, terroir-driven wines as well as acknowledging the social context of wine production in South Africa. Clarke discusses the efforts being made by the wine business to address the issue of racial inequality, with education programs, worker empowerment initiatives, and land restitution all being employed to create opportunity and redress the balance. Additionally, there has been an increase in the variety of plantings in South Africa’s vineyards, reflecting the diverse terroir and climate that create the top- end wines of quality and character.

Finally, the wine regions are explored in detail, with references to the key producers as well as typical varietals and styles of wine to the area. The Wine of Origin system of Regions, Districts and Wards is also discussed. This is a must read for anyone that has an interest in modern South African wine.

The Wines of South Africa joins other prominent books on wine regions around the world in the Classic Wine Library. The series stretches back over fifty years, and has been published by Infinite Ideas since 2013. The books are written by experts on the topics, and serve as invaluable resources for students, sommeliers and others who work in the wine industry.

“Jim Clarke’s book is easily the most important work on South African wine to be published in recent years and a very welcome addition to our Classic Wine Library,” states Richard Burton, Publisher.

Clarke became interested in wine after moving to New York City in 2001 and taking a job waiting tables, training as a sommelier on the job and through classes with the American Sommelier Association. A writing competition led to an introduction to South African wine and the start of Clarke’s journalistic career. He has written for the New York Times, San Francisco Chronicle, World of Fine Wine, Beverage Media, and Fortune, among others. In 2013, Clarke took a position as Wines of South Africa’s U.S. Marketing Manager. He remains active as a freelance writer, covering wine, sake, and related subjects. He speaks regularly at a number of wine events and judges in several international wine competitions.

The Wines of South Africa was released on July 20th, 2020 as a 322-page paperback book, and retails in the United States for $39.95. It is available online, including at Amazon Books and Barnes & Noble.

Back in 2009, or maybe even a bit earlier, I had an appointment with our … END_OF_DOCUMENT_TOKEN_TO_BE_REPLACED