This is my last article on the recent Universal Whisky Experience that I attended this past April in Las Vegas. Night one was the grand tasting and day two was the master classes. Last week I shared what I learned about the Oban Distillery. Today we depart whisky and enter the world of Cognac, with none other than a distillery that has been around longer than the U.S.: Hennessy. 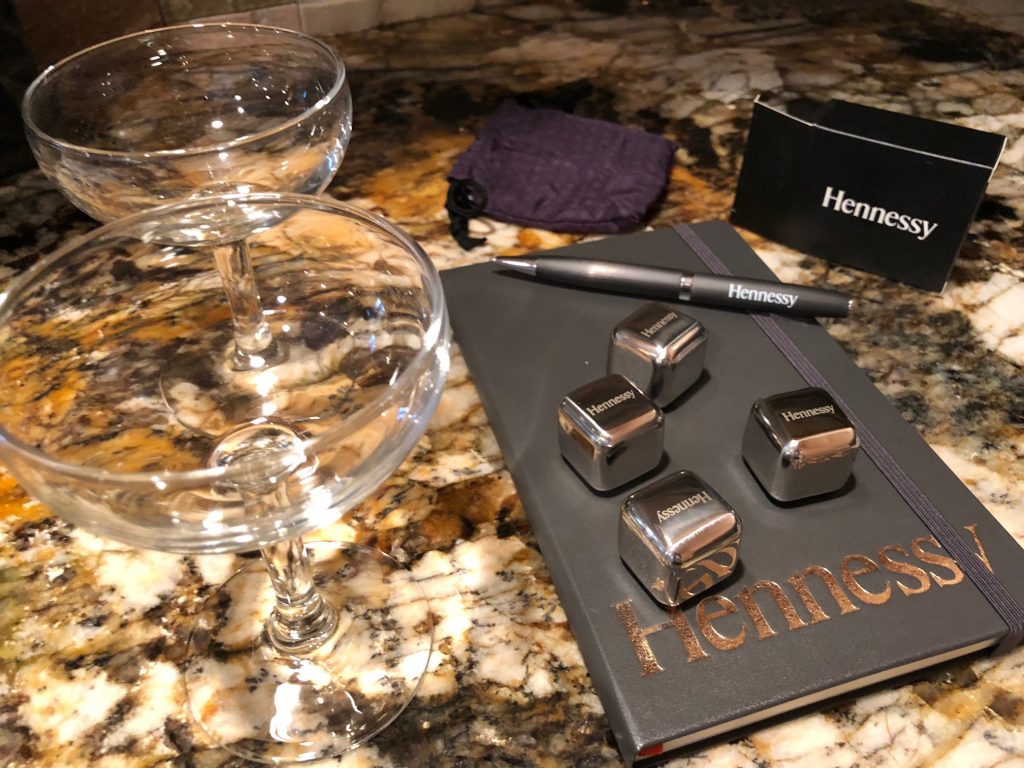 We would get a lesson, a tasting, and in a shift to the unexpected: craft a couple of cocktails ourselves.

Cocktails that proved to have been around longer than most.

Cognac began on a ship, according to my classmate and LA Scotch Club member Marshall Naiman, who, when asked shared a little story about how some wine had been damaged by heat but in the end became the start of Cognac.

Hennessy began before the U.S. was a nation, back in Napoleon’s time, founded by Richard Hennessy and master blender John Fillioux. Two families that to this day still work together at Hennessy.

We had both the X.O. and the VSOP, alone and in cocktails. Tasting alone on the VSOP I got notes of caramel, cream and toasted marshmallow while others in the class also noted apricot, spicy dried fruit, cinnamon, clove, nutmeg and honey.

For the X.O we noted a “dark mahogany color due to more oak time that also rounded out the flavor.” The class consensus on the tasting included notes of candied oranges and molasses” while I got dark and dusty flavors and a mouth coating viscosity. An extremely long finish gave off flavors of “dried prunes, plums, chocolate and spice.” We tried the X.O on ice as well, ice that had been flown in from Miami and had zero minerals or chemicals. The ice “softens the flavor, aromas and alcohol” making the Cognac easily approachable to all.

The first cocktail book published included a recipe from 1850 for the “Hennessy Brandy Cocktail.” We got to make both the French 75 Champagne Cocktail and a Sazerac. While we juggled bar spoons, jiggers, mixing glasses, lemons, bitters, simple syrup, and were given glasses freshly rinsed with Absinthe I thought, heck, I could get used to this. Hennessy is definitely going to be a spirit to explore more of.