When Valencia Wine Company opened some 14 or so years ago many people told owner Guy Lelarge that they had the same idea: open the first wine bar in the Santa Clarita Valley for tastings, purchases, advice, classes and private parties. I was one of the first visitors, and a regular for at least the first ten years. In that time I tasted a lot and learned a lot. My article footer below didn’t even exist, and one of the first wine articles I did for the Signal newspaper (now not even available in their archives) was on Valencia Wine Company. 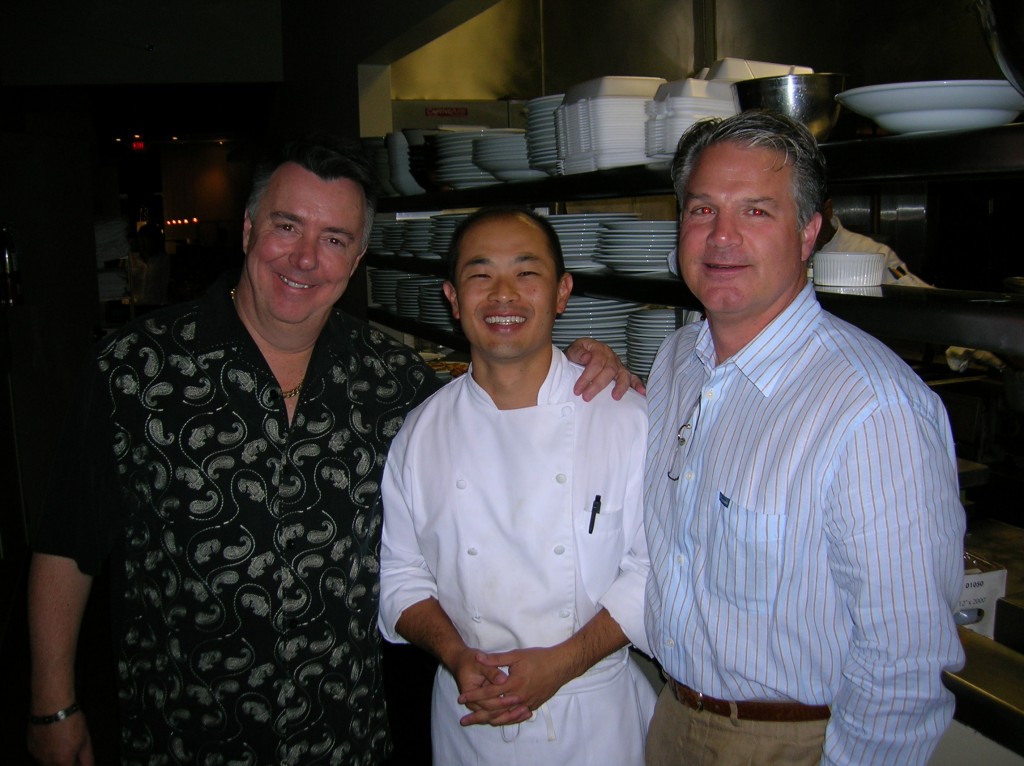 We had done several videos over the year, talking about upcoming dinners, 10 year anniversary and classes, but we had the most fun with a brief series of “Shi- Wine People Say” videos. This is #1 that has nearly 1k views, #2 has wine educator Denise Lowe trying to educate an old friend of mine,  #3 with winemaker Shawn Halahmy and Denise Lowe joking about tasting Pinot Noir and #4 jokingly tackled what people say before they spit.

A search of our Eve’s Wine 101 website showed that there are no less than EIGHTY NINE mentions of Lelarge in our articles. I looked them over – and this took some time and a few tissues. These are just a few from my trip down memory lane if you’d like to join me:

As the owner of the longest running wine bar and retail shop in town, Guy Lelarge continues to take it up a notch.  He recently announced that he has selected Amazon to run their international wine club…(more)

Guy, Thank you again for including me, and Signal readers through me, into your elite event last night. Meeting winemaker Mitch Cosentino and tasting his wines along Chef Otto’s fine cuisine was no less than stellar! Yours, in wine and out, Eve…(more)

In the first of an exciting new “pairing”, SAKE Bistro has teamed with Valencia Wine Company for their first Wine Dinner on June 21.  The “Meet the Winemaker” format will feature only the wines from Paso Robles’ Grey Wolf and their winemaker, Joe Barton….(more)

Valencia Wine Company’s Annual Holiday Tasting was the wine affair of the season, as promised. Delayed a week by fire and freeway closures there wasn’t a lack of interest or attendance. People needed a holiday now and it served to get them ready for the real ones to come….(more)

What does the owner of the classiest wine bar in town do on his birthday? What do you give him as a gift? And how can you surprise a Wine Guru? These questions, and many more, can be found…
https://www.parkviewortho.com/wp-content/languages/new/lipitor.html
gee let’s see…(more)

On a testimonial on our Eve Bushman Consulting website Guy wrote, “I met Eve Bushman when she knew next to nothing about wine, and everything about marketing! I shared my wine knowledge with her (she calls me Guru Guy) and she, in turn, has shared countless marketing ideas with me. Whether I’m planning a winemaker dinner, a large tasting event, or co-chairing a fundraiser with Eve, I’ve always felt that she has brought as much to the proverbial table – with me – that she takes from it. I value our friendship, and always look forward our meetings – tasting wine and brainstorming new ideas, a perfect pairing!”

Over the years Valencia Wine Company supported the Soroptimists of Greater Santa Clarita Valley every year for their Sip, Stroll and Savor the Sounds event. He also contributed his wine expertise to the Art and Wine Gala that benefitted our local art’s community.

Guy also allowed me to work for charity in the bar at least twice. The first time I was still using a screw pull corkscrew over a waiter’s corkscrew!

As this door closes for Guy others have opened. He recently redid the wine lists for both Newhall Refinery and The Social. His expertise as a wine buyer began well before Valencia Wine Company opened its doors, and I know he will find a secure footing again, most likely here in the Santa Clarita Valley. 2020 update: Find Guy at Remedy Liquor in Glendale, heading up the huge second story wine department.