NEW YORK (PRWEB) – Internationally award-winning RUM Co. of Fiji, the only rum distillery in the Fiji Islands, is proud to announce that it has been recognized at the 2021 SIP Awards and Bartender Spirits Awards with its premium rum ranges, Bati and Ratu. Across the acclaimed competitions—judged by consumers and the trade—RUM Co. of Fiji won an Innovation Award, four Platinum Awards, four Gold Medals and three Silver Medals. 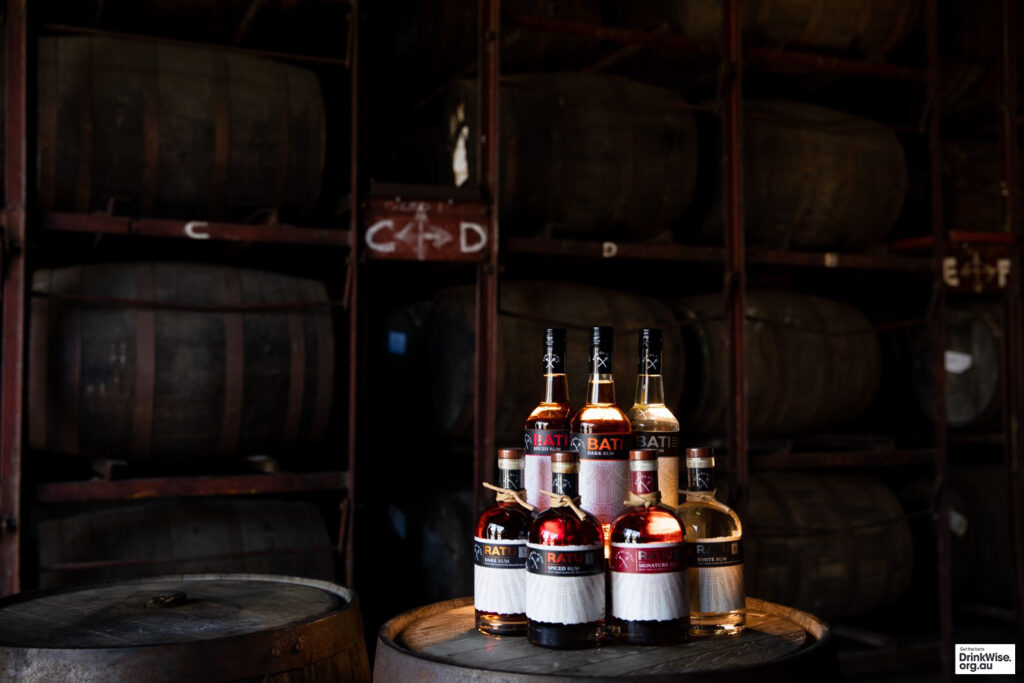 Made from the molasses from hand-cut Fijian sugar cane grown in rich volcanic soil, RUM Co. of Fiji’s rums express the island’s unique position as “Paradise on Earth.” The sugar cane in Fiji has been grown and harvested since 1863 by generations of independent farmers, and the distillery uses only the purest local water to produce its exquisite rums, filtering them through coconut-shell carbon for a softer, rounded mouthfeel. Maturation accelerates in Fiji’s Southern Hemisphere climate, so that RUM Co. of Fiji can achieve complex flavor profiles at younger ages. Master Distiller & Blender Liam Costello works with both pot and column stills, blending different distillates to create the two ranges: premium 2-year-old Bati and super-premium Ratu, aged 5 to 8 years.

Heath Baker, Head of International Sales – RUM Co. of Fiji, noted that the accolades by trade and consumers are a turning point in the USA for the brand. “These awards support our passion and vision to make Fiji known as the new home of rum,” he said. “We have built an excellent base in our home markets of Australia and the Pacific, and we see North America as our greatest long-term opportunity to embed this vision.”

The SIP Awards are the only internationally recognized spirits competition that sees consumers become the judges, while the Bartender Spirits Awards are judged by globally respected bartenders, bar managers and on-premise buyers for the on-premise industry.

In the SIP Awards:

In the Bartender Spirits Awards:

Lucy Dodgson, Brand Manager – RUM Co. of Fiji, said, “RUM Co. of Fiji prides itself on having a versatile portfolio with broad trade and consumer appeal. We put a lot of emphasis on building bartender and consumer brand advocacy, so these awards are the ultimate seal of approval, and are further testament to Fiji being an exceptional and credible rum-producing nation.”

Mike Spencer, General Manager, Paradise Beverages, echoed the pride in receiving these awards as a fantastic acknowledgement of the hard work and passion from the team in Fiji. “This is again wonderful recognition for all our people involved in the making of these exceptional rums. These wins serve to amplify Paradise Beverages’ vision of proudly sharing and exporting local Fijian beverages to the world,” he said.

RUM Co. of Fiji is proudly distributed in California by Republic National Distributing Company, in partnership with Broken Shed Vodka. The suggested prices for each spirit are as follows: Ratu Signature: $38.99, Ratu Dark and Spiced: $34.99 and Bati (all expressions): $18.99.

About RUM Co. of Fiji

RUM Co. of Fiji is built on an ethos of authenticity, craftsmanship and passion and draws its inspiration – and its identity – from Fijian heritage and culture. The rums are a story of balance and harmony, a coming together of the land’s unique elements and the hands that work with them, crafted in Lautoka, Fiji, by award-winning Master Distiller & Blender Liam F. Costello, together with RUM Co. of Fiji’s passionate and dedicated distillery team. Since launching in 1980, RUM Co. of Fiji has won more than 130 international awards across several prestigious competitions, including the 2020 New York International Spirits Competition, 2020 Melbourne International Spirits Competition and 2019 San Francisco World Spirits Competition. RUM Co. of Fiji is owned by Fiji’s leading beverages manufacturer, Paradise Beverages (Fiji) Limited, which is part of Coca-Cola Europacific Partners.

RUM Co. of Fiji is proudly distributed in California by Republic National Distributing Company, in partnership with Broken Shed Vodka. For more information on RUM Co. of Fiji, visit http://www.rumcooffiji.com or follow @rumcooffiji on Facebook or Instagram.

Broken Shed Vodka is based in Wanaka, New Zealand. Distilled, crafted and bottled in New Zealand ever since its inception in 2009, its vodka draws upon the country’s natural aquifer and spring waters, without any hint of gluten, additives, sugars or GMOs. Since entering the U.S. market in June 2012, Broken Shed Vodka has won a legion of loyal fans, and an impressive collection of awards. Broken Shed Vodka started in a ‘broken’ down old shed on Lake Wanaka where the formula was originally crafted and produced. Broken Shed Vodka is proud of the strong and experienced sales team they have built. The brand approaches the market with innovative strategies and well-defined focus in all of their markets. Due to this, Broken Shed is able to offer newly-launched spirits brands strong partnership and collaborations, which expand distribution, increase offerings to trade and provide customers access to world-class premium spirits. Learn more about Broken Shed Vodka at http://www.brokenshed.com.