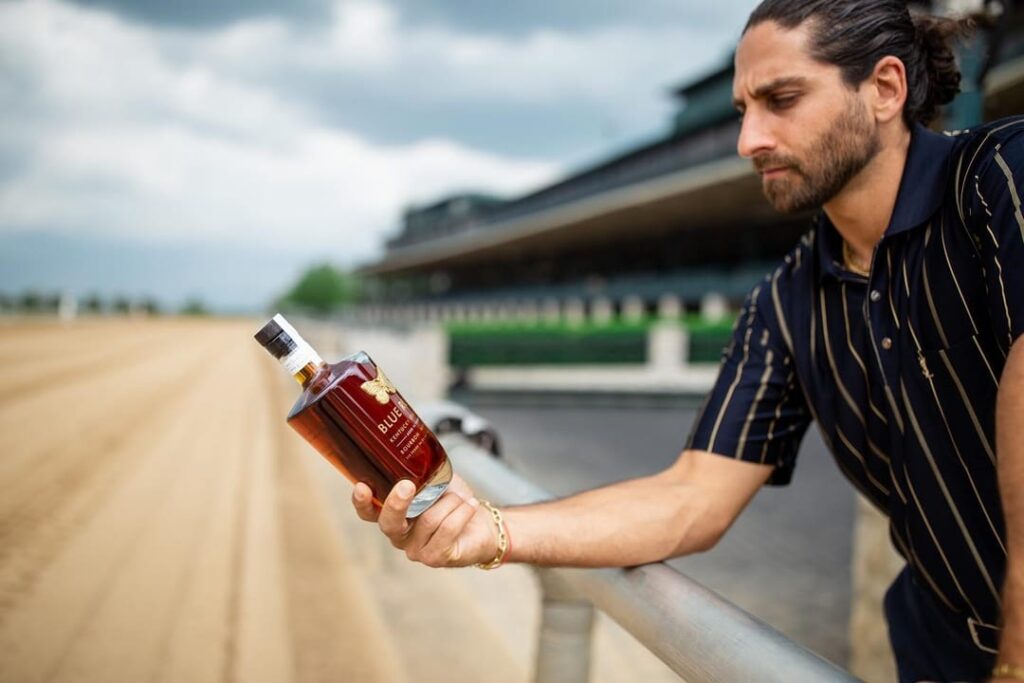 “For a four-year-old Bourbon, I’m impressed with the quality of this release, and I look forward to evaluating the subsequent releases of these barrels – after additional maturation,” said Jim Rutledge.

“As we celebrate our one-year anniversary as a company, we wanted to release something that really made a statement and honored the deep traditions of whiskey making,” said Mike Montgomery, CEO and cofounder of Blue Run Spirits. “The legendary Jim Rutledge helped us craft a bold, spicy Bourbon that even at 111 proof is incredibly sippable, with a pronounced, memorable finish. We are very excited to see how these barrels evolve over time for subsequent bottlings.”

On the tongue, Blue Run High Rye Bourbon is a caramel beauty full of baking spices and a toasted oak frame that crescendos with a stone fruit and black pepper finish. Each bottle features an iridescent coating on the brand’s signature gold butterfly to create a prismatic, rainbow-hued medallion, making it easily identifiable on any back bar.

Blue Run Kentucky Straight High Rye Bourbon Whiskey is available for $89.99 SRP and can be found wherever high-end luxury Bourbons are sold. It will be followed by several holiday releases.

ABOUT BLUE RUN SPIRITS
Blue Run Spirits is a new kind of spirits company, creating a unique luxury proposition by tapping into the deep heritage and craft that makes a truly great whiskey, then elevating it through a modern design and marketing lens to reach a younger, broader and more diverse whiskey drinker. The company’s founders include a Nike designer, the first director-level employee at Facebook, a hospitality executive, a political advisor, and a philanthropist – all huge whiskey fans and individuals who acutely understand how to build demand and buzz for a contemporary consumer product. They are backed by a team of advisors including Nike marketing experts; the Campari communications veteran behind Wild Turkey and the Aperol Spritz; a former spirits distributor; and others with deep industry experience. The Blue Run name is a nod to one of our founder’s upbringing in Georgetown, KY.