Bound by the Francoli river and its headwater Anguera, it was formed by vigorous water erosion. Situated at elevations ranging from 350 to 900 meters above sea level and benefiting from a Mediterranean climate, elevation, slope and exposure differences throughout the region contribute in creating a wide range of microclimates. Conca de Barberà was officially recognized as a Protected Designation of Origin (PDO) in 1985. 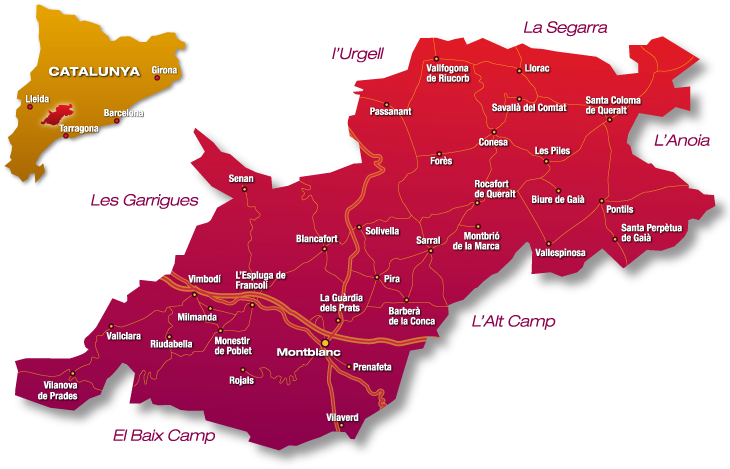 Photo from: Do Conca de Barberà

Its most important varieties are Trepat, along with Macabeu and Parellada, but what really defines Conca de Barberà is the Trepat, a native grape variety that can be found only in this area. Given its voluminous berries, Trepat was traditionally used to make the region’s flagship rosé wine, and it coexists in the Conca de Barberà region with other indigenous and imported varieties. Nowadays, local producers are devoted to showing Trepat at its best, both as rosé and red expressions. The rosés feature a clean raspberry color and fruity notes, whereas reds exhibit ruby hues with fresh red fruit aromas. While the production of rosés using Trepat is traditional to the area, the production of red wines only began in the 21st century, with the first launch of a single-variety wine in 2004. Now, Trepat is broadly used by wineries within the region.

Back in 2009, or maybe even a bit earlier, I had an appointment with our … END_OF_DOCUMENT_TOKEN_TO_BE_REPLACED