Amaro is traditionally made by infusing grape brandy with a (usually secret) mix of herbs, flowers, aromatic bark, citrus peel and spices—a blend that can include anything from cardamom to elderberry flowers. Then it’s sweetened with sugar syrup and aged, sometimes for years. – Wikipedia. 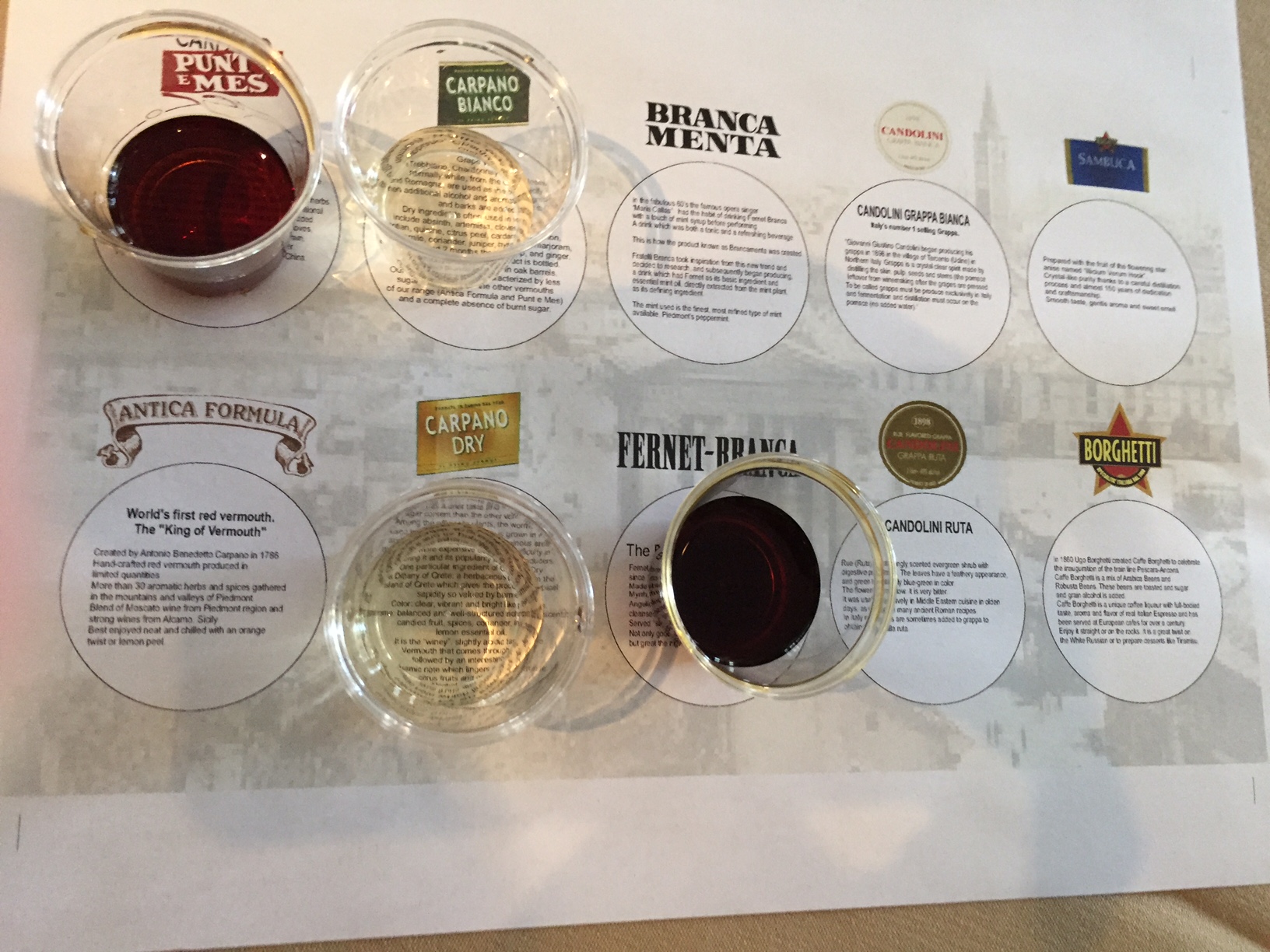 I have a fondness for bitters, all things Italian, dark flavors and aromas – so it’s no surprise that I have a fondness for Amaro. Over the years I’ve had it on the rocks after dinner – called a digestif – as well as alone to sample during classes and in icy cocktails. Let me share some of my favorites with you – not my absolute favorite brand of Amaro – I’m still exploring the differences, but what I’ve learned about Amaro that I hope will make you want to learn about it and try it as well.

The first that I mentioned was having Amaro as a digestif. I’ve been told that drinking bitters messages your stomach to fight whatever may be disturbing your stomach, so having bitters after a meal settles the stomach. I’ve often added bitters to a cocktail or had an Amaro after a large meal and did have positive results. Doesn’t hurt that I also love the flavor. My favorite is simply on the rocks with a lemon peel.

In a class organized by Fernet-Branca a few years back we examined seven different expressions from the Fratelli-Branca portfolio. (I have seven photos of our day here.) I learned a few things you may find interesting:

I’ve had three of reputedly the most popular: Montengro, Averna and Fernet-Branca. This article on Liquor.com shares a few of the brands, and the differences: https://www.liquor.com/italian-amari-5079342

There are dedicated Amaro bars in Italy, and there is one Italian restaurant in Las Vegas that I’ve discovered so far, Monzu Italian Oven and Bar, that has a huge selection that I’m dying to explore. I want to sample them on their own, and in whatever cocktails the Amaro lends itself well to. So far at home I enjoy Amaro on the rocks, or replacing sweet Vermouth in a Manhattan.

The KFWE is the destination for wine and food lovers alike, affording … END_OF_DOCUMENT_TOKEN_TO_BE_REPLACED