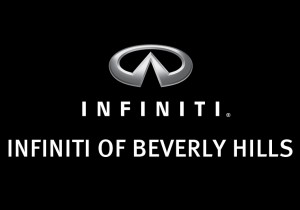 Jean Hoefliger is one of the premier winemakers of Napa Cabernet today, and for the second year in a row will be the VIP guest at Stars of Cabernet. Jean Hoefliger was born and raised in Switzerland. His initial experience took him from Switzerland to Bordeaux, and South Africa, making wine at the esteemed estates of Chateau Lynch-Bages, Chateau Carbonnieux, and Meerlust. Completing a winemaking and viticulture degree at the Swiss federal school of Changins, Jean came to California where he spent five years as winemaker for Newton Vineyard before joining Alpha Omega. Jean’s passion, knowledge, innate ability and scientific training puts him in a unique position to take the best grapes of Napa Valley and transform them into wines worthy of world class standing.

Jonathan Pey was born on the East Coast, growing up with a Dutch father. As a teenager Jonathan moved with his family to Paris, France for three years where his cheeseburger and Coca-Cola upbringing collided face-first with the culture of the fine wines of Burgundy and Bordeaux. These influences played important roles in swinging his interests toward the production fine wine. Upon his return to America Jonathan earned a Bachelor of Science in Agronomy, a Masters in Business Administration and attended UC Davis winegrowing courses. Since 1985 Jonathan has enjoyed a broad, successful career in the wine business, tasting, listening and learning while working with some of the leading winemakers in the world; Jacques Lardiére (Domâine Louis Jadot), Christian Moueix (Petrus), Peter Gago (Penfolds) and Mr. Robert Mondavi.

In 2004 Jonathan and his wife Susan founded TEXTBOOK where they today produce small lots of critically acclaimed Oakville, Rutherford and Napa Valley wines. Robert Parker recently noted; “TEXTBOOK is a serious winery with gems in its portfolio that consumers should keep their eyes on.”

These guest winemakers will host an intimate VIP reception before the Grand Tasting and share their experiences and expertise with the select crowd.

Stars of Cabernet is the premier tasting of the year that celebrates Cabernet Sauvignon. Forty of the best Cabernet producing wineries in California and the world will showcase their Cabernet and other wines. Wineries come from Napa, Sonoma, Paso Robles, Santa Barbara, France, Argentina and Chile.

Tickets are on sales now. For more information about the event and to purchase tickets please visit StarsofCabernet.com.

Ian Blackburn, founder of LearnAboutWine, drinks wine for a living. Since it was established in 1995, he has built LearnAboutWine into the leading source for wine education and events in Southern California and as it turns 20 years old in 2015. To celebrate its 20th Anniversary, LearnAboutWine will get a big facelift and a new brand, called wineLA (.com), will take over events and classes in Los Angeles. Ian Blackburn say’s “LearnAboutWine has a higher purpose that we intend to grow nationwide in 2015… an exciting time for us indeed.” Ian continues to innovate and focus on demystifying wine for everyone from the casual drinker to the potential collector and was voted as “One of the Top 5 Places to Taste Wine in Los Angeles” by LAist.com (8/2013). Ian’s passion for wine and entertaining makes him one of the top spokespersons in the United States and currently Ian is studying for his Master of Wine. Ian’s entertaining ways can be heard on You Tube, or on many of Los Angeles radio airwaves; ABC’s “The Bachelor” and on Wealth TV.

About Infiniti of Beverly Hills:

Infiniti of Beverly Hills is located in Los Angeles County and serving customers from all over California was built with one mission – Provide amenities to guarantee customer satisfaction before, during, and after the sale of our great Infiniti cars, and SUVS. If you are looking for a new Infiniti or used car, truck, van or SUV in LA County or other surrounding areas, we are a short drive away and want to earn your business today.

The only AAA Five Diamond and Forbes Five Star-rated hotel in Southern California every year since 1993, The Peninsula Beverly Hills offers 194 guest rooms, including 38 suites and 16 private villas, nestled among lush tropical gardens in the heart of Beverly Hills. The Peninsula is located at the intersection of Wilshire and South Santa Monica Boulevards, within easy walking distance of Century City and Beverly Hills’ legendary Rodeo Drive.

Love reviewing bubbly, and this time it was a Piper Sonoma Brut NV from Sonoma! … END_OF_DOCUMENT_TOKEN_TO_BE_REPLACED