LAS VEGAS – Great Vegas Festival of Beer will return to Downtown Las Vegas for two days on Friday, April 6 and Saturday, April 7 – which coincides with National Beer Day. The experiential event, produced by Motley Brews, is expected to be the state’s largest craft beer festival for the eighth time with more than 500 beers and 10,000 attendees anticipated throughout both days. 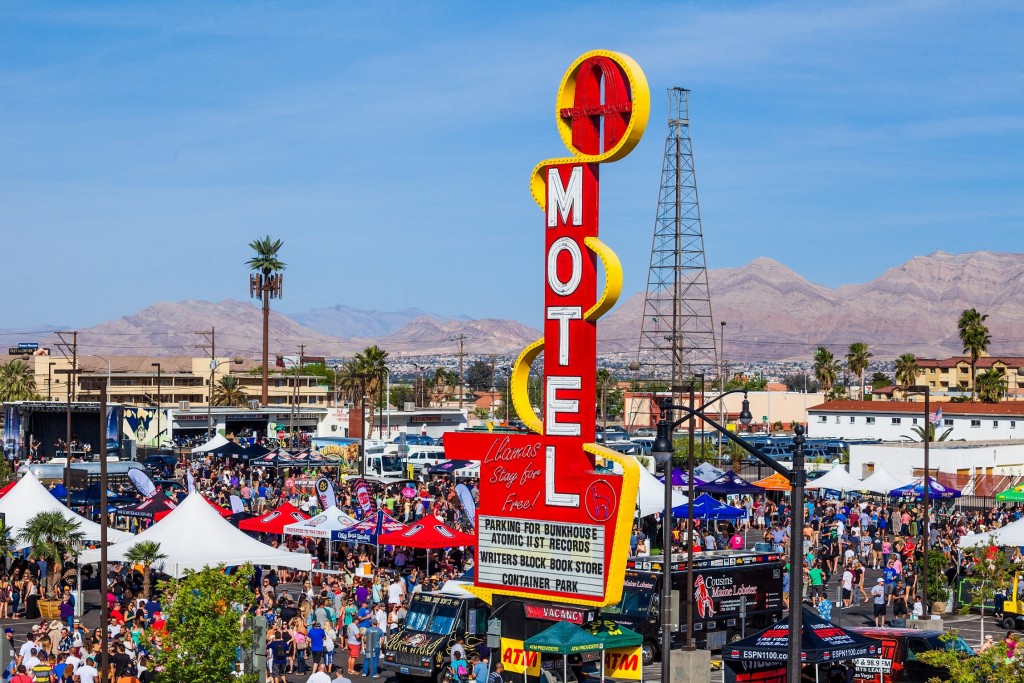 The weekend will begin with the return of the Mad Craft Experience, which was added to the Great Vegas lineup last year, from 7-10 p.m. on April 6, with culinary competitions and select beer tastings from notable breweries. The Grand Tasting will be held from 3 to 7 p.m. on Saturday, April 7, with early entry at 2 p.m., and will offer more than 500 craft beers from more than 120 local, regional, national and international breweries, in addition to beer-inspired and infused cuisine from some of Las Vegas’ top chefs.

“We have separated Great Vegas from any other beer festival in the nation by introducing new interactive and experimental experiences for craft beer lovers,” said Brian Chapin, founder and CEO of Motley Brews. “This year, we’re adding even more entertainment, culinary options and of course, beer.” Chapin demonstrated Las Vegas’ thirst for craft beer with the inaugural Great Vegas in 2011, which quickly sold out to more than 2,000 attendees. The event has grown from year to year, prompting an expansion to two days in 2017.

Tickets for the Mad Craft Experience start at $55 plus fees. Tickets start at $40 plus fees for Saturday’s Grand Tasting, providing access to the festival from 3 to 7 p.m. along with a tasting glass, unlimited beer samples and entertainment options including a silent disco, BrewLogic seminars and more. Early admission tickets are also available, providing entry at 2 p.m., priced at $50 plus fees.

VIP tickets to the Grand Tasting, Great Vegas’ most coveted credential, are priced at $90 plus fees, and include early entry at 2 p.m., access to the VIP Brewers Lounge, which includes a rotating tap of limited release and rare beers, a decadent spread of top-notch cuisine prepared by celebrated Las Vegas chefs, a lounge area and more. VIP tickets are limited, and all tickets are available for purchase now at www.greatvegasbeer.com.

A portion of the proceeds from the event always benefit local non-profits, this year including The Folded Flag Foundation, the Vegas Golden Knights Foundation, Goodie Two Shoes Foundation and the Nevada Craft Brewers Association.  More information about Great Vegas Festival of Beer is on Facebook, Twitter and Instagram @GreatVegasBeer, or on the website at  http://greatvegasbeer.com/.

Motley Brews will host a Beer and Sear craft beer and culinary ‘beerunch’ at Searsucker Las Vegas from 11 a.m. to 2 p.m. on Saturday, Feb. 24. In addition to exclusive beer tastings, guests will experience a decadent preview of what is to come at Great Vegas, where Stephen La Sala, executive chef of Searsucker, will cook a variety of beer-inspired dishes created specifically for festival attendees with VIP tickets.

Haven’t done a “round-up” article in a long time. That’s where I ask pals on … END_OF_DOCUMENT_TOKEN_TO_BE_REPLACED