The Lucques Group is proud to announce that Suzanne Goin has received the GAYOT.com Restaurateur of the Year award for 2019, just published by the international travel guide. 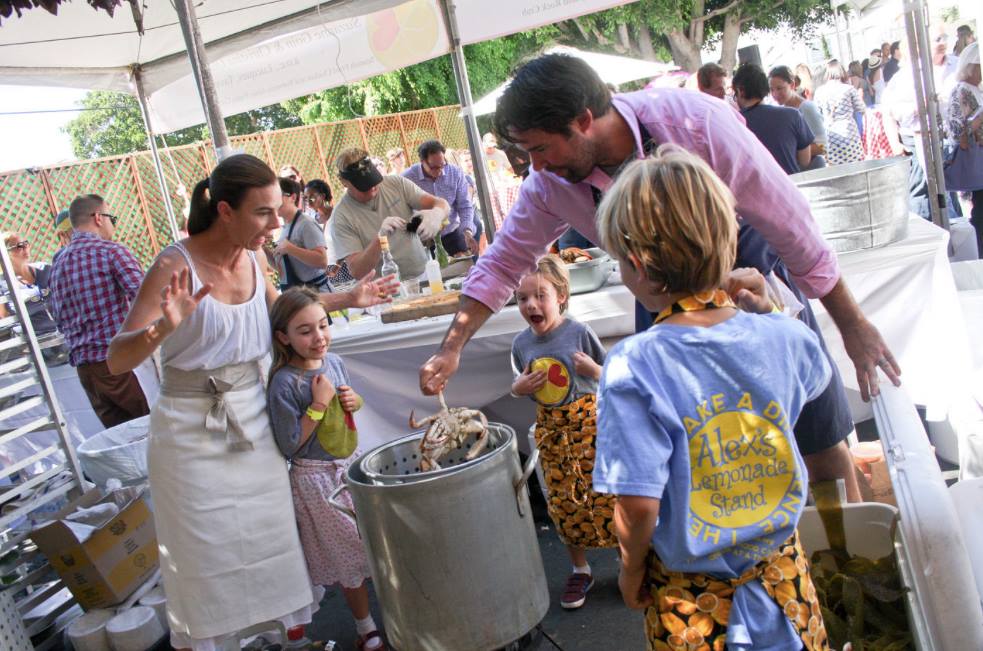 In presenting this award, Sophie Gayot states, “To succeed in satisfying the ever-changing tastes of this city can be quite a feat and that’s just what Chef Suzanne Goin has achieved on L.A.’s dining scene for more than two decades.” The Restaurateur of the Year is part of GAYOT’s Annual Restaurant Awards. The full story on Suzanne can be viewed HERE.

“Restaurants and cooking are my life’s passion,” states Suzanne Goin. “To me, there is nothing quite like creating places that can transport us and provide what is sometimes a comfort and sometimes an escape—when it’s done well those restaurants become a part of the community—they become more than the sum of their parts. When it all works this is the joy of being a restaurateur. For this reason and especially coming from a group I have respected for so many years, it’s a true honor to be awarded GAYOT.com’s Restaurateur of the Year award for 2019.”

Aimed to inspire and inform, GAYOT.com provides everything there is to know about culinary and drink scenes for every taste and budget. André Gayot — who with his friends, Henri Gault and Christian Millau, invented the term “Nouvelle Cuisine” in the early ’70s — had been directing sophisticated travelers to the best restaurants, hotels, shops, sightseeing, and cultural attractions throughout the world since 1969. André sadly passed away on October 5, 2019. Today, the guide is still written by a team of savvy restaurant critics and drink experts with commentary that is informative, honest and witty, under the direction of his daughter Sophie. From the famous Guide de la France, first published in 1972 to “The Best Of” guides in English (1981) and the “Restaurants” guides (1995) covering major American city restaurants, GAYOT Guides became the travel bible of an international readership in quest of the best. With the arrival of the digital world, GAYOT guidebooks have now been succeeded by a comprehensive website for up-to-date information about restaurants, wines and spirits spirits, GAYOT.com.

ABOUT THE LUCQUES GROUP:

With the opening of LUCQUES, their flagship restaurant, in 1998, three-time James Beard Foundation’s award-winner Suzanne Goin and 2019 James Beard award-winning restaurateur Caroline Styne planted the seeds for The Lucques Group, a Los Angeles hospitality company that comprises two other fine dining restaurants – a.o.c. and TAVERN. Along with these culinary enterprises, the company also operates LUCQUES CATERING, the LARDER BAKING COMPANY, as well as directing the comprehensive food services for the iconic HOLLYWOOD BOWL. In spring 2020, they will operate new restaurants at the highly anticipated PROPER HOTEL opening in downtown Los Angeles. THE LUCQUES GROUP is dedicated to seasonally influenced cooking and focuses on sourcing local, organic produce from which Goin creates soulful dishes that are bold in flavor, vibrant, layered and complex.

Always interested in learning about wine, and even more in masterful ways it can … END_OF_DOCUMENT_TOKEN_TO_BE_REPLACED