A high school friend of mine, Don Sniffen, recently shared a screenshot from the news on television, showing the top brands of celebrity-endorsed liquor. Got me to thinking that though I don’t buy things just because a celebrity tags their name to it, I have noticed over the years that celebrities can get attention to certain worthwhile causes when they associate with it. Thinking mostly of Princess Diana and how she walked through a minefield decades ago, in the hopes of raising awareness and hopefully banning the practice of hidden bombs. 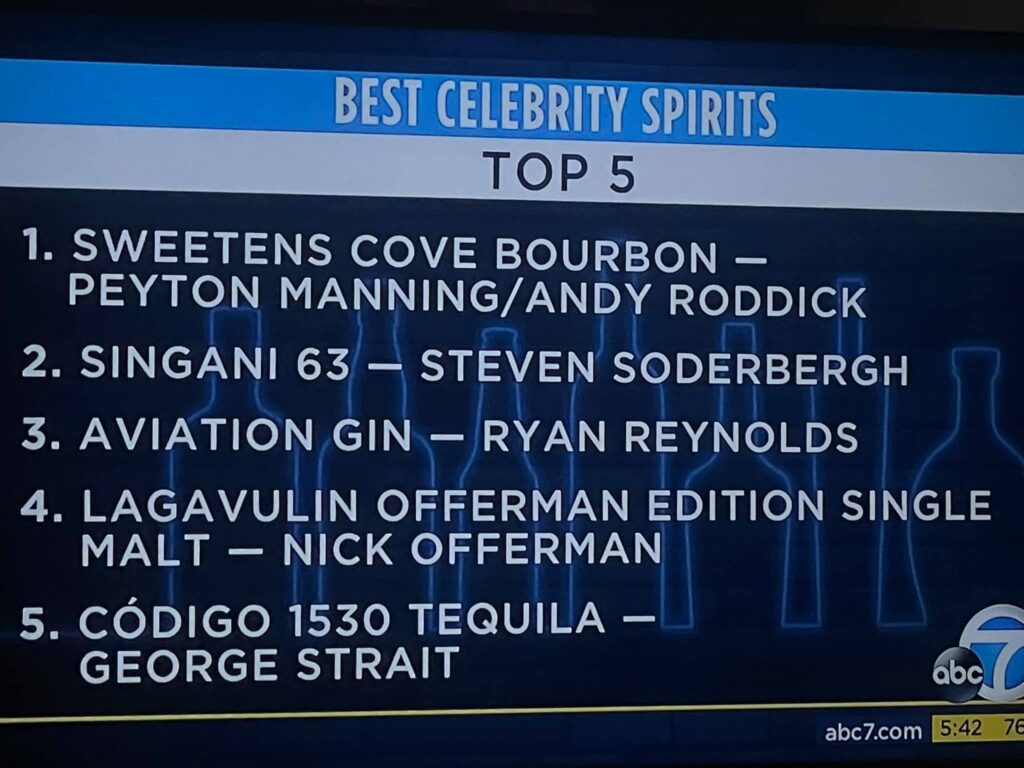 Okay, well celebrity-endorsed liquor is nothing like that. But it works the same way: a celebrity raises awareness of a brand by attaching their name to it. So, I took to social media to ask the question, “What are your favorite celebrity booze brands?” Some of the answers surprised me, and I may be making some additions to my liquor cabinet based on them. Here they are:

Marleen R: I have Aviation before I even knew it was Ryan’s (Reynolds). It’s delicious!! There’s Teremana by Dwayne Johnson I was curious about, but I don’t drink straight tequila.

Tamar H: Sagamore Spirit Rye. By the owner of Under Armour. It’s my husband’s favorite.

And from the Nightclub and Bar Show: There’s a certain Texan that works with Long Branch Bourbon. (Looked that up, it’s Matthew McConaughey!)