BORDEAUX, FRANCE (PRWEB) – Despite the cumulation of the COVID-19 pandemic and the cancelation of the En Primeurs Week, Château Malescasse is continuing to focus on producing wine that earned the estate a “Cru Bourgeois Exceptionnel” classification, propelling the domaine at the forefront of the Médoc’s most highly regarded properties. 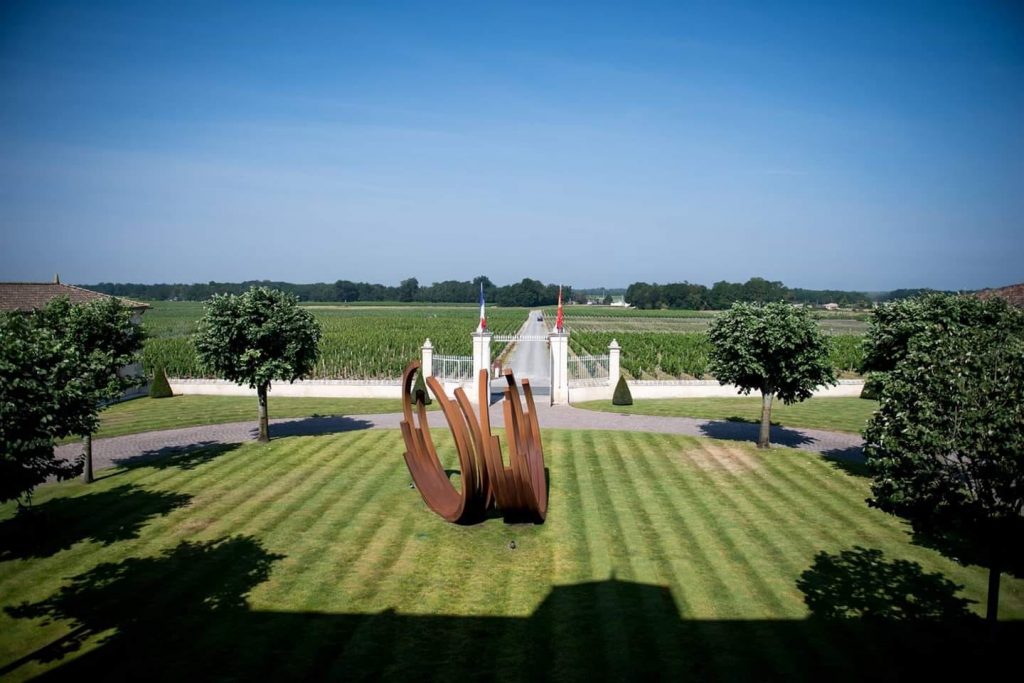 The Crus Bourgeois du Médoc appellation announced a new three-tier classification system earlier this year and among 249 châteaux classified Crus Bourgeois, “Cru Bourgeois Exceptionnel” has only been awarded to 14 selected properties. The “Exceptionnel ” level of the new classification requires quality standards and sustainable practices and the following of strict guidelines with technical procedures applied to the vineyard, the harvest method, bottling and quality assurance. Furthermore, the promotion of the wines is evaluated; from the presentation of the site and tourism offerings to distribution and international activities.

Over the past seven years, Château Malescasse has undergone a revolution; with changes to processes in the vineyard, winemaking practices as well as marketing efforts which contributed to earning this elite classification.

“We couldn’t be more proud of this distinction, it is the result of many years of dedicated work and a strong team effort. It is an honor to be recognized as one of the top properties in the Médoc,” said Alban Cacaret, Managing Director of Château Malescasse.

The vineyards were restructured in terms of soil, rootstock, clone and planting density, to operate in the same vein as the neighbouring Grands Crus Classés. The sustainable farming practices now center around preserving the existing biodiversity, the overall natural state of the vineyard environment and optimizing energy usage. Yields have been reduced and a rigorous grape selection process has been implemented, with only 50% used in the blend of the premier wine, compared to 80% in previous years.

All of the winemaking practices are focused on preserving the pureness of the fruit and are overseen by wine consultant Stéphane Derenoncourt. A new wine cellar was created with small volume oak barrels and concrete vessels enabling harvests of single vineyard plots.

As part of the continuous efforts to create a better experience for visitors on the estate, Château Malescasse has been fully restored: the winery and the charterhouse have been fully revamped to form a living, welcoming experience, inspired by the history of the estate and the neoclassical style of the finest houses of the Médoc. The property organizes public and private events and has become a dynamic and unmissable spot on the Bordeaux wine trail. It attracts visitors from around the world, looking to experience refinement and the French art of living.

About Château Malescasse: Owned by Vignobles Austruy since 2012, Château Malescasse has been crafting its signature Bordeaux wines in the Haut-Médoc between Margaux and Saint-Julien since the early 19th century. It acquired and maintained the Cru Bourgeois status since 2003 before obtaining the Exceptionnel distinction earlier this year. The château and gardens cover over 1.5 acres surrounded by 100 acres of vineyards.

Almost 10 years of preparation and consultation were necessary to obtain consent from the public authorities for the creation of this new classification, which recognizes the quality of winegrowers work and gives them a longer-term view of their property’s wine, thereby facilitating projects and investments. For consumers, the classification is a guarantee of quality that enables them to choose a Cru Bourgeois in complete confidence.

Based on a schedule of requirements and a rigorous verification procedure, the entire classification process is overseen by an independent verification body to ensure a fair and honest ranking. This body ensures impartiality at all stages.

Blind tasting of five vintages is the first criteria on which properties applying for classification are judged, with different requirements for each level. The higher categories of “Cru Bourgeois Superieur” and “Cru Bourgeois Exceptionnel” are assessed on two main additional sets of criteria: the technical management of the vineyard and the marketing and promotion of the property.

I attended a wine class organized by the North American Sommelier Association (NASA), of which I am a member, to learn more about ‘Cru Bourgeois’ wines mostly from the Medoc and Haut Medoc region of Bordeaux, France.

Wine appellations in Europe have lots of rules and distinctions. The Cru Bourgeois was different from any other I had learned about before, and the prices – $20 to $50 average – made them accessible to anyone with wine interests.

There were just maybe two dozen of us in the class: sommeliers, wine store owners and wine students. I was surprised to learn that I was one of two people that had been to Bordeaux, but not to the Medoc region.

Some of the reasons why the Bordeaux region is important

Haut Medoc is where the classic Cabernets come from. If you travel the road between Medoc and Haut Medoc, running south to north, the gravel changes from smaller and fine to bigger gravel and more clay. So wines from Haut Medoc are more tannic, potent, powerful and require more aging. As you continue up the wines get bigger. It is widely considered that wines made from grapes closer to the Gironde River are better.

The term, Crus Bourgeois, first became commercial in 19th century. The classification was made official in 1932 with 444 members. By 2003 there were 247 Chateau in the association.

The Crus Bourgeois are considered good wines that weren’t let into Grand Cru classification. This was a way to get national recognition beyond the Grand Crus.

The Crus Bourgeois is a privately controlled certifying organization. At one point one member of the panel was a vintner, it was eventually deemed unfair, and in 2009 a new tasting was held.

The first official selection of Crus Bourgeois was for the 2008 vintage. Every year, two years after harvest, the wines are tasted to see if they will be included as a Crus Bourgeois. The procedure is done annually, to every vintage, and supervised by an outside party, with an audit and a blind tasting. (Grand Crus don’t do this testing)

They have to have a representative random sample, to get an indication of that year’s quality, so they do an annual blind tasting that starts with 80 samples and goes down to 16. This gives a benchmark score of quality and what they are looking for.

More Facts of the Crus Bourgeois

For centuries, BORDEAUX has commanded an almost mythical status in the world of wine, beguiling kings, emperors and dictators alike. While its survival is dependent on the capricious nature of weather,  its prosperity has always been tied to the shifting fortunes of global economies. As powerful nations rise and fall, so does the fate of this place.

One of the unique and historical characteristics of this commanding wine region is the quality ‘classification’ of its left bank (Medoc) wineries. Most of us are well aware of the famous 1855 classification that divided the wineries into a ‘Grand Cru’ scale of 1 to 5 and how unreachable the 5 top Chateaux are in price…but how about the wineries that were NOT classified in 1855 ? The ones that were born after, or perhaps never made the cut back then but today make fabulous wines at accessible prices? Welcome the CRU BOURGEOIS. Created in 1962 but with a far longer history, this association of producers stands to protect, classify and promote all the superb wineries that were not classified in 1855 and were in the hands of merchants and not noble families. They represent some of the best and most competitive wines that Bordeaux has to offer. As a result of their selection criteria and positioning in terms of price, the Crus Bourgeois are ideally suited to today’s markets and the requirements of increasingly demanding consumers.

Haven’t done a “round-up” article in a long time. That’s where I ask pals on … END_OF_DOCUMENT_TOKEN_TO_BE_REPLACED