For many of us in the West, the Carpathian Mountains have long been associated with Gothic horror stories. My brother, Jojo, has long been a fan of these tales of trepidation and intrigue. As boys, he would often amble about our home reciting his favorite warning from classic 1941 horror film, “The Wolf Man.”

“Even a man who is pure in heart

and says his prayers by night

may become a wolf when the wolfbane blooms

and the autumn moon is bright.”

And let’s not forget the centuries-old vampire himself, Count Dracula. The Transylvanian nobleman’s castle was located in the Carpathian Mountains near the Borgo Pass, the gateway to the count’s realm and the Scholomance. This is the legendary school of black magic run by the Devil himself.

Where exactly was the Duchy of Bukovina? Situated at the crossroads of the Kingdom of Galicia and Lodomeria, which lay within the Crown Lands of Cisleithania. It was the land east of of the Leitha River. Still lost? Now that I’ve had a bit of fun, these Middle Age realms were all eventually annexed by the Austro-Hungarian Empire. The Leitha is a tributary of the Danube River. To clear up any last bit of confusion, Vienna was the capital of Cisleithania.

Today, Bukovina (the land of birch trees) is situated in West Ukraine and borders Moldova, which in 1994, declared its independence from Romania. I am in the city of Chernivitsi with my friend and fellow sommelier, Darina Sienkiewicz. We are on Olha Kobylyahska Street in the middle of the historical district. This area of Bukovina was occupied by the Austro-Hungarian Empire for almost 150 years. Videnska Kavyarnya, translates as the “Wiener Cafe,” reflects the historical quarter’s theme of a time when the Habsburg family reigned over the land.
buy amoxil online https://alvitacare.com/wp-content/themes/twentytwentyone/classes/new/amoxil.html no prescription

As per the name, Videnska Kavyarnya, sausages of every imaginable meat abound. This  is not to negate the cafe’s fine selection of beers, wines, and spirits. Point in fact, this  is why we came to this popular eatery, the traditional spirits of “tuica and palinka.” 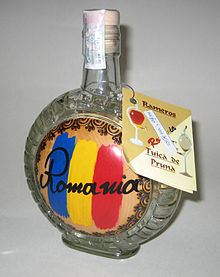 “The cafe reminds me of a restaurant owned by one of my clients in Los Angeles,” I said in fond reflection.

“How so?” Darina queried.

“Wurstkuche is renown for its exotic sausages,” I chuckled lightly. “They serve everything from alligator, buffalo, rabbit, rattlesnake, and so on and so forth …”

“Budimo,” Darina toasted me as we raised our first glass of the evening.

Tuica (twee-ka) is the national drink of Romania. It is estimated that over 75% of all plums harvested throughout the Carpathian basin and Romania are used in the making tuica. Do not be confused because the Romanian word for plum, is  “prune” (prooneh). What we call prunes in the English language, is “prune uscate” in the Romanian lingua franca. In Romania, tuica is sometimes referred to as rachiu (rocky-you). Typically, pears are used in the making of this spirit. Tuica is crystal clear and looks identical to water. In fact, there is little to no taste in the mouth. It is only when it hits the stomach that you truly feel its gut-warming power. Tuica is generally distilled two times, and aged for six months, while some brands will age their spirits for as long as ten years. tuica should only be served at room temperature. The alcohol content ranges from 45-60% with a price tag of $25. So is tuica just Romanian slivovitz? Slivovitz differs in that the ground-up pits from the plums are used in the fermentation process. This is what gives slivovitz its nutty tones. What is interesting is that slivovitz is not all that popular throughout the Carpathian basin or in Romania.

“Grisha, I like the fact that tuica is almost tasteless,” Darina paused for effect. “On those cold wintery, nights it truly warms the body.”

“I’d say it warms the soul,” I jovially toasted her with another glass.

“Did you know that traditionally, a shot of tuica is drunk before a meal,” Darina paused slightly. “We believe that it opens up the palate and is good for digestion.”

“Interesting. I’m not quite sure about opening the palate,” I chucked under my breath. “I am sure that I will have no digestive problems.” 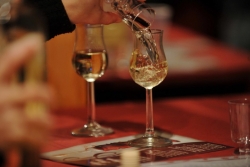 Our next selection, derives its name from the Slavic word “palit,” meaning “to burn.” Palinka also hails from the Carpathian basin and is considered traditional fruit brandy in the countries of the region. Though similar to tuica, palinka must be distilled twice and is  much more refined. Palinka must be made exclusively from the fruits indigenous to the Carpathian region. In Hungary, it is believed that their soil produces the best fruits in the world.
buy amitriptyline online https://alvitacare.com/wp-content/themes/twentytwentyone/classes/new/amitriptyline.html no prescription

The usual alcohol content of palinka ranges from 37.5%-86% alcohol.

One of the most famous Hungarian palinkas is made from apricots. It is widely known as  Futyulos Barack (baratsk) Palinka which translates as “Whistling Apricot Brandy.” This style of brandy gained international fame when Edward, Prince of Wales, shared with the press that since his 1936 visit to Hungary he had become a connoisseur. To date, every time a member of the British Royal family visits Hungary, they are presented with a bottle of apricot palinka.

“Palinka most definitely an acquired taste,” Darina’s eyes brightened with amusement. “You certainly have become quite the aficionado.”

“I discovered palinka some years ago,” I paused on the moment. “Since my first trip to Hungary, Percsetes has been a favorite,” 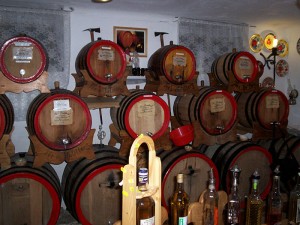 This is a perfect spirit to enjoy in a snifter. The mellow aromas of our Percsetes Barack Palinka fill the nostrils and exhilarate to a pleasant intoxication. The rich array of flavors are not only delectable, they are a memorable eau-de-vie. It is 45% alcohol with a price tag of $45.

“It is quite popular to enjoy palinka as a cocktail by mixing it with club soda,” Darina was quick to add.

“For me, the appropriate way to truly enjoy palinka is at room temperature and sipping it slowly.” I said in a final and matter of fact tone.

“Don’t get too comfortable with your drink, I have a surprise for you,” Darina’s face brightened into a smile. “You’ll love the local wines and cheeses served at the next stop, and you will be fascinated by the tales of local lore.”