The Malbec grape is one of the five red grapes originating from the Bordeaux region of France, the others being Cabernet Sauvignon, Merlot, Petit Verdot, and Cabernet Franc.  Used primarily as a blending grape in France and California, Malbec really shines as a standalone varietal in Argentina.  It makes sense, as Malbec is an ideal wine to pair with beef.  [I wonder if the gauchos drink Malbec after a long cattle drive?]

So, I was very excited to receive the following email: 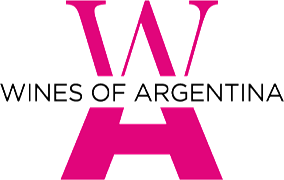 As has been the case for the past two years, there will be a series of events globally to mark this occasion in cities including Buenos Aires, São Paolo, London, New York, and…Los Angeles!  At Full Circle, we have the pleasure of working with Wines of Argentina and will host this event on Tuesday, April 16th as an ALL Malbec, three-course luncheon, at Lucques. Hosted by MS Tim Gaiser, the event will kickoff at 11:30AM and will feature a dozen Malbec producers covering a wide range of styles and regions framed by Lucques’ exquisite cuisine, served up by the superb Lucques team led by Caroline Styne. Chef Suzanne Goin’s approach ensures Lucques has always been a wine friendly and savvy site and, for this reason, Malbec will be happily celebrated there.

I’d personally like to extend to you an invitation to this exclusive luncheon. Please let me know if you can come no later than Monday, April 1st as space is extremely limited. There is, of course, no charge to attend.

Complimentary for trade guests by invitation-only.

As they say in Argentina… ‘hasta pronto’

Upon arrival, Eve and I were handed glasses of Malbec rosé, a first for me for this varietal. We mingled with other members of the media and trade for awhile. Eventually heading to our seats, we were presented with the following menu: 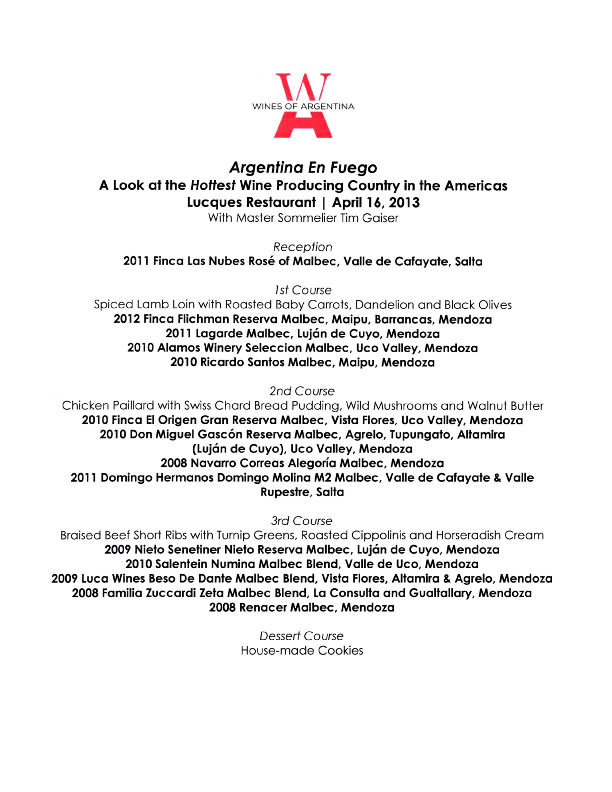 I mentioned above that Malbec goes well with the beef and hearty flavors associated with Argentinean cuisine. We also learned from Master Sommelier Tim Gaiser that the wine growing regions of Argentina provide the perfect terroir to showcase Malbec’s flavors. Based on the data provided to us, the elevation of the vineyards appears to be a huge factor.

We tasted through a total of 14 wines, and they paired perfectly with the delicious food from Lucques. My own tastes gravitated towards those that were in more of a new world style, emphasizing the fruit. My absolute favorite of the day was:

You can read more about the event in Eve’s article at [http://thescvbeacon.com/category/eve-bushman/].

Michael Perlis has been pursuing his passion for wine for more than 25 years. He has had the good fortune of having numerous mentors to show him the way, as well as a wonderful wife who encourages him and shares his interest. After a couple of decades of learning about wine, attending events, visiting wineries and vineyards, and tasting as much wine as he possibly could, he had the amazing luck to meet Eve Bushman. Now, as Contributing Editor for Eve’s Wine 101, he does his best to bring as much information as possible about wine to Eve’s Wine 101 faithful readers. (2013 Update: Eve and Michael announced Eve Wine 101 Consulting. Info is here: http://evewine101.com/press-releases/)