Over 30 of Santa Ynez Valley’s high-quality, small-production winemakers to pour at Veteran’s Hall in Solvang

Garagiste Events has announced the return of one of its most successful events, The Garagiste Festival: Southern Exposure, which will feature over 30 of Santa Ynez Valley’s high-quality, small-production winemakers, all pouring under one roof on March 29th, 2014, in Solvang, CA. The non-profit festival sold out last year, and was announced in Paso Robles at the annual Garagiste Festival, which also sold out for the third year in a row. Southern Exposure will once again take place at the beautiful, Mission-style Veterans Memorial Hall in the heart of Solvang, California, and, like all Garagiste Events festivals, will incorporate the festival’s signature high-quality wines, personal winemaker interaction and renegade spirit. 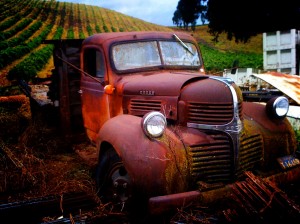 “As we hammer another sold-out sign into the ground outside our Paso Robles Garagiste Festival, we are thrilled to announce that the Garagiste Festival: Southern Exposure will return this Spring,” said Garagiste Festival co-founder Doug Minnick. “There is no shortage of extraordinary garagiste winemakers on the Central Coast and, as we again turn our sights 100 miles south, we look forward to introducing garagiste fans to some new discoveries and ‘old’ favorites in Solvang. The excitement about this movement continues to grow as does the quality and diversity of the artisan winemakers who participate in our events. Get your tickets early, we will sell out fast.”

The non-profit Garagiste Festivals showcase high-quality, cutting-edge, small-production wineries that produce fewer than 1,200 cases a year and have emerged as among the most unique and influential wine events in the US. Named one of the ‘Top Nine Incredible Epicurean Vacations’ in the world by ABC News* and a ‘not to miss’ event by the LA Times, the festivals have introduced over 150 outstanding artisan winemakers to thousands of passionate wine consumers, members of the trade and media, raising the profiles of many of the winemakers nationally for the first time and raising thousands of dollars for the education of future winemakers.

*Garagistes (gar-uh-zhe-stuh) is a term originally used in the Bordeaux region of France to denigrate renegade small-lot wine makers, sometimes working in their “garages” (anything considered not a chateau), who refused to follow the “rules,” and is now a full-fledged movement responsible for making some of the best wine in the world. Click here (http://bit.ly/119JfED) for more info and proper ‘garagiste’ pronunciation.

VERONA, ITALY (PRWEB) - The CourseJuly 2022 marked an exciting foray into the UK … END_OF_DOCUMENT_TOKEN_TO_BE_REPLACED