California Winemasters is launching the inaugural VinFort event for those who appreciate Cognacs, ports and late harvest wines, this November 7th.

“The California Winemasters is excited to offer something a little new and different to wine-tasters who enjoy fortified wines as much as they do a bottle of wine. The timing is perfect too! Just before holiday season.” – says Barbara Balik, Director of Special Giving at Cystic Fibrosis Foundation. 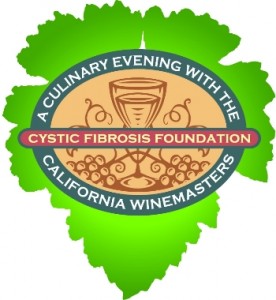 VinFort will pour Cognacs, ports and late harvest wine brands within the Jeanie Madsen and Hamilton Galleries on Ocean Boulevard in Santa Monica, on November 7th, 2014 from 7:00 p.m. to 10:00 p.m.

“From Norton Late Harvest Wines to Ye Olde King’s Head Shoppe Christmas pies – there will be an array of Cognacs and other fortified wine brands, as well holiday inspired foods to get us all in the mood,” says Natasha Swords of Swords PR, who is responsible for the event’s logistics. “Art for the eyes, fortified wines for the palate, and live jazz for the ears too! Local restaurants will be there too to keep our tummies satisfied with their signature holiday fare. It’s set to be an exceptionally unique evening!”

Tickets are available at www.vinfortsantamonica.com.

The California Winemasters is a perennial Wine Spectator Top 10 Charity Wine Auction set for May 16, 2015 at Warner Bros. Studios in Burbank. This extraordinary event showcases 50 international chefs and 75 of California’s Finest Wineries. “Winemasters” has raised over $27 million in support of the mission of the Cystic Fibrosis Foundation.

The CF Foundation is a nonprofit donor-supported organization dedicated to attacking cystic fibrosis from every angle. Its focus is to support the development of new drugs to fight the disease, improve the quality of life for those with CF and ultimately, to find a cure.