I was introduced to Bowen’s Whiskey at the Cocktails on the Roof event I co-hosted recently. The vendor didn’t send a rep, no, this Bakersfield-based distiller was represented by a Bowen, JoJo Bowen herself.

I had one taste that night, and it was enough to make me seek JoJo out at the end of the night to ask if I could take home a bottle to review. Didn’t hurt that JoJo shared with me that Tasting Panel magazine had awarded their whiskey 94 points, and that some major competitions had also stepped up to the plate and given them bronze, silver and platinum medals since 2012. 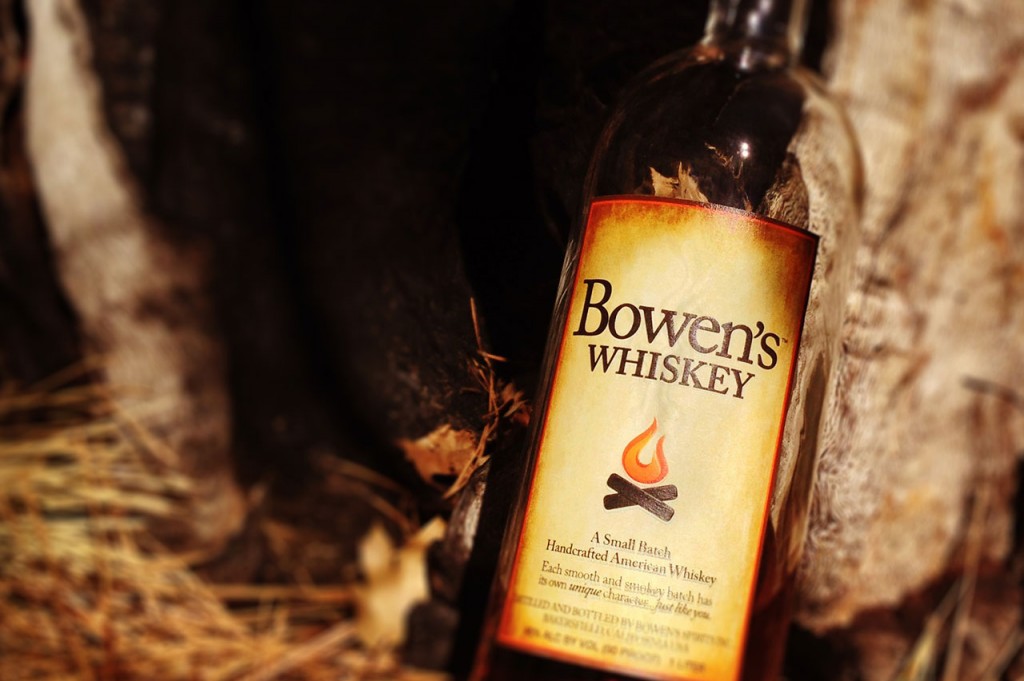 Optional dash or two of bitters

Serve on ice in a Moscow Mule mug

Sounded a lot like a Whiskey Buck, which is loosely the same cocktail as a Moscow Mule – when you replace the vodka with whiskey, rye or bourbon in the recipe.

With the addition of a couple of dashes of angostura bitters and a full 6 ounces of Fever Tree ginger beer, this was one refreshing cocktail. If you prefer your whiskey iced down to reduce any of the burn components, love Moscow Mules or are just a fan of ginger, this is another option for imbibing your Bowen’s whiskey.

Bowen’s small batch whiskey is intentionally unique by design. The approach from the beginning was to make something different that stands out, as common tradition seems to stifle ingenuity.

To keep Bud’s spirit alive combined with Wade’s own experience, we start with a 100% corn base, cut it with a proprietary structured water for purity and consistency, and age it to perfection in reclaimed, fire ravaged oak sourced from forests on central California’s Piute mountain range.  Because of its corn base Bowen’s Whiskey is entirely Gluten Free.

We are known as the whiskey that both scotch and whiskey drinkers appreciate. It appeals to so many whether their preference is straight up, on the rocks or mixed. Both women and men enjoy the smoky “California campfire” taste that is Bowen’s Whiskey.

Like other great whiskeys, Bowen’s Whiskey neat, stands on it’s own. However, it also does very well in new and traditional cocktails or other mixed drinks not normally using whiskey like a Bloody Mary or a Margarita.

Our natural approach to marketing is straightforward, it just is what it is, a California whiskey. You either like it or you don’t.

PORTLAND, Maine – Registration has kicked off for Vinexpo America and Drinks … END_OF_DOCUMENT_TOKEN_TO_BE_REPLACED