The San Francisco International Wine Competition has been around since 1980, so they must be doing something right. Headed by James Beard Award winner Anthony Dias Blue and judged by somewhat of a Who’s Who of the wine world elite, this year’s event took place at Hotel Nikko in June. 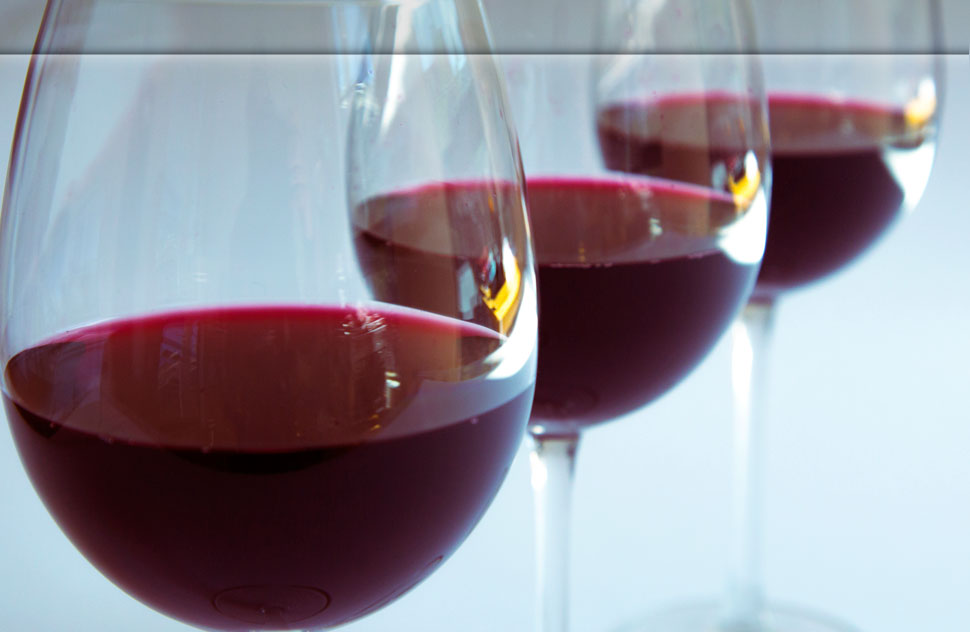 [Speaking of wine judges, I’m thinking of starting a “Where’s George?” contest so readers can pick out George Skorka’s picture at all the places he shows up. One of SCV’s favorite wine experts, he is seemingly everywhere, and, yes, he was a judge at this event.]

After the competition, they take their show on the road, along with their sister event The San Francisco World Spirits Competition, to showcase for the media and trade the current Double Gold Medal Winners of both events. The tour is national, starting in San Francisco, with stops along the way that include Washington DC, Las Vegas, New York City and Miami. Fortunately for us, the first stop after leaving San Francisco was at Ocean Prime restaurant in Beverly Hills. [“Where’s George?” players please note that he was here at the tasting.]

Eve’s Wine 101’s Eve Bushman focused primarily on the spirits, which you can read about in the SCV Beacon. My wife Karen and I tasted through many of the wines being offered. These were some of the highlights for us…

Cholame Vineyard – 2012 Chardonnay, Santa Barbara, USA ($32) This had a good mouthfeel, according to Karen.

TAO Vineyards – 2013 Cabernet Sauvignon, Los Angeles, USA ($28) TAO, based in the Agoura Hills, was the surprise of the show for me. I’m looking forward to tasting their entire lineup.

Las Positas Vineyards – 2012 Cabernet Sauvignon, Estate, Reserve, Livermore Valley, USA ($65) Wines like this one are really improving the reputation of the Livermore Valley.

LANGETWINS Winery – 2011 Premium Bordeaux Blend, Midnight Reserve, Lodi, USA ($30) I normally think of Zinfandel when I think of Lodi, but this blend of Cabernet, Petit Verdot, Malbec and Merlot was excellent.

Canihan Family Cellars – 2011 Syrah, Exuberance, Canihan Estate Vineyard, Sonoma County, USA ($49) This cool climate Syrah was the star of the tasting for me. A great example of what a Syrah is supposed to taste like.

Even though we were there primarily to report on the wine, we couldn’t leave without trying at least one spirit, the baijiu from Shui Jing Fang, a clear spirit from China. We enjoyed both the taste and the 600+ year history of the distillery.

Thanks to Ocean Prime for hosting and providing the noshes of tuna tartar, shrimp cocktail and braised short ribs.

You can check out all the winners on the website. The big takeaway for me, in spite of my favorite wine being from Sonoma, was the number of winners from less recognized areas like Livermore and, of all places, Agoura Hills. Time to get out of your comfort zone and explore.