On March 6 I interviewed Chef Tamra Levine about her inspired interpretation of Chilean fare for a wine pairing dinner at Salt Creek Grille. A month later, and I’m still ranting about it. But the difference is that I’ve now had the dinner. 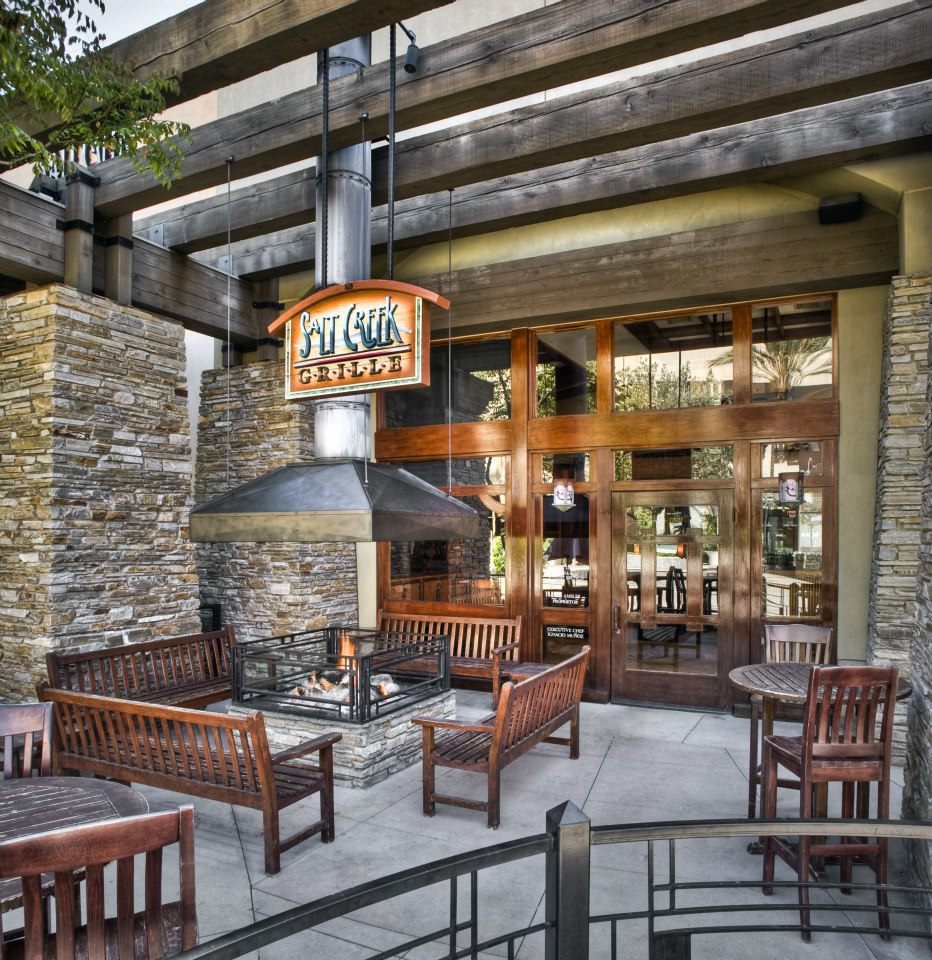 You may have remembered last Thursday.

The winds whipped up to try and keep us all nestled indoors. But, at exactly 6:15, after I had whipped my own coif up into a tightly fastened “do”, it all calmed down.

I had to imagine that the same thing might be happening in the kitchens at Salt Creek Grille.

Along with their regular Thursday night bustle, they made an impressive inaugural debut in their catering department. And not any of the items were off of the menu; it was all created just for us.

Whisked into the tightly tented outdoor bar unlike no other, guests were greeted with full flutes of sparkling wine – not on our printed menu.

From there we were seated, and like any classy event, were assigned to tables with people of like tastes. I was thrilled to find myself placed with Lil Lepore and Shari Fraizer, owners of Vino 100 Valencia. We enjoyed some fun “shop talk.”

Within minutes Greg Amsler, in between meetings for his man-of-the year nomination, welcomed us and introduced Tamra, who in turn, thanked us for attending the first of several regional wine pairing meals she had planned. I wanted her to tell the crowd that she is the only caterer and near sommelier in our valley equipped to create the meals and choose the wines for them, but being far more modest than I am, she instead introduced Alex Guarchi, president of TGIC Importers to talk to the crowd.

“I want to thank you all for taking the time to come to a dinner, during this recession. Taking the time for wine – if we don’t do that – there is something wrong with that picture.”

“Taste is very subjective I believe. You have to be open to the wine and food and let them speak for themselves. You will have light wines with the lighter food and then be introduced to bigger wines.”

“You’ve undoubtedly heard several do’s and don’ts with wine. Who here knows which fish is okay to have with a Pinot Noir?” To which Lil Lepore confidently answered, “Salmon!”

While Alex spoke, our first course arrived: Empanada de Camerone Humitas, Calabaza, Corn and Coconut soup with Pisco Sours. Pisco is a brandy made of Muscatel grapes in Chile and Peru; no one knows who created it first. The bar staff mixed it with egg whites, lime and sugar. The egg whites coated my tongue in a sugary glaze – the perfect aperitif to the soup and empanada.

Merken dusted Pheasant Breast Medallions stuffed with Chilean mushrooms made me wonder where you could get pheasant in SCV. Served over a bed of Chorizo laced Quinoa Risotto, I was surprised to learn from Tamra that the quinoa was an ancient grain and actually the seed of a plant. Paired with 2007 Montes Alpha Pinot Noir aged 12 months in French Oak, my palate was experiencing heaven.

Then, if that wasn’t enough, on came the Adobo Marinated Flank Steak with Chilean salsa, Potato and Onion Timbale and a 2005 Santa Ema Catalina. I was left to try and choose which of the reds I enjoyed more…and couldn’t do it.

Sneaking back to the kitchens to see the more-than-competent staff create the dessert, I shot some fun photos and then raced back as not to miss a bite. I did note that there was a friendly feel among them and I was happy to see that a meal this noteworthy could be managed so pleasantly.

My Dulce de Leche Ice Cream with raspberries, apricots and a to-die-for perfectly warmed Caramel Shot was accompanied by a 2008 Montes late harvest Gewurztraminer. I don’t usually eat desserts. I don’t usually enjoy late harvest wines. But, then again, I’d never had Chilean food in my life. It was not a night for usual tastes; it was one that was as Alex Guarchi had suggested, “Be open to the wine and food – and let them speak for themselves.”

Every year I reflect back on the best wines I’ve enjoyed the past year, and … END_OF_DOCUMENT_TOKEN_TO_BE_REPLACED