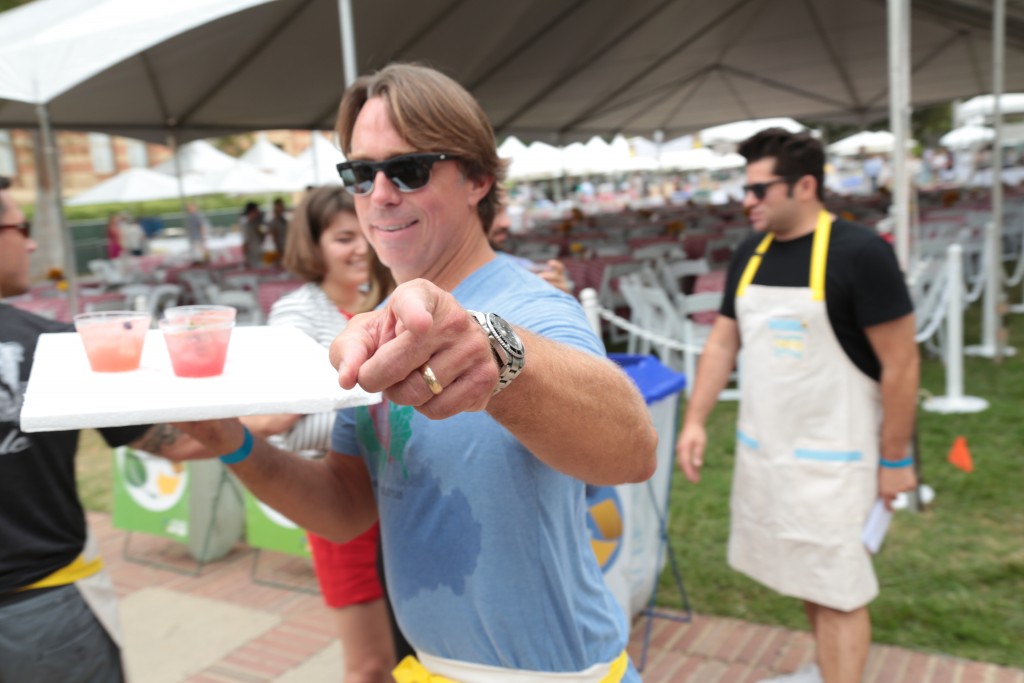 The day is filled with delicious foods from coast to coast, cocktails for a cause, a treasure trove of children’s activities, live and silent auctions of exclusive experiences and packages as well as the signature Alex’s Lemonade Stand manned by youth volunteers.

Pricing for General Admission tickets is $195. L.A. Loves Alex’s Lemonade will also offer a $1,200 premier ticket that includes a behind the scenes tour of the venue, an opportunity to meet the chefs and watch as they prepare their dishes, and exclusive access to the private Chef’s Dinner the evening before (Friday, September 9).  In the spirit of the culinary cookout, children under the age of 12 are free with an accompanying adult, and do not need to register for the event.

For complete listings of participants and to purchase tickets for this year’s event visit the ALSF website. All proceeds will benefit the Foundation.

Galvanized by their participation in The Great Chefs Event in Philadelphia founded by Chef Marc Vetri and his business partner Jeff Benjamin, the first culinary event to benefit Alex’s Lemonade Stand Foundation, Goin, Lentz and Styne were determined to engage the philanthropic prowess of the LA community. From the onset, supporters embraced L.A. Loves Alex’s Lemonade, making it the most anticipated culinary celebration of the year. Goin, Lentz and Styne have rallied to make L.A. Loves Alex’s Lemonade an everlasting tribute to a young girl’s commitment to help all children struggling with cancer.

From its inception in 2010, the event has sold tickets to capacity and raised over $3.2 million for the Foundation’s efforts in funding research for childhood cancer treatment and cures. In addition to the generous backing of the community, prominent personalities from the entertainment industry – long time attendee Jimmy Kimmel, Lena Dunham, Laura Dern, Joe Mantegna, Timothy Olyphant, Kirsten Vangsness and others – have become champions to the cause.

More than 2,000 people, including more than 100 chefs, mixologists and vintners, attended the 2015 event, which raised a record $1 million. Those in attendance heard an inspiring speech by Jay & Liz Scott, Alex’s parents, and co-executive directors of Alex’s Lemonade Stand Foundation, and hero speaker and cancer survivor 11 year-old Samantha Hill, highlighting the importance of how one individual can make a difference.

“We can only describe what has happened the last six years as magical. There are so many people that come together for such a worthy cause. It’s thrilling to see everyone having a great time with the best food, wine and spirits, all in name of Alex Scott,” said creator and host chef Suzanne Goin. “From the moment we decided to create a culinary event, Alex has inspired us and her legacy makes us strive to raise more funding for research. Once you hear the story of her life, you can’t help but get involved.”

“We have been thrilled to watch year after year as the L.A. Loves Alex’s Lemonade continues to exceed our expectations,” said Jay Scott, Alex’s Dad and Co-Executive Director of Alex’s Lemonade Stand Foundation. “The spirit surrounding the day, and the dedication of those involved reminds me that when we come together, all things are possible, including moving toward the day when cures become realities for all kids with cancer.”

For information on how to become a sponsor, contact Jay Scott at Alex’s Lemonade Stand Foundation, (610) 649-3034 orjay@alexslemonade.org.

Alex’s Lemonade Stand Foundation (ALSF) emerged from the front yard lemonade stand of cancer patient Alexandra “Alex” Scott (1996-2004). In 2000, 4-year-old Alex announced that she wanted to hold a lemonade stand to raise money to help find a cure for all children with cancer. Since Alex held that first stand, the Foundation bearing her name has evolved into a national fundraising movement, complete with thousands of volunteers across the country carrying on her legacy of hope. To date, Alex’s Lemonade Stand Foundation, a registered 501(c)3 charity, has raised more than $120 million toward fulfilling Alex’s dream of finding a cure, funding over 550 pediatric cancer research projects nationally.

***All chefs and vintners have graciously donated their time, food and talent to the cause for this event***