Paso Robles, Calif. – The Paso Robles CAB Collective celebrates the family roots that run through member wineries. In many cases, multiple generations work together to create exceptional, age-worthy Bordealais wines that are highly coveted. It is this family commitment to winemaking and grape growing, and to the continued stewardship of the appellation, that has contributed to the growing success of Cabernet Sauvignon and red Bordeaux varietals and blends from Paso Robles. 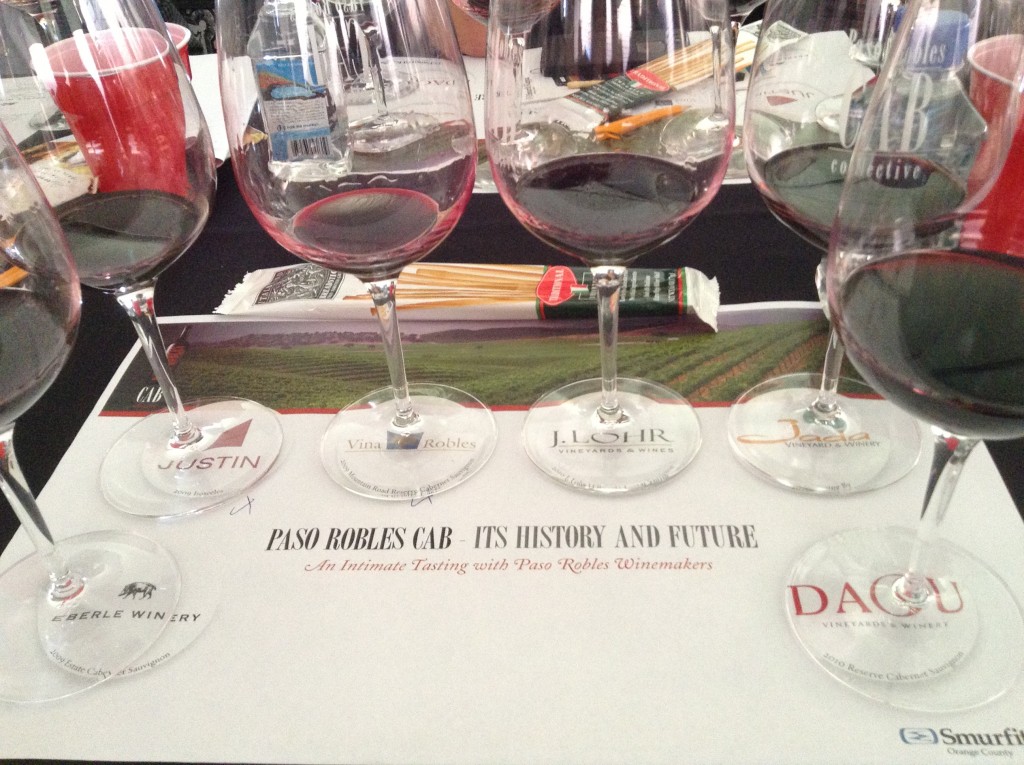 One of the founding members of the CAB Collective is Daniel Daou who, along with his brother, Georges, connected to their experience playing in their grandfather’s ancient olive groves in Lebanon and eventually began their winemaking journey. After immigrating to France, the brothers became passionate about the wine country lifestyle. After starting their careers in technology, the Daous returned to their agricultural roots, planting vines on Daou Mountain in the Adelaida District of Paso Robles. Ten years after founding DAOU Vineyards & Winery, the business continues to be a family operation, with daughter Lizzy joining the winery as assistant winemaker after graduating from the Wine & Viticulture program at California Polytechnic State University, San Luis Obispo, and daughters Anna and Katherine involved in winery hospitality and trade relations. “Nothing makes me happier than working alongside my children,” says Daniel Daou, “the future of DAOU will someday be squarely in their hands.

Lohr Vineyards & Wines celebrates 43 years of family winemaking and grape growing in Paso Robles and the Central Coast. Respected internationally, the Lohr family’s success is attributable to founder Jerry Lohr’s vision and the longevity of key personnel who collectively craft iconic wines from 3,700 acres of sustainably farmed estate vineyards. The second generation, including CEO Steve Lohr, Trade and Brand Advocate Cynthia Lohr, and Director of Education Lawrence Lohr, work alongside Jerry to relentlessly champion Paso Robles’ promise. “Our father approaches J. Lohr with a farmer’s acumen and an engineer’s precision, drawing from his South Dakota roots and his engineering education,” shares Cynthia Lohr. “His wisdom guides the collaboration between our vineyard, winemaking and production teams each vintage.”

Located in Paso Robles’ Adelaida District, Parrish Family Vineyard has a grape growing tradition that dates back to 1925. Parrish Family Vineyard is led by the esteemed winemaker and luminary in trellis technology, David Parrish. Today, his wife, daughter and son-in-law are all involved in the winery making it a truly family-run business. “My learning really started at a young age with my dad. He taught me about responsibility and working hard – cleaning the horse stalls, pulling weeds and eventually working summers in the vineyard,” shares Cecily Parrish Ray of growing up in the wine world. She credits this work to understanding the commitment, determination and passion required of owning and operating a business, recognizing that it takes hard work as well as a positive outlook to find success in the wine world.

For the Ribolis, the family legacy of winemaking began 100 years ago when San Antonio Winery was founded. To this day, rich history and the importance of family is the strong foundation the business is built on. “Family has always been the most important thing to us,” shares Anthony Riboli, fourth generation winemaker. “We grew up watching our parents and grandparents work hard to build the business, while always putting family first. This value has been instilled in me, and I strive to pass it on through my family.” Riboli Family Wine Estates continues a proud heritage of winemaking that spans four generations. The commitment to producing award-winning wines includes investing in some of California’s most prestigious regions, including the El Pomar District and Creston AVAs of Paso Robles.

First generation grape grower and winemaker, Michael Mooney, and wife Margene are fulfilling their dreams of owning and operating a family winery and vineyard in the area where his forefathers settled. Their family history in San Luis Obispo County dates back five generations – Mooney’s great, great grandfather, Victor Linares, received land in the area as part of a Mexican land grant in 1842. Today, Mooney’s sons have followed him into the wine business. “Our oldest son Chris worked for the family winery for 10 years and our younger son Jon is now an integral part of the operations at the estate and winery,” shares Mooney. “Margene is the CFO and her brother Bill manages the horticultural side. Bill’s son also works in the vineyard and tasting room. We’re proud to say that we are a family-run business, in every sense of the word.”