The owners of Santa Clarita Valley’s latest and most high-end restaurant, Larsen’s Steakhouse, have been diligently waiting for my review. Right. The truth of the matter is I had been to the bar, like most curious folks, for Happy Hour. But I didn’t really dig it. 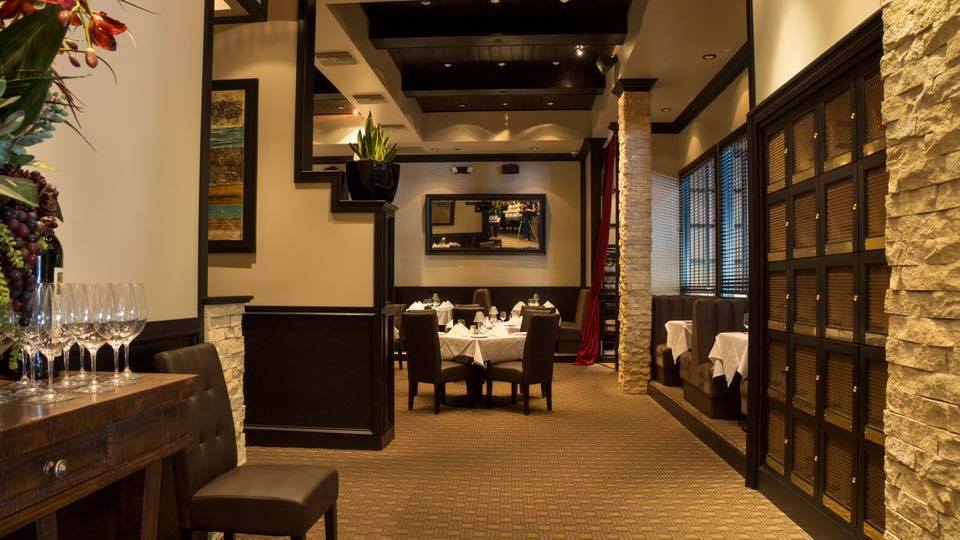 I had ordered a red wine by the glass. I sat still as my server poured from the bottle into my wine glass, watching the sediment slip off the inside of the bottle and…into my glass. I waited a second, and she said nothing, and if you can believe this, she darted off before I could. So I waited for her to return to ask for a fresh pour.

She never did, not until my husband spotted her a good 15 minutes later, and at that point all I wanted was the check. I was left to wonder, for too long, if she knew the wine shouldn’t have been served like that or just didn’t care. Either way, she needed some training in bar service.

I returned again, this time sticking to a can’t-be-botched-unless-the-shaker-was-used-for-a-sweet-drink-and-not-washed-properly-afterwards vodka Martini. I had the Kobe beef sliders as well. Both were fine. The service was nothing to write about, and neither was the experience.

Now, full disclosure: I’m a cheapskate and rarely seek out dining options where I have to order everything separately, like sides. I was raised by a single mom, and have never learned to spend money unless I feel that it is really worth it. So, when I was invited to dine at Larsen’s it gave me an opportunity to try it – and judge its worth again.

Meaning: Would I go back and pay for this? I’m happy to report that the answer was YES! I finally got the service and the food I expected.

Our group of 10 was seated in a semi-private room with maybe two other smaller groups. Somewhat in this order: drink orders were taken, the hefty wine list was promptly handed to our host, and menus were placed in front of us.

Within moments cocktails and wines were served, appetizers were presented, and our dinner order was taken. I’ve got issues with dairy and my waitress was very knowledgeable about what sauce I might like on my steak and which sides I may enjoy.

This time the service reminded me of a grand meal I had with a bunch of Fire Chiefs in New Orleans at Emeril’s, where we each had our own waiter that attended to our needs. We didn’t have that exact personal service at Larsen’s but we did have at least 10 servers when the entrées were served – all at once.

Each of the plates, that could have just held a nice cut of steak, also had a large serving or roasted garlic – which was an extra thrill for me and the garlic-loving woman that sat next to me!

The sides (a large selection was ordered) were all family-sized so next time I could easily have one for my small family of three, if we only wanted one. So the idea of ordering sides separately, at a great cost, was reduced as there was so much. (I even have a couple of containers in my fridge right now as leftover proof!)

Petite Filet Mignon with a Berry and Wine Reduction Sauce

(*I couldn’t find the desserts on any of the online menus, so these are from memory.)