San Jose, Calif. – J. Lohr Vineyards & Wines is excited to announce that Steve Peck has been promoted from winemaker, red wines to director of winemaking. In his new role, Peck will be responsible for leading the family-owned-and-operated winery’s winemaking program at its Paso Robles and Monterey County wineries, which includes five acclaimed tiers of wine. An invaluable member of the J. Lohr team since joining the company in 2007, Peck is the handpicked successor to Jeff Meier, who has been with J. Lohr since 1984 and has been COO, president and director of winemaking since 2013. With Peck’s promotion, Meier will focus exclusively on his role as president and COO and will continue to work alongside the Lohr family to guide the future of J. Lohr. 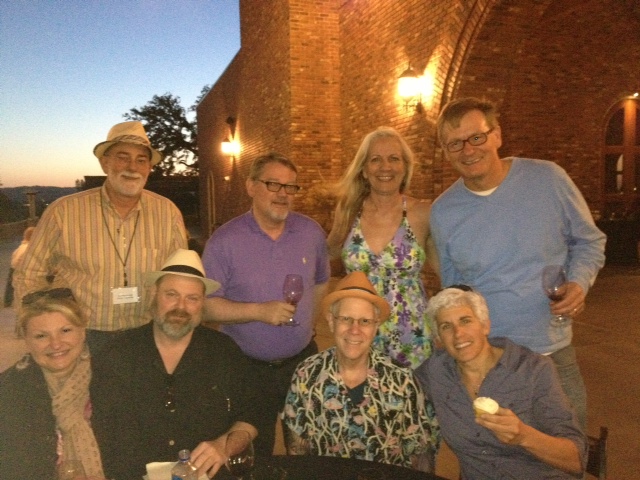 After a career that included positions as the winemaker for Five Rivers Winery and Jekel Vineyards, Peck was named winemaker for the full portfolio of J. Lohr red wines in 2007. In the decade since, Peck has made some of the most highly rated wines in J. Lohr’s storied four and a half decades, and has earned a reputation as one of the Central Coast’s most respected winemakers. In 2016, Peck was honored as Winemaker of the Year by the San Luis Obispo County wine industry.

“Steve is a gifted winemaker and team leader who makes everyone around him better,” says Meier. “From his involvement in the creation of our Rhône-focused J. Lohr Gesture wines to the debut of our J. Lohr Signature Cabernet Sauvignon, Steve’s love of innovation and experimentation, along with his remarkable winemaking skill, have helped to set new benchmarks for quality and creativity at J. Lohr. Steve also understands our commitment to making wines with a deep and authentic sense of place. His collaborative approach with Kristen Barnhisel, winemaker, white wines; Brenden Wood, assistant winemaker, red wines; Karl Antink, production winemaker and our vineyard team is something that you can taste in every J. Lohr wine.”

Meier, named J. Lohr’s winemaker in 1995, has played an instrumental role in establishing J. Lohr as one of North America’s most successful wineries, and has helped to introduce a global audience to the wines of Paso Robles and Monterey. In his continuing role as president and COO, Meier oversees marketing, operations and production for J. Lohr.

“As a leader who believes in cultivating talent, I know that Jeff is proud to pass the winemaking baton to Steve,” says J. Lohr Founder and Chairman Jerry Lohr. “Over the past 34 years, Jeff’s contributions to our success have been innumerable. He is a master of his craft, who helped to shape our reputation for quality while creating iconic wines that have brought global attention to the Central Coast. We are a winery that values our employees—they are our extended family and our greatest strength. Jeff has built a world-class winemaking team with a culture of trust, respect and excellence that will ensure that our future is as dynamic and successful as our past.”