This week I tasted a new Prosecco (at least it was new to me) and along with the bottle for review I received a little education for wine 101ers on the difference between Italy’s Prosecco and France’s Champagne. 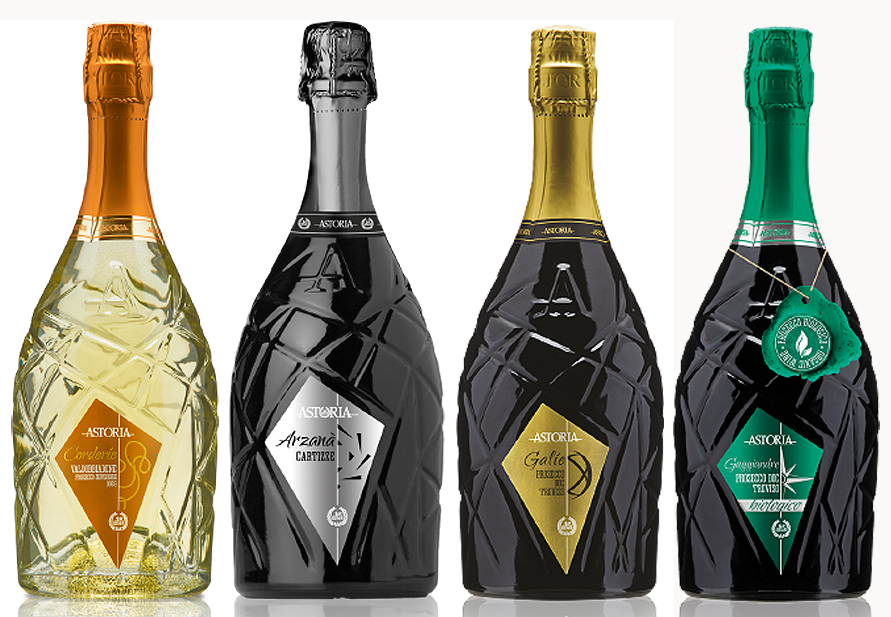 First will be my review of the wine and second will be the information from the winery, Astoria Prosecco.

When I opened the shipping box the first thing I noticed about the wine was the bottle: it was a in a design that mimicked a large cut crystal wine goblet topped with shiny red foil – very eye catching. Once opened I got aromas of grapefruit, freshly sliced green apple, peach and pear. The same pear and peach were easily detected in the taste, followed by lemon-lime and orange zest. After my sample I made crisp Aperol Spritzers with the remaining wine. All in all, bottle design included in my evaluation as it was so unique, I would give Astoria Prosecco 91 Eve Pts.

The wine world is full of common myths. Perhaps most common is the misconception that all sparkling wines are created equal. Take Prosecco and Champagne — two bubbly bouteilles of equal delight that are surprisingly cut from two very different cloths.

Let’s break it down: