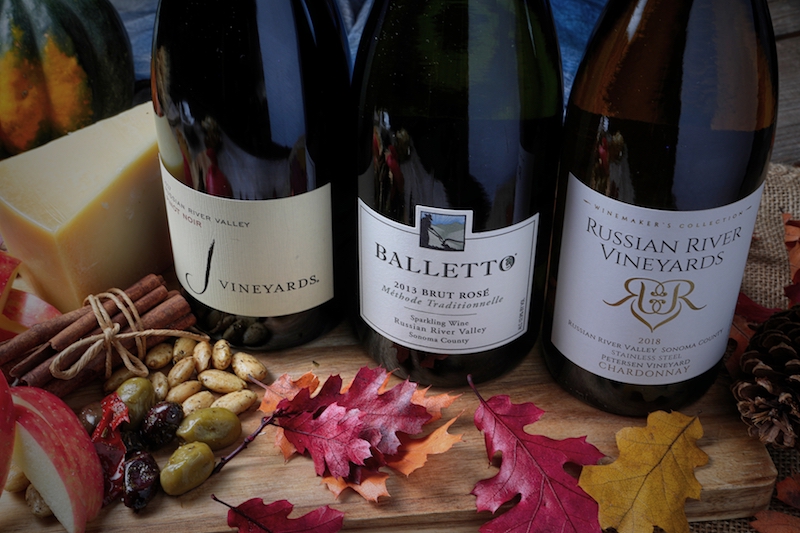 The Sonoma County Harvest Fair hosted 18 judges over the course of 2 days for a competitive tasting. In the end, the three wines chosen for the top honors are:

“My panel had arguably some of the most amazing wines of the competition,” says wine journalist and Harvest Fair Wine Competition judge, Laura Ness.  “We felt we had the makings of a sweepstakes-worthy chardonnay in that Russian River Vineyards Petersen Vineyard, and it proved to be an all-around palate pleaser. Russian River really showed its special stuff in this well-run and highly competitive contest, from a plethora of wonderful rosés to exquisite pinot noirs. Kudos to all the winemakers for a great effort on every level.”

The Russian River AVA was established in 1983 and is the second largest appellation in Sonoma County (Sonoma Coast is the first).  The area is known for its cool, foggy nights and mornings, which is the perfect weather for cool climate varietals like pinot noir and chardonnay.

Just as a wine region like Burgundy is filled with villages, the Russian River Valley is made up of six smaller areas called “neighborhoods” that stretch from Sebastopol to Santa Rosa and from Forestville to Healdsburg.  A new UC Davis study shows scientific proof that each neighborhood is made up of unique soils and terroir that exhibit specific characteristics in the wines resulting in unique textures and aromas for each area.

The Russian River Valley Winegrowers are also celebrating member winery, Gary Farrell for making the list of the top 100 international wineries according to Wine & Spirits magazine.  The region is included in Wine Enthusiast magazine’s declaration of Sonoma County being the “Wine Region of the Year”, and all member wineries are currently celebrating Sonoma County Wine Month as declared by the Sonoma County Vintners.